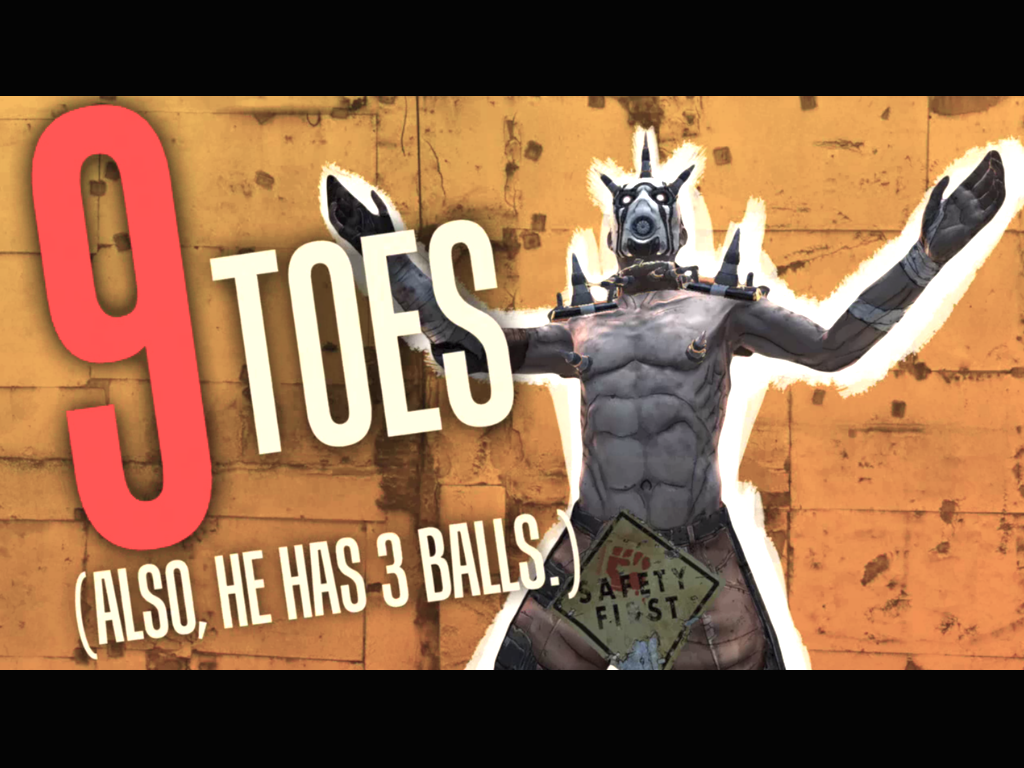 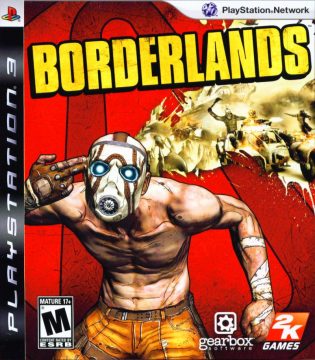 There was a point in time when nobody really knew who Gearbox was, unless you were really into Half-Life. The studio found success with some mods for Gordon Freeman’s first adventure, then spent the next several years mainly doing port jobs and some forgotten Brothers in Arms games. It wasn’t until 2009 that the studio found its name with a huge risk of a project, starting its development into a name spoken mostly in scorn by critics and audiences alike. Of course, nobody really saw their self-shot foot until Aliens: Colonial Marines finally released. Before that, they were simply the Borderlands studio, the people responsible for what seems like one of the strangest big budget projects ever conceived on paper, but proved to be one of the most ingenious combinations in practice. 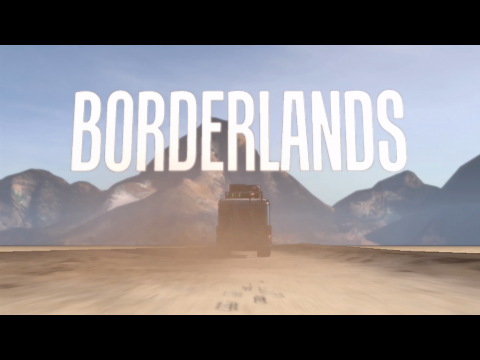 The original Borderlands is very narrative light, as the studio was more interested in the central game design idea early on. Eventually, they came up with a sci-fi twist on the story of Pandora’s box, telling the story of four “vault hunters,” people who search out mysterious alien vaults for whatever they contain – hopefully something they can sell for a lot of cash. The hunters have arrived on the backwater planet of Pandora in search of a rumored vault, ready to take on the rampant bandits and vicious native wildlife to reach the mythical loot. Helping them along is their “guardian angel,” a mysterious someone appearing to them as hazy, FMV video in their mind, though what she wants is unknown. The four vault hunters this game are…

Mordecai the Hunter – A weirdo with a pet alien bird (if it even counts as a bird) named Bloodwing. He’s filled with snark and spite, with his skill trees focusing on buffs with revolvers, snipers, critical hits, and giving his pet more uses and power in battle. His action command has Bloodwing come out to deal big damage to an enemy. A high risk, high reward character.

Lilith the Siren – While not yet established, Lilith is one of the six living sirens in existence, women with strange magical or alien powers. She can use her “phasewalk” power to turn invisible for a short time and run around the field, leaving elemental explosions when she enters and exits it. Her skill trees focus on hit and run tactics, making better use of elemental damage, and improving her own and the team’s ability to survive. Best used to support the team by picking off small fries and sneaking in to damage tougher enemies a bit.

Roland the Soldier – A former member of the Atlas corporation’s elite military unit, the Crimson Lance. He left after his superiors tried to frame and kill him. He’s the most basic member of the team, with skill trees focused on strengthening shields and improving basic fire arm use. However, he can also heal his teammates by shooting them with the right abilities, and can place turrets in the field for covering or support fire. Solid as a medic or providing cover fire.

Brick the Berserker – Brick is some guy who punches things really good. His skill trees focus on melee buffs, making him more durable for tanking, and buffs to explosive weapons. His special ability is a berserk mode, which does exactly what you think it does – trade the ability to take damage for way more ability to dish it out in mass.

The story is entirely an after thought for the main campaign, filled with moments that don’t have much texture or meaning thematically or even to the player themselves. It’s all a way to keep the player engaged in case the gameplay loop isn’t enough, though there’s still some fun character writing to be found, especially with the gun dealer Marcus, the Catch-A-Ride service owner Scooter, and the series mascot Claptrap. It’s not really until the four DLC campaigns that the game starts to flex its writing muscles and shows the promise of what Borderlands 2 would later become. 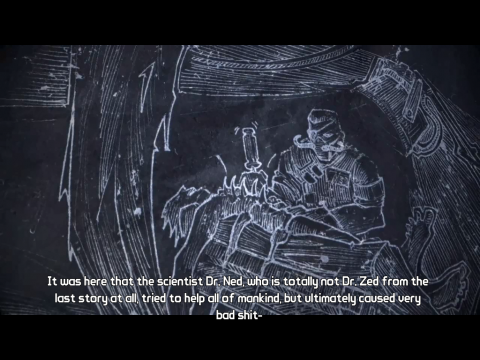 Each DLC costs a bit, but they’re all worth it – to a point. Moxxi’s acts as her introduction, but is almost devoid of story in favor of providing combat challenges with her fun but limited commentary. It’s notable for the debut of one of the series most popular characters, but you really have to dig the gameplay to get any enjoyment from it. The Dr. Ned one before it fairs much better, focusing on zombie style enemies that function completely different from enemies in the main campaign and provide a welcome change of pace, all while the writing becomes much more tongue in cheek to create some of the funniest lines in the whole game. It’s the General Knoxx DLC that starts to wear thin, as the focus on vehicle combat becomes a frustration rather than a source of variety and fun, but the writing is perfectly on point with its sense of humor, complete with a villain who just really doesn’t want anything to do with the story he’s in. The Claptrap Revolution campaign also ends up doing quite a bit of world building and makes for a fun cap-off to the whole journey, complete with some boss rematches, but competionists would probably be worn ragged by here due to the ridiculously long grinding missions to collect claptrap parts. Do the Dr. Ned campaign, try Knoxx, and if you’re getting tired by then, it may be wise just to enjoy the Claptrap one via LPs or long plays. Moxxi’s Underdome is for battle junkies only. 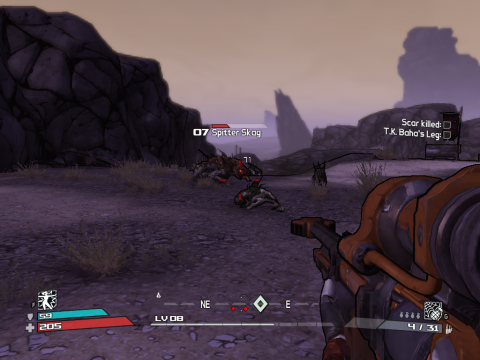 The real reason Borderlands is worth anyone’s time is for the far too effective shoot, loot, and level up gameplay loop central to the franchise’s core. It’s simple get a mission and complete it structure, said missions being used to direct you around the world. Waypoints appear once you have a goal, helping you avoid wandering into higher level areas with enemies you’re not ready for yet. From there, you find enemies to take down, all whom drop ammo, money, and guns, among other goodies. You can also find more from safes and chests, among a few other containers that contain ammo and randomized loot. That’s not anything new on the surface, but Borderlands’ randomized loot system is absurdly complex to the point that it radically changes how you can play the game with just one good drop.

Every gun you find in the world has a different manufacturers, who all have different ideas on how a gun should function. S&S makes guns with large clips, Hyperion focuses on accuracy and lowered kick back, Jacobs is all about pure power, and so on. However, guns come with random extra modifications that can completely change how they function. A shotgun that shoots rockets becomes a mini-launcher that becomes more useful aiming at the ground around an enemy. A repeater pistol with high fire rate and reduced kickback becomes an ultra-accurate SMG. A revolver with a scope and high damage output can become a headshot machine, close range sniper rifle. This doesn’t even get into hidden statistics, like the quality of a scope on a gun and the actual speed bullets shoot out of the gun in question, something absolutely central to sniping enemies from afar. 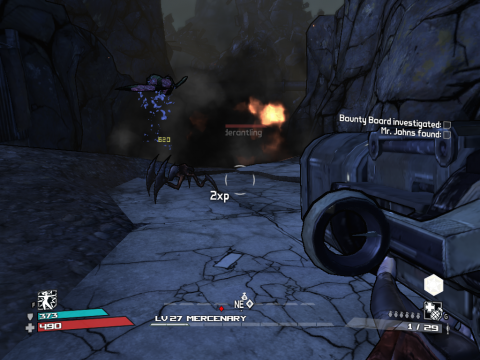 What this means is that the usefulness of your guns doesn’t just come down to it if has a bigger number, but the various changes in it that can make its situational use completely shift. When you add in the skill trees of every character, the end result is that you find yourself leaning into certain styles of play or learning to use incredibly effective guns in new ways for greater efficiency. Experimenting with what you get or buy completely changes the rhythm of battle, leaving the game feeling fresh for a long while, the loop only really weakening in the DLC campaigns.

There’s also some early first installment jank in the design rife for exploits, not unlike the first Mass Effect. While leveling up for skill tree points is fairly straight forward, there’s also a second system that grants additional stat bonuses when using certain gun types. The more you use a particular type, the more bonuses you get, which can result in you almost always using a certain set of guns for long periods. Playing as Mordecai can actually break the game’s difficulty, as a combination of sniper or revolver bonuses with either of those trees as your focus can make any other weapon effectively pointless (except for shotguns, which are needed for airborne enemies). Get a class mod for your character that regenerates sniper ammo, and you are set for life. 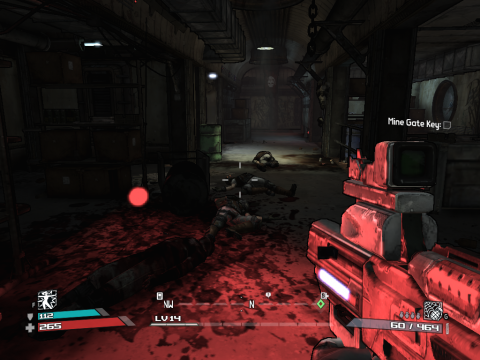 Also like the first Mass Effect, there are little technical issues here and there that stack up to create less entertaining jank. Flying enemies require the shotgun in this game because of the spread, but also because every other gun type either has too small a hit box (mainly with launchers) or flying enemy patterns are made awkward with a lot of the map layouts. Trying to get SMG or machine gun shots off on anything in the air that isn’t the giant Mothera reference bonus boss is near impossible. Enemy AI is also really basic, which can be fun at points (like lining up a perfect revolver headshot in a slow walk), but can also make some fights feel unsatisfying to win (like enemies usually staying still if you use Lilith’s phasewalk instead of moving around to look for her). This results in the difficulty using being made by flooding an area with enemies, which is its own double-edge sword of a design choice, becoming almost unbearable by the General Knoxx campaign.

Despite all this, the game’s presentation manages to make the game engaging the whole way. The writing is generally scare but solid when there, and the almost cel-shaded graphical style gives the game a look that stands out from the crowd, even if facial animations almost seem non-existent. Add in the soundtrack’s banjo and western feel, and the game oozes personality that’s equal parts wild west yarn, wasteland black comedy, and sci-fi adventure. Starting the game off with a slick cutscene introducing the cast set to Ain’t No Rest for the Wicked by Cage the Elephant is just the perfect tone setter and a great microcosm of the game’s best moments to come. 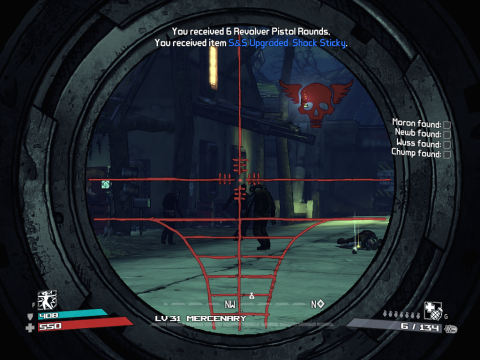 This is all fine and good, but the game’s real aim is to create a co-op good time, with the dungeon crawling of Diablo in a more traditional table top set-up. It’s all about having fun with friends, working as a team, and finding wacky and ridiculous solutions to problems, made possible with the randomized gun system. It’s plenty fun alone, but the mobs get bigger with friends and create some truly impressive chaos. Borderlands is one of those rare video game RPGs that manages to capture a bit of the experience of playing a game of Dungeons and Dragons among pals, even toying around with that concept in a sequel DLC, and managing to tap into that long unscratched itch resulted in a surprisingly successful game.

The first Borderlands is missing a lot of fine touches, but the core game ended up becoming a wonderful framework for sequels and world building. The fact you can find yourself playing it for so long despite it lacking the juicy parts of the meat says a lot about how strong the shoot and loot recipe really is, not to mention the great co-op work. The sequels are all better, no question, but the first game holds up way better than you’d probably think.