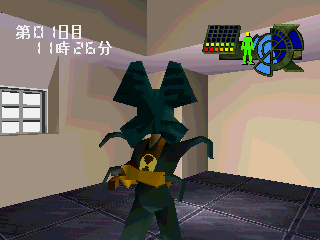 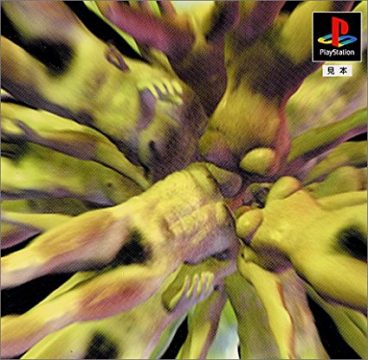 Coming up a year after the PS1 adventure game Mizzurna Falls, Germs: Nerawareta Machi (“The Targeted City”) is an open-world mystery adventure game, though this is one played entirely from the first person perspective, similar to the Kings Field games. You control a newspaper reporter who has returned to their hometown to investigate mysterious occurrences regarding strange mutated creatures. The city is quite large, and you can navigate by walking, driving a car, or taking a bus. Though much of the game consists of exploring, there is some combat, and getting killed will actually turn you into one of the creatures, though a quick trip to the hospital will change you right back into a human. When you kill anyone – mutant, human , or otherwise – you can view their remnant thoughts, which may give some clues on how to proceed. 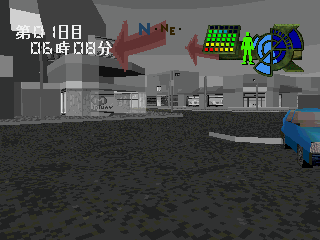 But the real draw about the game is how absolutely strange and surreal it is. For starters, the packaging: it’s an image of distorted naked human bodies, without even a logo or a title – the name is only listed on the side of the spine card. All of the exterior areas are displayed almost entirely in black and white, similar to an old sci-fi movie, except for the gigantic red arrows floating in the sky that indicate which of the few buildings you can actually enter. There are no other cars or people on the road, either, giving the city an extremely eerie atmosphere. At one point you’re joined by an NPC, but there’s no pathfinding AI, so he just warps around to wherever he needs to be. There’s a movie showing alien spacecraft flying through another planet found on the game CD, but no apparent way to view it in the game nor any clue what it actually means. 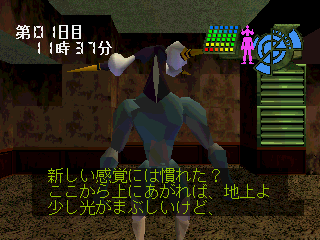 And then there’s the designs of the aliens themselves, which are bizarre in and of themselves. Some NPCs have textured photograph on their faces, which is disturbing; others have no faces at all, which is creepy in an entirely different way. And even though there are technically gameplay rules and a story, there’s no real ending. Even though it’s not quite as colorful or trippy as LSD on the PlayStation, just hovering around the dream-like world is fascinating on its own.