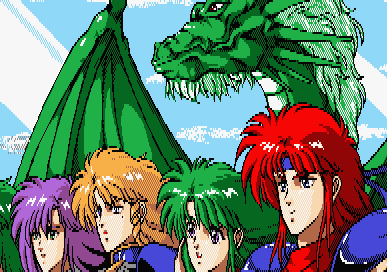 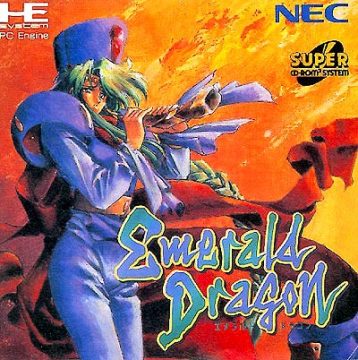 For most Japanese RPGs, having a strong storyline is essential, but it wasn’t always like this. Back in early days of the genre, plots in most video games were fairly thin, relegated primarily to the manual, if at all, while the game itself focused on either combat, exploration, dungeon-crawling, or a mix of the three. The late 80s saw a bigger push for better storytelling in these types of games, inspired primarily by manga and anime. While Falcom’s Ys and Square’s Final Fantasy are fairly well known, Glodia’s Emerald Dragon also deserves accolades for its approach. 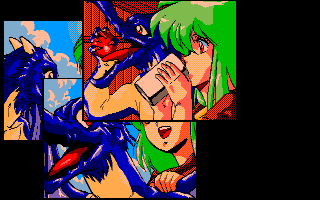 The story begins focusing on the land of Ishbahn, where dragons and humans once lived together in harmony. However, a curse is placed on the country, causing the dragons to migrate to another dimension, thus allowing them to live in peace. Thousands of years pass as the two races exist separately, until a young girl is mysteriously shipwrecked in the dragon kingdom. She is given the name Tamryn and raised as one of their own until she becomes a teenager, at which point she decides to return to the human world. Upon her arrival, she discovers a country under siege, and summons her dragon family to come to her aid. The dragon Atrushan, essentially her adopted brother, takes human form in order to exist in human world, save Tamryn, and helps mankind fight against their enemies. Ultimately, this involves resurrecting the Emerald Dragon, and removing the curse that expelled the dragons in the first place.

This is pretty compelling setup for a fantasy story, but Emerald Dragon shines largely thanks to its amusing cast of characters. Though Atrushan and Tamryn are at the center, there’s a fairly large cast of characters that hop in and out of the party. While many of them follow the typical fantasy and shounen manga tropes, they’re a lively bunch, with plenty of fun dialogue. There’s even a party chat command that lets them discuss objectives among themselves, something that became commonplace in later RPGs like the Dragon Quest games. They’re also well illustrated, with character designs by Akihiro Kimura, who later became a manga author. 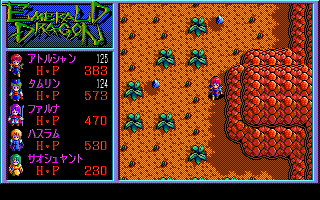 The system is based on Zavas, a previous RPG by Glodia. The battles are a little unique is that you control your character directly on the battlefield, but enemies only move when you move. You only control the main character, while your party members are governed by AI. As such, it’s a good middle ground between the action focus of games like Ys and Hydlide, and the turn-based systems of console RPGs like Dragon Quest.

While its storytelling aspects were ambitious, the original versions still suffer from many of the same issues as other computer games of its ilk – poor dungeon design, slow movement, bad AI in combat, and various glitches. When it was resurrected five years later for release on the PC Engine CD, much of the game was completely redesigned (or at least improved) to provide the polish found in most contemporary console RPGs. Combined with the added cutscenes and other benefits of the platform, it resulted in one of the best regarded RPGs on the platform. A Super Famicom version was released the next year, but as with many CD-to-cartridge conversion, it drastically cuts back many elements, though the core game is still fairly decent. As of this writing, the SFC version is the only one to have been fan-translated. 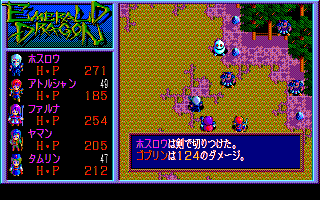 There were a number of novels and comics for Emerald Dragon over the years, but no real sequel. Some staff left Glodia to form a company called Right Stuff, which developed Alshark, a sci-fi game with similar systems, though both companies were out of business by the late 90s. Still, Emerald Dragon has a devoted fanbase in Japan, as Akihiro Kimura has publicly expressed interested in a sequel, and crowdfunded a project called Elemental Dragoon: Futatsu no Hikari, comprising of some drama albums.

We’ve also preserved a copy of the old Emerald Dragon fansite, from back of the olden days of 2004.