As storytellers and game designers, Squaresoft is seen as having entered its Renaissance era in the mid-1990s. While the obvious candidates retain great acclaim, 1996’s Bahamut Lagoon deserves as much mention as its peers.

Great storytellers are often labelled as “mythmakers”. Tales that tap into the grandiose and personal relate to the audience in an instinctive way and endure for this reason. Not only is Squaresoft’s oeuvre from this period defined by its archetypal stories, but it is also peppered with literal mythological references. Much as in Final Fantasy, the great beast Bahamut is here depicted as a dragon of untold power, with the force to shake nations. 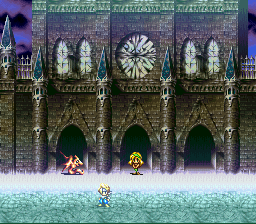 It is no coincidence that strategy RPGs such as Bahamut Lagoon are largely concerned with political themes. Battlefield tactics exist as a consequence of political strategy. While its examination of war’s effects upon people’s psyches does not compare to say, Front Mission 2, it contains a compelling plot and gameplay with significant tactical depth. 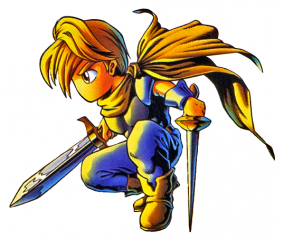 The noble knight leading the Resistance; the definition of the silent protagonist. The player can choose between earnest or sarcastic dialogue responses, highlighting his role as the player’s representative in this world. 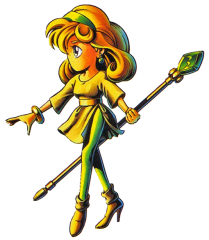 Princess of Kahna and dragon whisperer; struggles with the conflict between her responsibility to her fallen nation, and her growing feelings for the enemy general, Palpaleos. The true protagonist, as the plot concerns her doubts and development. 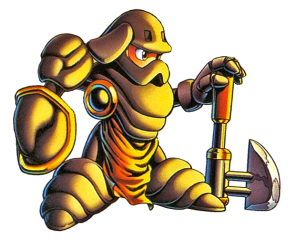 Overbearing knight who thinks he leads the Resistance; haughty speeches provide majority of comic relief. Grows on you, as overall, he’s a pretty good guy. 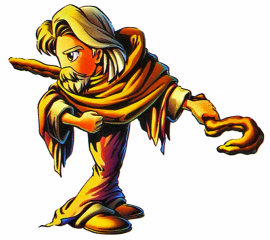 Mentor to Byuu and captain of their flagship, the Farnheit; another source of comic relief who is terrified of appearing as a foolish old man while tasked with the day-to-day tasks of keeping everything running. 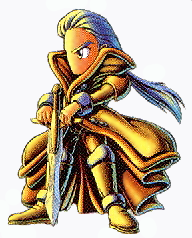 Ruler of Granbelos, supreme warrior and tactician; after conquering the lagoons, obsesses over mastering the Holy Dragons, not merely for power, but to be the most accomplished. Releases Yoyo after her refusal to help the empire, out of decency and confidence in his own skill. 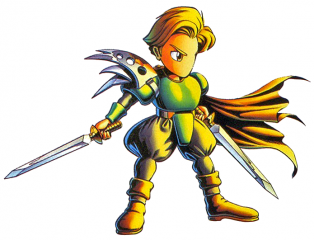 Best friend of Sauzer, renowned strategist and fighter; has supported Sauzer’s dream of the skies since childhood, a la Siegfried Kircheis and Reinhard von Lohengramm in Legend of the Galactic Heroes. 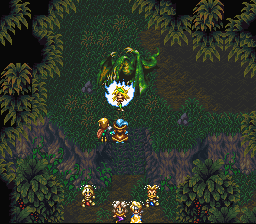 Orelus is a world whose landmasses, called lagoons, drift through the endless sky. Emperor Sauzer of the Granbelos Empire seeks to unite its disparate continents under his rule, and his invasion of the Kingdom of Kahna thrusts the hero Byuu upon his journey. Captain Byuu’s leadership of the Dragon Squad – traditional units supported by battle dragons – repels the initial offensive upon the capital’s gates, yet the imperial forces quickly conquer the small country thereafter, scattering her forces. 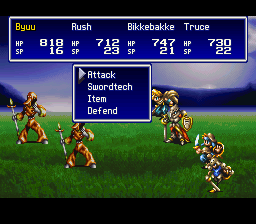 Meanwhile, during the siege, Princess Yoyo attempts to summon Bahamut, Kahna’s super weapon. The beast instead remains dormant, locked away from its keepers and the aspirant Sauzer. The imperial general Palpaleos, close friend to the emperor, is tasked with capturing Yoyo to use her powers to call the world’s remaining dragons to the empire’s banner. Some years later, Byuu emerges from hiding to band the Dragon Squad with other lands’ rebels into the Resistance, liberating nation-states while racing to rescue Yoyo, his childhood sweetheart, and key to harnessing Bahamut and the other Holy Dragons’ power. 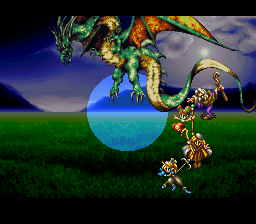 Rather than coming off as being derived from a stock premise, the plot works coherently, due to the charm of the characters and setting. The elements of the piece sync together; the archetypal personalities strengthen the narrative. Like Crono, Byuu acts as a cipher for the player’s personality, bereft of dialogue save for the occasional choice required by the player. There are plucky sidekicks, noble knights and eccentric mentors on the heroes’ side. There are sympathetic anti-heroes fighting for the empire. The conflicted Palpaleos draws the audience’s sympathy, in a completely different take on the romantic triangle, as seen in other Square offerings (compare with director Kazushige Nojima and writer Motomu Toriyama’s work on Final Fantasy VII, VIII and X). Its Church of Memories scenes and island-castle airships are every bit as wondrous as the opera house and the Falcon. Ultimately, its plot defies expectations in becoming Yoyo’s story; Byuu, like the player, becomes an active observer. 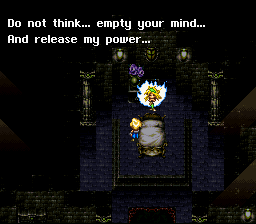 Leading the Dragon Squad into combat is where the game shines brightest due to the unique take on the strategy RPG. Like Ogre Battle, the stages take place on “two levels”; the overhead map of the entire battlefield, and the actual battles between units. Unlike Ogre Battle, the player has direct control of the unit, as if ordering a party in traditional turn-based combat. After the enemy and player have each attacked for a turn, the view returns to the field; the player can also use AOE or field effects against the enemy, refraining from direct combat. The brilliance of this system means the player is always vulnerable on two fronts during the enemy turn, and must be creative to exploit the enemy from both angles without being overwhelmed themselves. 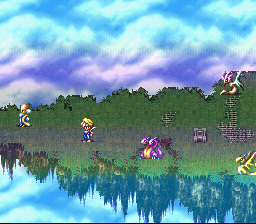 Party composition also factors into chosen tactics. For instance, a party made solely of heavily-armored knights will have their attack buffed, yet have decreased speed (movement range). Replacing one with a light-armored fighter will boost speed, but eliminate the strength buff from having four fighters of the same class grouped together. This allows for the player to either min-max their parties to fulfill certain roles, or form jack-of-all trades units to handle different scenarios. 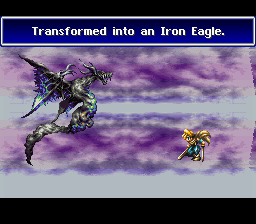 Additionally, commanding the dragons introduces another element to approaching the stages. Each party, or unit, has its own dragon, yet as they are wild beasts, they cannot be controlled directly, but instead given general orders for the turn. Dragons may charge behind enemy lines with the Go! Command, stay in their unit’s vicinity with the Come! Command, or hold back with the Wait! Command. As the player is vastly outnumbered by imperial forces in most stages, finding the right approach with dragons in different scenarios is key to victory. If a dragon’s Loyalty/Fidelity stat is high enough, they may even contribute assist attacks to the party battles. 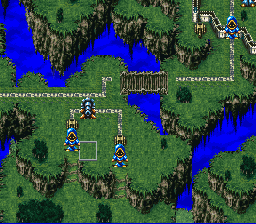 Loyalty is determined by what the dragons are fed between stages. Pleasant tasting things will increase loyalty, and sour or bitter foodstuffs will make them unhappy. Yet there are even incentives to feeding the dragons unappetizing entrees-axes, liquor, poison, and so on will improve the dragons’ combat stats. The correlation between edibles and affected stats is usually clear-weapons will improve strength, armour will boost defence, Fire Grass will raise the elemental affinity for fire. However, these choices also determine the class growth of the dragons; after being fed enough of a certain type of food, they will evolve into particular dragons favouring the stats that were improved. In turn, the dragons’ strength directly affects the power of the character parties. There is a lot more to consider here than whether Eevee will become Umbreon or Espeon. 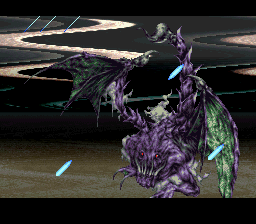 The illustrations of the dragons, albeit static ones, are among the greatest visual treats of the game, and show the care that was put into this work. Human character sprites for the field maps and story sequences are comparable to their contemporaries, and are reminiscent of Rudra no Hihou and Seiken Densetsu 3, in both quality and design. Party battles contain animated sprites, yet lack the same polish and fluidity as those in Chrono Trigger. Nonetheless, small touches like when characters raise their arms in triumph after leveling up – in step with the chime sound in the background–add to their appeal. For a game set in the skies, its backdrops are stunning, and help make it one of the SNES’s best looking. 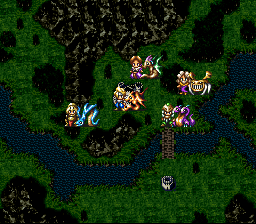 Noriko Matsueda’s compositions for the score are excellent. Like her work on Front Mission 2‘s soundtrack, each piece fits the atmosphere of the scene. Some tracks fit what one’s impression of what “medieval wartime” songs should be, while matching the action precisely. Most, however, stick out. One feels that sense of optimism while the heroes prepare for battle in the airship due to the uplifting tune for that setting. Party battles initiated by the player are keyed to electronic jazz, and when attacked by the enemy, appropriately ominous songs resound, highlighting the tension. There is a particularly eerie track that accompanies a battle against vampire bats and a chimera. Cutscenes are punctuated by pathos-inducing refrains, incorporating classical elements. 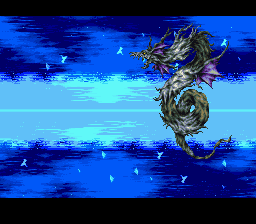 Playing Bahamut Lagoon can deliver both a nostalgia trip and a breath of fresh air. To its credit, its battle system and aesthetics do not merely retread the path pioneered by Tactics Ogre and Fire Emblem, instead providing its own experience. It ranks as a true classic.