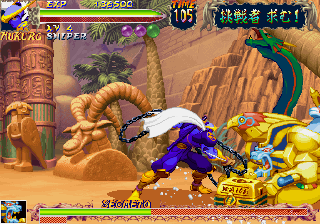 In 1996, 3D gaming was all the rage. Many arcade manufacturers upgraded their hardware, and the face of fighting games was to be forever changed. Capcom, despite competition from Sega with Virtua Fighter, and Namco with Tekken, stayed mostly with 2D. Their CPS3 board produced the highest quality 2D animation that had ever been seen at the time. The first game to be released on the hardware was Red Earth, or Warzard as it’s called in Japan. Warzard is drastically unlike most arcade 2D fighters, in that there are only four playable characters, and eight unplayable boss characters. Many of the characters have different names across versions. 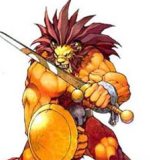 Leo is the king of Greedia. (Who on earth would name a country Greedia in the first place? It must be full of thieves, CEOs, and Wall Street investors….) Anyway, Leo was cursed and turned into a lion, and was banished from his kingdom by mysterious invaders. Leo later returns to Greedia, seeking revenge. 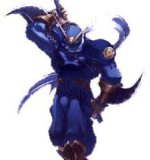 Kenji is the leader of an elite ninja squad, and carries a huge bazooka. He was assigned by the Shogun to fight the airships attacking Zipang. Kenji later begins to distrust the Shogun after he defeats Kongou, a merchant who morphs into a beast. 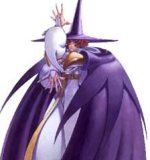 Tessa is a sorcereress who lives in the country of Icelarn. She leaves her homeland to find out why storms are breaking out in Icelarn. She uses a variety of animals when she attacks just like Maria in Castlevania series. 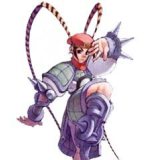 Mai-Ling is a powerful martial artist from Gora. She returned from a tournament to find her home town in flames, and then decides to find the culprit while searching for the missing children of her town. Mai-Ling wears headgear much like Son Goku from the Saiyuuki legend. 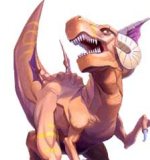 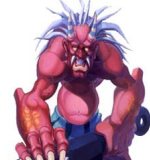 Kongou is an oni that likes wreaking havoc when he is not in human form. 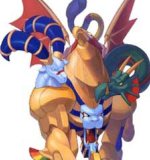 An obvious Cleopatra ripoff that morphs into a chimera and can summon the dead. 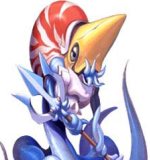 A kraken of epic proportions that wields a trident. 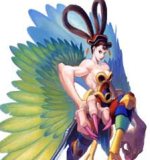 A harpy who lives in Gora. Lavia also likes to skewer things. 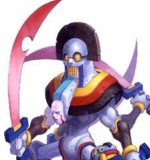 A statue that hunts down intruders in the crypt. He has a primitive version of alternate color characters who change color when facing left or right, a technique that was later perfected with Gil in Street Fighter III. 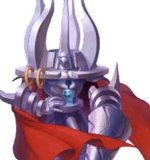 A suit of armor that was brought to life by Valdoll. He wields a some sort of drill lance that shoots lasers. He is by far the coolest character. 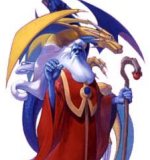 A powerful wizard with two dragons. He claims to be a messiah and has some wicked spells that transform your characters into babies like in Ghouls ‘n’ Ghosts, though he rarely uses them for some reason. 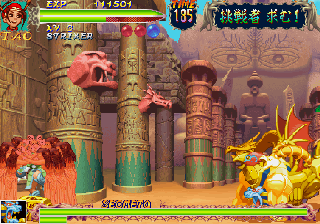 Warzard plays much like other Capcom fighters like Street Fighter Alpha and Darkstalkers, featuring quick, combo-friendly action and six button controls. While the core mechanics are roughly the same, there are a few techniques that differentiate it quite a bit from its brethren. It’s Capcom’s only game to feature scaling a la SNK games like Samurai Shodown and Art of Fighting, which is almost a necessity, given the size of the characters. It also helps you keep a better handle on super jumps, since your character is visible at all times, instead of disappearing into the air with an indicator arrow a la X-men vs. Street Fighter and the other Versus games. There’s also an Ultimate Guard technique, activated by pressing a punch and kick button, which will temporarily block any attack without taking chip damage, and can also let you counter attack. In a nod to Virtua Fighter, you can also execute follow-up attacks when the enemy is lying on the ground, generally pretty rare in 2D fighters.

Like the Mortal Kombat series, you can perform finishing moves such as decapitating your foe or even cutting him in half. This feature is somewhat limited since not all of the four playable characters can perform these “fatalities.” The only other Capcom titles that features these kind of moves are the Darkstalkers series. It’s very surprising when you cut an enemy in half, since there’s no indication, like the usual “Finish Him!” 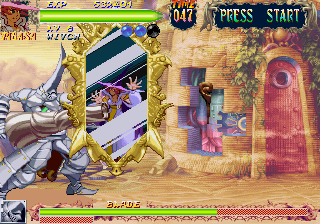 In another interesting twist, Warzard incorporates some vague RPG elements by giving you experience points during battle. While being attacked by successive hits, the enemy will drop little experience crystals, which adds to your score. At the end of each match, you’re graded on technique, and granted even more experience. Once you reach enough, you’ll level up (to the max of level 32), which expands your moveset and upgrades your character’s rank. When you lose, you’ll also be granted a password, which stores your character’s stats. It doesn’t record your progress – you still need to start the game from scratch – but since you have moves and upgraded equipment, it’s much easier to progress through the game. Think of it as a “New Game +”, except you don’t have to beat the game to obtain it. It’s clear Capcom included this to help even the odds against the more challenging foes, as well as to give the single player game more replay value. You also gain experience from fighting against human players, which is proportionate to your opponent’s level.

In addition to experience crystals, enemies will also drop chests, which can yield either food or magic orbs. Food obviously restores a bit of health, while orbs control your super attacks. Each orb contains one of six different elements, and much like RPGs, each character has certain strengths and weaknesses – Hauzer is fire-based, for example, so an ice attack will do a ton of damage. The orb element will in turn determine the type of damage dealt by your super attacks. Each orb also has its own unique super move, which is the same among all four characters. 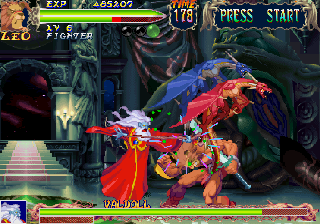 The matches are not divided into rounds, but instead, you simply fight until one of the combatants dies. If you lose, the damage done to your opponent will not reset (it will only recover a little health), and you’ll begin fighting roughly where you left off. You don’t even regain full health after winning a battle – instead, it’ll increase based on how well you fought the battle. When you first play the game, the enemies are much more powerful than the heroes, not only in size and strength, but their health as well.

There are also different paths and secrets to uncover. If you use more than 20 continues over the course of the game, you’re left with a fairly generic and unsatisfying ending. However, if you use less, you’ll be given given the opportunity to see a better one, which depends on the character. If you’re Kenji or Tabatha, you’re presented with a simple “yes/no” choice, but Leo’s depends on whether you use a fatality move on the final boss, and Mai Ling’s is simply determined by using less than four continues. This is pretty rare for a fighting game, and offers considerable replay value if you’re into endings. There are a handful of hidden weapons to find, found through secret (and often difficult) methods. There are also two standard bonus games, where you destroy statues and cannons while increasing your experience points. 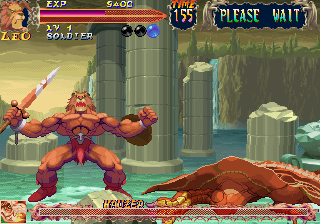 Graphically, while the animation isn’t as fluid as Street Fighter III, Warzard is pretty damn good. The extra power of the CPS-III is mostly used to animate the gigantic enemy characters, which looks fantastic. The details in the backgrounds are absolutely breathtaking, especially the desert where you see the wind blow sand in the far background. You have to admire the designers’ work, considering how hard it is to make pixel art, let alone animate it. The designs themselves are stunning. In the same way that Darkstalkers is inspired by monster movies, Warzard is inspired by world culture and mythology, bringing all kinds of legends together in a completely unique fashion without distorting them beyond the point of recognition (a la Final Fantasy and so many other JRPGs). There really hasn’t been a roster like this in any other fighting game, and there probably never will be.

In a game that features men fighting monsters, you’d expect barbarian music with war drums. Instead, Warzard is a lot like Darkstalkers, using the same synth found in other Capcom games, with lots of fuzzy guitars and such. The music also has a lot of percussion, which is great of you have a sound system that has a lot of bass control. The intermission themes are especially dramatic, although the in-game music is a bit too laid back, despite some awesome stand-out tracks like Greedia and Leo’s Theme. There was a complete soundtrack released that contained an interview with the composer, Takayuki Iwai, who also worked on Street Figher Alpha 3, Super Puzzle Fighter II Turbo, Cyberbots, and Plasma Sword.

Despite its innovations, Warzard flopped pretty badly in the arcades. The lack of playable characters is quite odd, especially since marketing tends to use the playable roster as a bullet point to advertise the game – cutting back the roster may seem like it’s more shallow than its contemporaries, and a throwback to the early days of Street Fighter and Fatal Fury. The lack of characters also completely ruins the game’s tournament aspect, which is ultimately what gives a 2D fighter legs and is especially important in the arcade world. It’s a game that’s intentionally unbalanced to promote multiple plays and level raising. However, you can’t really approach Warzard like Street Fighter – instead, think of it like a beat-em-up that features nothing but boss fights, and suddenly, the structure and mechanics totally make sense. The problem is, it looks and feels so much like Capcom’s other games that it’s hard to make the distinction, at least initially. 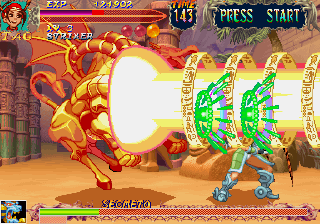 Beyond the game’s issues, the hardware itself causes plenty of headaches too. CPS3 units were very fragile and broke very easily. It took forever to install once it got running because it needs to copy the entire game to the board. The other thing that caused Warzard to flop was the limited distribution of the game – it barely saw any release in North America at all.

Warzard was never ported to any consoles. The PlayStation could barely handle CPS2 games without frame loss or slowdown, and the Saturn could only probably run them with a RAM cartridge – porting a CPS3 game to either of them would’ve been out of the question. It wasn’t until the Dreamcast’s release a few years later that any CPS3 games (the two JoJo’s Bizarre Adventure games, and the three Street Fighter III‘s) saw home release. Unfortunately, Warzard‘s poor performance in the arcades guaranteed that Capcom would never bother. It’s a shame, too, because its focus on single player would’ve been perfectly suited for console play. It wasn’t until the release of emulators in 2007 that people were able to experience Warzard without purchasing expensive arcade boards.