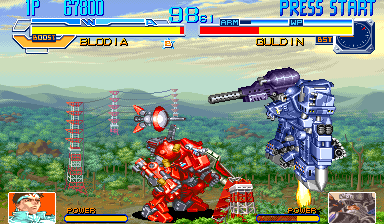 A quasi-sequel to Armored Warriors, Cyberbots: FullMetal Madness was released in 1995. However, while Warriors was a side-scrolling mecha-based beat-em-up, Cyberbots is a mecha-based one-on-one fighting game. It was released by Capcom, one of the masters of the genre, who were coming off the success of Super Street Fighter II: Turbo, Night Warriors: Darkstalkers’ Revenge, and X-Men: Children of the Atom. It saw release in Japan, with only an extremely limited run elsewhere, since becoming a cult classic. 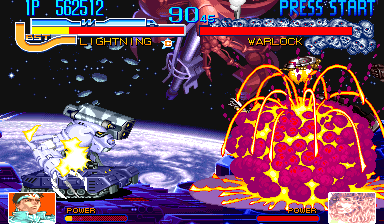 Near the end of the 21st Century, Earth suffers an over-population problem and many people flock to space colonies. However, the army of Earth has begun to conduct experiments, and it’s up to you to decide the fate of our planet. Picking one of six pilots, you then select one of four different types of mech body, known as VAs (Valiant/Variant Armors). They range from the all-round Blodia, to the high-flying Reptos, the speedy Fordy, and the powerhouse Guldin, and you may recognize all four machine varieties from Armored Warriors. Each playable pilot has their own campaign story with solid 90s action game writing, offering a good deal of replayablility. 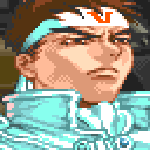 Previously known as Rash in the international version of Armored Warriors, Jin wants to become the best VA pilot after his father died in an accident a year previous. He is friends with Gawaine Murdock. 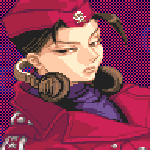 The only female captain of Earth Force, Mary is trying to catch an escaped prisoner. She was trained by Gawaine Murdock. 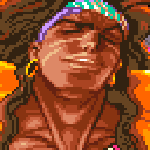 A scavenger and mercenary, Santana was the former leader of the Mars Revolution who now only cares about himself. He knows both Gawaine and SHADE. 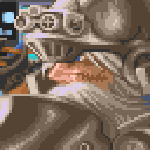 Gawaine used to be a captain of Earth Force before leaving for a life of seclusion after some of his men were killed in a training accident. He’s now back and ready to rumble after Earth Force starts causing trouble. He was Mary’s captain while she was a lieutenant, is friends with the Saotome family, and used to be friendly with SHADE before he became a cyborg. 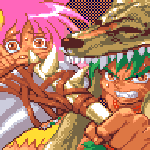 Bao and his younger sister, Mao, have escaped from Earth Force and found a VA which they’re piloting through sheer luck in a bid to make a getaway. 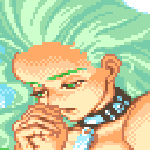 Also looking to make her escape, Arieta was another child that was kidnapped and saw her friends die in the labs. 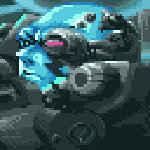 A brainwashed super soldier who was lured to the dark side with the promise of perfection. He pilots the UVA-02 Helion, a helicopter mech seen during stage five of Armored Warriors. 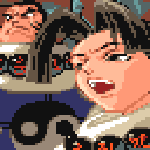 Kagura, alongside his guardian, Hagure, is the head of the resistance fleet, who are trying to stop Earth Force’s doomsday weapon. P-10033 Gaits, their mech, was a standard grunt in Armored Warriors, but is more formidable here. 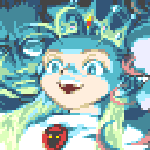 Travelling with her two flunkies (Dave the scientist and Xavier the wizard), Devilotte is the daughter of a famous pirate, with no interest in the conflict. Rather, she seeks out VAs to capture and add to her collection. Her mech, the S-008 Super-8, is a robot octopus that was the boss at the end of stage two of Armored Warriors. 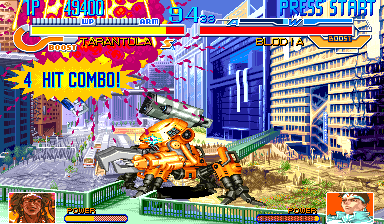 Visually, Cyberbots continues Capcom’s streak of excellent fighting game graphics, with large, characterful, chunky sprites that make it easy to distinguish what is happening at all times. The backgrounds are awesome too, with many being animated; buildings crumble as you clash, crashed ships burn, and outer space flickers behind you. Even the more static backdrops are full of detail and some wonderful pixel art.

Gameplay will be familiar to fans of the Street Fighter series – best of three timed rounds, energy bars that reset in between rounds, and a special bar that builds through attacking and blocking, allowing you to launch a super attack when full. Unlike that series, there are just four buttons – low attack, high attack, a cannon (that can differ wildly in range and speed between mechas), and a boost the allows you to either bum rush your opponent or launch yourself into the air if you find yourself in a tight spot. Special moves can be unleashed using the usual quarter-circle and charge movements that are typical of the genre. If you’re hit too many times, it’s possible to lose part of your mecha, limiting your offensive options until you pick it back up again.

Combat is a little slower than the typical Capcom fighter, and favors getting up close and personal over long range attacks. Landing blows feels crunchy and satisfying, with plenty of visual and aural feedback, but after the first couple of matches the appeal of the game quickly wanes. The big problem is that with so many variant mechas, many of whom are not anthropomorphic, it can be hard to distinguish if blows are coming in high or low, how to best defend against incoming attacks, and sometimes even what is happening at all. Trying to strike from the air is pretty much a bust – you jump too slowly, and your attack range can be limited. The solution to this is to learn the unique attacks of every mecha in the game, as you’re unlikely to be able to cheese your way through after the first few fights, even on the lower difficulties. While a solid game, it’s probably for fighting game aficionados only. 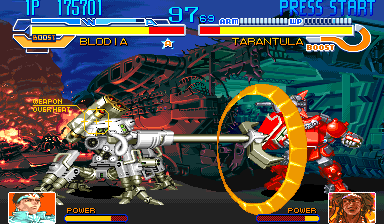 The music varies from electronic tracks to synthy hard rock, which perfectly captures the mood. It was composed by Anachey Takapon, alongside Akari Kaida, Masato Kouda, and Naoaki Iwami. Takapon had previously done the Vampire: The Night Warriors soundtrack, and would later put together the tunes for X-Men: Children of the Atom, Marvel Super Heroes, and Street Fighter Zero 3, among others. The sound effects are great, with cool sci-fi sounds for the attacks, and crunchy blows and explosions.

Cyberbots was ported to the Sega Saturn and PlayStation in 1997, though only released in Japan. Both add Chiyomaru Kagura and Tessan Hagure, Princess Devilotte de Deathsatan IX, and SHADE as playable characters with their own campaign stories and custom mechas (which cannot be changed), as well as having full Japanese voiceovers. The Saturn version utilizes the 1 MB RAM expansion cartridge, allowing for animation that’s almost identical to the arcade version, though it still needs to load between matches. The PlayStation version is comparatively cut down, with slightly longer loads, but still plays just fine. The PlayStation version was also released internationally, untranslated, on the PlayStation Network, for play on the PlayStation 3, PSP, and Vita.

Several character have made cameo appearances, including Devilotte being included in Super Puzzle Fighter Turbo, Jin being a selectable character in Marvel vs. Capcom Clash of the Superheroes and Marvel vs. Capcom 2 (with Devilotte available as an assist character in the former), and the Blodia suit featured as a mech for Sylphie in Namco X Capcom. Jin is also selectable in Tech Romancer, a 3D spiritual sequel released in 1998.