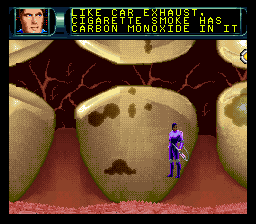 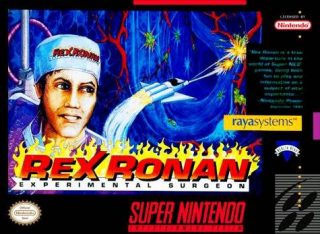 Though it was made with good intentions and was, by some accounts, successful at educating children about diabetes, Captain Novolin is ridiculed amongst gamers who remember it, making it an easy target for satirical articles and harsh YouTube reviews alike. While it’s easy to dunk on nowadays for a variety of reasons, it was apparently successful enough for publisher Raya Systems to justify backing three more educational games for the SNES, one of which was Rex Ronan: Experimental Surgeon. Developed by the same team that worked on Captain Novolin, Sculptured Software, along with the support of the Agency for Healthcare Research and Quality, Rex Ronan was designed to educate kids on tobacco use by showing them the potential horrors it can inflict on the human body. Rex Ronan feels more like a conventional video game than Captain Novolin did in how it contains higher concentrations of action and other expected video game-isms, but this choice is ultimately to its detriment. Thanks to an utterly absurd premise, rougher controls, and fewer mechanics that actually tie into educating its players, Rex Ronan struggles to make good on its intent in both its original context and in a world where information is more readily available than ever before. 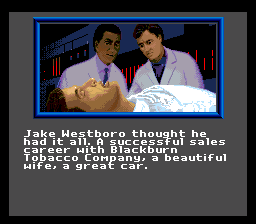 As Rex Ronan, experimental surgeon extraordinaire, you’re the only doctor around that’s capable of shrinking down and entering patients’ bodies Fantastic Voyage­-style. Your patient for this venture is Jake Westboro, a member of the Blackburn Tobacco Company who has lung cancer and other dangerous conditions as a result of smoking since the age of 15. This already difficult case is made more complicated when members of the Blackburn Tobacco Company secretly inject Jake with deadly Microbots in the hopes of killing Rex and disposing of Jake before he’s well enough to speak about the dangers of tobacco publicly. Seems like a needlessly elaborate way to assassinate someone, doesn’t it? Rex starts off in Jake’s mouth and works his way through the trachea, the lungs, the heart, and the brain in order to surgically remove Jake’s nicotine addiction, which is apparently something that you can do if you’re Rex Ronan.

On its own, the plot is enjoyably ridiculous in nature, but the way it ties into the gameplay ends up distracting from its intended message. The Microbots are an ever-present threat, constantly getting in the player’s way, whereas the surgery Rex is supposed to be conducting falls into the background as something that can be opted into if desired. In each level, your mission is only to make it to the end of the level, meaning that you can completely ignore curing any of Jake’s visibly severe health problems. Doing your job does lead to acquiring points and power-ups, including one that gives you additional time to clear a stage, but it’s unlikely that you’ll ever have to do this to survive since power-ups are openly placed throughout levels too. Sculptured Software devised this setting to show children what smoking does to the body, but by drawing their attention away from the environments and towards fending off waves of enemies that are immediately more dangerous, they end up creating a rough, pale shadow of a run and gun like Contra instead of a memorable lesson that kids will internalize after the game’s over. 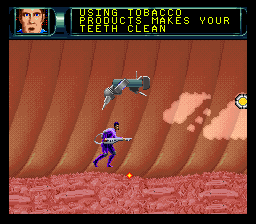 Rex comes equipped with a laser scalpel that can both destroy enemies and clean up maladies like plaque, tar, and blood clots. By default, the scalpel works like a flamethrower that can be aimed in eight directions, but by grabbing a power-up, you can change it into a standard projectile. The projectile form is better for destroying Microbots, but isn’t as effective at cleaning up deposits. Aside from one surprisingly difficult section that has you fighting Microbots as you clear out a regenerating blood clot before it causes a heart attack, the choice between the two modes will rarely affect the outcome of a level. Rex must have studied martial arts too, since he’s capable of performing a roundhouse kick and a jumping kick, but these options aren’t nearly as effective as using a scalpel that’s been upgraded via power-ups. Rex Ronan has slightly more mechanical depth than Captain Novolin did, but the controls do it no favors; Rex moves very slowly, jumps in a strange, unwieldy angle, can’t move while shooting, and gets knocked down after every hit, leading to situations where you spend far too much time watching him slowly get up. One improvement Rex Ronan makes compared to its predecessor is that you now get three continues to finish the game, whereas Captain Novolin had no continues whatsoever. Potentially gating children out of their educational experience by kicking them back to the start if they fail enough is still a pretty bizarre choice, but this is at least a step in the right direction.

Some levels will have Rex piloting his ship as he heads towards the next section of Jake’s body, and these parts play a bit like Space Harrier. Using a behind the back perspective, the goal is to navigate around blockages and shoot anything that flies at you until you make it to the Mode 7-utilizing tubes that await you at the end. These sections are the best looking part of the game and they move at a snappier pace than the other stages do, but there isn’t much to them, making them brief intermissions at best. 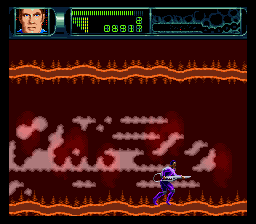 Aside from the visuals, the smart bombs placed throughout each level are where the game’s educational aspect comes into play. As you approach one of these bombs, the game will display a statement related to smoking onscreen. If the statement is true, grabbing the smart bomb will eliminate every onscreen enemy, but if the statement is false, it’ll deal damage to you instead. This is a unique way to approach education within a game, but it doesn’t work here for a number of reasons. The game rarely puts more than a few enemies onscreen (and when it does, the framerate quickly tanks), so a screen clearing item isn’t terribly useful. The statements presented are also either too obvious or just plain ridiculous like, “Using tobacco products makes your teeth clean”, which is something that a child will either already know through common sense or can put together just by looking at the first level. Smart bombs can also be shut off entirely via the options, making it all too easy for kids to remove the “educational” part of this edutainment game. In general, Rex Ronan’s fixation on the consequences of smoking without exploring the social context surrounding it feels shortsighted – most kids know smoking is bad, but issues such as peer pressure and predatory marketing are more complex and difficult, so offering some general wisdom in these topics would have gone a long way.

Rex Ronan offers visuals that can be surprisingly atmospheric at times but are mostly just difficult to look at. Levels use repeating backgrounds and dark colors alongside stage layouts that have you going in every direction, oftentimes making it difficult to tell where exactly you can go. The mouth is a good example of this – you start out on the teeth, but the stage design automatically moves you in between them, on the gums, and around them in an awkward way that makes you look like you’re standing in midair at some points. Perhaps in anticipation of this confusion, a map is provided on the UI that helps greatly with navigating stages. The UI is otherwise pretty strange though, offering no clear indication of what anything is. You’d think the big bar of lines at the top would be your health, but that’s actually your time limit – your health is the pyramid of dots beneath that, which shrinks every time you take damage. Smart bomb statements make the rest of the UI temporarily vanish, which can be a problem when they trigger in the midst of combat. 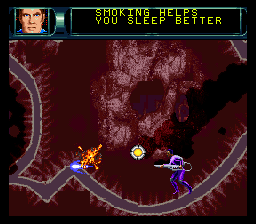 Even with positive press from magazines like Nintendo Power and Game Players, Rex Ronan: Experimental Surgeon failed to make significant waves. This was the final nail in the coffin for Sculptured Software’s foray into edutainment as well, since Raya Systems opted to employ WaveQuest Inc. for their next two edutainment titles, Bronkie the Bronchiasaurus and Packy& Marlon. Much like Captain Novolin, the intent behind the game was respectable, but time hasn’t been kind to this particular brand of edutainment, making it hard to justify playing when better educational sources are widely available.

https://archive.ahrq.gov/research/mar01/301RA8.htm – Article from the Agency for Healthcare Research and Quality discussing the positive effects of edutainment on children