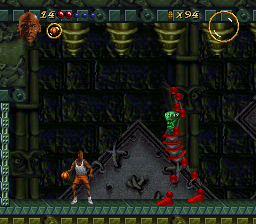 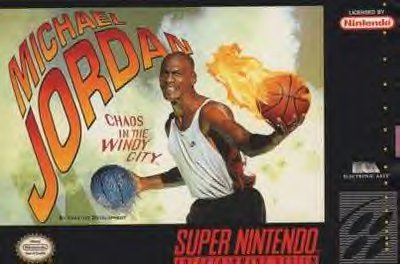 The sad truth of the matter is, most licensed games are just that; something to promote a license. When a developer (usually a big one) takes up the task of making a game based on a movie, a sports star, a pop star, or what have you, it’s usually a rush-job. The games usually have to be pushed out at a certain time, usually coinciding with the release of a movie or some other media spectacle, thus making deadlines all the more unreasonable. On top that, the developers usually have other big projects that are far more important than this movie perk that’ll be long forgotten in a few months, so they have no good reason to waste the manpower to properly staff and QA the product. But occasionally, oh so rarely, a development house will actually take the contract to do a licensed game and use it as an opportunity to do something they might not have ordinarily had the chance to do. Maybe the design team wasn’t creative enough to think of their own mascot for a platformer? Maybe the world just wasn’t ready for another Bubsy?

This definitely seems to be the case with EA’s Michael Jordan: Chaos in the Windy City. Oh, CitWC, you poor fool. You never stood a chance. The masses hate this game with a burning passion. Why? Because it’s a platforming video game starring a basketball player. It couldn’t possibly be good, or could it? CitWC is a game who’s reputation is based primarily on biased perception and general assumption. Very few people have actually played it, even less have played it enough to develop a well-enough informed opinion on it. And who can blame them? Look at the concept. Look at that box the thing came in. Look at that logo. It takes a truly determined gamer to take the time and peal back those outer layers of shameless product placement and ghastly gimmicks to discover what truly lies underneath CitWC‘s stomach turning facade; a very solid platformer.

CitWC takes place in Chicago, of course. The Bulls are getting ready for a big game. And then, something goes awry. To Michael’s horror, he finds that the rest of his team are missing. Then he receives a note from a mad scientist named Maximus Cranium, who states that he has captured the other Bulls and plans to use them as experiments if Michael doesn’t turn himself over. Well, to hell with that, this is Michael Jordan. He doesn’t have time for this, he’s got Loony Tunes to co-star with and a shoddy baseball career to embarrass himself with. Naturally, MJ decides to track down the captive Bulls and show Maximus Cranium a thing or two.

The object of the game is simple. 21 captives are spread across areas of Chicago, each area consisting of 5 stages. These aren’t your average 5 minute blaze-throughs you’re used to with Mario. Some of these stages can take you half an hour to conquer. CitWC isn’t just about reaching a goal. There’s objectives. Each stage has 5 keys; a Silver Set, a Gold Set, and Green, Red and Yellow keys. Not all the time, but most of the time, you’re going to need to track down each one of these keys to find the captive, who’s going to be locked behind a door that one of those keys is going to open.

Almost all of the captives are extremely well hidden behind a series of locked doors that require the various keys, mind-boggling puzzles, and breakable walls that will have you endlessly searching for that one wall that doesn’t look right, reminiscent of a Metroid game. After you’ve cleared 4 of the stages in a particular area, you’ll go to the final stage, which houses a boss and a Golden Heart, which, once again reminiscent of Metroid, functions as energy tanks, increasing your health capacity.

This alternative approach of hunting for keys and hostages as opposed to the typical “run through the stage before the timer runs out and get as many points as possible” platforming formula works extremely well, and provides a sense of longevity to what is an otherwise short game. The pacing is slower than your average platformer, but it requires much more brain-work. Some puzzles might even have you stumped for a while.

But playing CitWC isn’t just a matter of finding captive Bulls players. Naturally, there are creatures out to stop you. Luckily, Mike has balls. Lots of ’em. With a sense of weapon variety almost akin to Mega Man, MJ has an arsenal of 8 different types of basketballs that he throws as weapons, all of which having very different functions, some crucial to your quest. MJ can either throw the balls forward, or he can slam dunk them for an alternate effect.

MJ’s standard balls. He has an unlimited number of these. As to where he hides all these things, your guess is as good as mine.

White basketballs with sparkling red trails. These babies can pass through walls and return to you with whatever items they come in contact with. There will be several instances where you’ll need to use these balls to grab keys that are otherwise impossible to reach.

Gold basketballs that home in on targets. If you slam dunk one of these, it’ll split into three.

Purple basketballs that bounce like crazy when you throw them. You’re going to be using a lot of these, as they’re crucial for hitting obscured switches. Getting the angles right and watching the craziness ensue is pretty fun.

Burning basketballs that deal extra damage to an enemy. These are a lot more useful when you slam dunk them, as they create a trail of flames along the ground.

Blue basketballs that will instantly freeze an enemy on contact. Much like the Ice Beam in Metroid, you can use a frozen enemy’s body as a platform to reach higher, otherwise unreachable areas. When dunked, these create a sheet of ice on the floor, which will cause more problems for you than your enemies.

These roll along the ground, crushing anything in their path. If MJ slams one of these, it’ll create an earthquake, damage anything on screen.

These are the ultimate weapons in MJ’s arsenal. These will destroy just about any non-boss creature in a single hit, but are best reserved for the bosses themselves. When dunked, these have a similar effect to the Iron Balls, but much more potent. 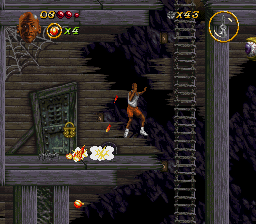 And what kind of game starring Michael Jordan doesn’t let you shoot hoops? Spread throughout the stages are oddly placed basketball hoops in every nook and cranny. These render various different effects, but they usually just yield items, sometimes even the keys you’ll need to progress farther into the stage. There’s something incredibly satisfying about taking down a corridor full of enemies and then slam-dunking into a hoop with a glass backboard and shattering it.

CitWC doesn’t look spectacular, but it doesn’t look like crap either. MJ’s sprites are pretty nice, and look as though they’re rotoscoped motion capture, much like the old Prince of Persia games. The enemies are a mixed bag. Some look like enemies you’d see in Donkey Kong Country, others look like something out of Captain Novolin, but it’s all tolerable at worst. The stages are actually quite nice, especially the factory stages which have a really nice heat ripple effect.

One of the more surprising aspects of CitWC is the music. It’s actually fairly good. There’s a cheesy main theme that’s inexplicably catchy, and throughout the game are littered some excellent tunes you can almost sample an create cool beats with if you had some mixing software like Fruity Loops. Each area has two different alternating themes, and all of them fit fairly well. My personal favorites, though, are the factory stage themes, which are all around the best stages in the game.

Michael Jordan: Chaos in the Windy City is somewhat long, but doesn’t use save data. Instead it relies on ye olde password feature. It’s not a big deal, and using a save game feature for a game like this would seem a little bit overzealous. If it’s good enough for Mega Man, it’s good enough for Michael Jordan. It’s not long enough to lose its sense of variety, but it’s just long enough to be completely satisfying. I really like the emphasis on a small number of really long stages rather than dozens of very short ones like Super Mario World. The game just works. It’s not even good in a “So bad, it’s good” way like Night Trap. It hits all the beats it needs to to be considered a good platformer. The only thing holding it back is the concept. If you can just look past that one minuscule little thing, then you’ll have an excellent time on your hands. As the old adage states, never judge a book by its cover. At any rate, it’s less embarrassing than Shaq Fu. 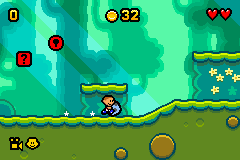 Michael Jordan: Chaos in the Windy City never got a sequel, but the spirit lives on in Go! Go! Beckham, another game which inappropriately puts a real life sports hero into a sidescrolling game. Released only in Europe for the Gameboy Advance, the game stars a junior, cutesy version of soccer star David Beckham as he runs, jumps, dribbles, and uses his soccer ball to defeat any number of cartoony bad guys. Unlike the bizarrely dark aesthetics of Michael Jordan: Chaos in the Windy City, Go! Go! Beckham is quite colorful and upbeat, owing much to Super Mario Bros. and its ilk. I’ve been told it also bears a resemblance to the old game Soccer Kid.