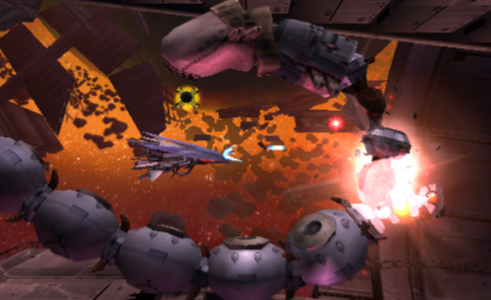 About five years after the release of R-Type Delta, Irem developed what was planned to be the last in the R-Type series, R-Type Final for the PlayStation 2. R-Type Final‘s big claim to fame, as evidenced on the cover, is the absurd amount of ships you get to pilot. While you only start with three, through extended play and reaching various goals, you’ll unlock many more. There are over 100 total, and some of them are customizable – there are 10 missile types, 10 bit types, 84 cannon types and 53 Force types. The amount of weaponry is absurd, ranging from joke weapons to homages to other Irem shooters like Cosmic Cop, X-Multiply, Image Fight, and Mr. Heli. Many of the fighters vary only slightly, but it’s an astoundingly cool feature. 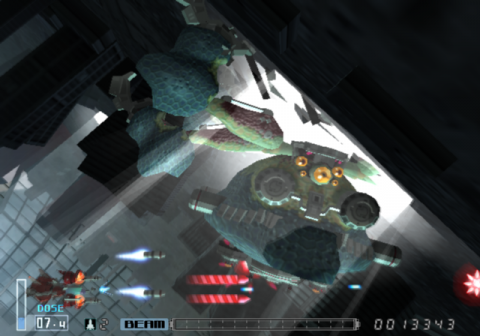 The actual game is only half as ambitious. Much like R-Type Delta, this installment is very dark, but some of environments here tend to look very washed out. And yet there are still moments where the game looks absolutely fantastic. The first level boss is made out of something like liquid metal, which oozes out and forms a reflective cavern around the screen. A rematch with the Dobkeratops shows the creature to be just as gruesome as ever. One of the final levels takes place in a virtual reality-like grid of colored lasers and geometric shapes, beating Geometry Wars to the punch.

The most impressive setpiece is when you refight the battleship from the original R-Type, except it takes place over a huge city. You begin in the sky, miles above civilization, as the perspective switches to an overhead view as you attack from the sides. As you reach the front, the camera switches around back to a side view, and your approach slowly brings you down to the surface, as the battle is fought between skyscrapers. As cool as this whole stage is, though, it’s also filled with a ton of slowdown. 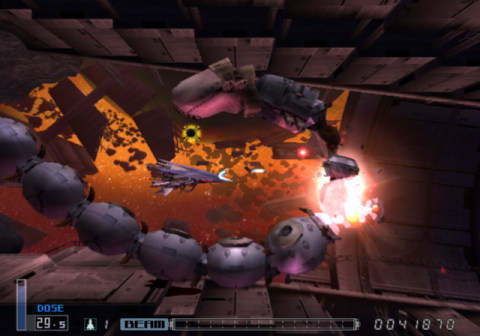 Plus, while R-Type has always had creatures that looked a bit sexual, R-Type Final really takes it up to a whole new level. The snake of the alien Gomander in level six (the boss of level two in the original R-Type) looks more phallic than ever, and you reach its interior by what seems to be a gigantic alien vagina. And in an attempt to usurp R-Type Delta as having the strangest final stage ever, Level F-A has a pair of shadows in the background that slowly embrace before finally going down on the floor for the course of the level. 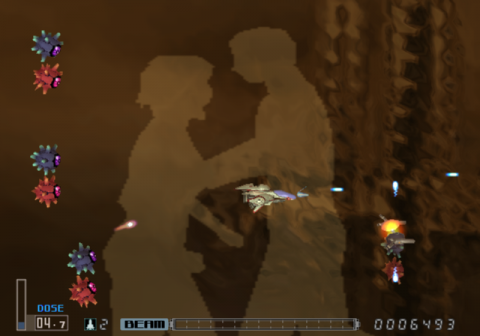 Additionally, there are a number of branching paths throughout the game. For instance, the first time you play, the second level is half submerged in water. If you hit a certain spot on the boss, it’ll change the water level next time you play, so it’ll either be dry, under water, or even frozen. The third stage is usually the fight against the gigantic battleship, unless you’re using a specific ship (the Cross the Rubicon), which takes you to a completely different level, where you fight the R-13A Cerberus ship that was captured at the end of R-Type Delta. The last two stages are dependent on how you beat the boss on the fifth level – there are three versions of each, for six unique stages (though a few of them are just boss battles), and in turn, different endings. Combined with some of the more obtuse ship unlock requirements, nobody would judge you if you turned to a FAQ.

Outside of instances like these, the level designs are, overall, somewhat lacking. Some stages seem strangely empty, and there’s too much dead time between enemies, or simply the same waves of enemies appearing over and over. This is standard for a regular shooter, but the meticulously planned levels that distinguish R-Type are mostly missing. 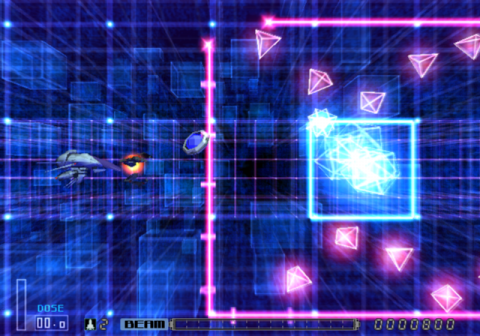 It doesn’t help that the music is mostly quiet – while it shares the same electronic feel of Delta (and was produced by the same team), the soundtrack is more atmospheric, and concentrates mostly on setting the mood. On one hand, it lends a bit of gloomy oppressiveness to a game that’s already pretty downtrodden – each level begins with a little quotation that basically states how overwhelmingly powerful the Bydo are and how helpless humanity’s situation is – but it’s a big change from not only previous R-Type games, but most shooters in general. At least the boss music kicks up the pace a little bit.

Relatively speaking, R-Type Final is on the easy side – while there are multiple difficulty settings (the easiest allows you to keep weapons when you die and kill most of the bosses in a single charged up hit), only the higher levels seems to challenge you like the old games, especially since some of the ships have such powerful weapons. That’s not a bad thing though – since it’s easier, it makes it more replayable, which is the whole point of the game with the massive amount of customization options.

The exception to this rule is Level F-C, called “Wherever”. In this stage you’re traveling through time to the far future, with an indicator in the corner of the screen showing your current year. You only get a single life to conquer this stage, and you cannot continue, which is an incredible task. 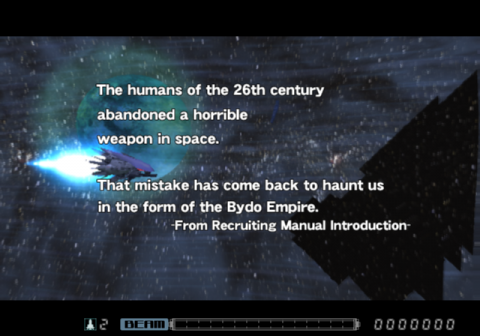 In addition to all of the ships, there’s also an AI battle mode, where you equip various crafts with items, change their behavior, and have the computer duke it out with itself while you watch. It’s not particularly exciting, but it’s a bit fun to play around with when you’ve unlocked enough stuff. 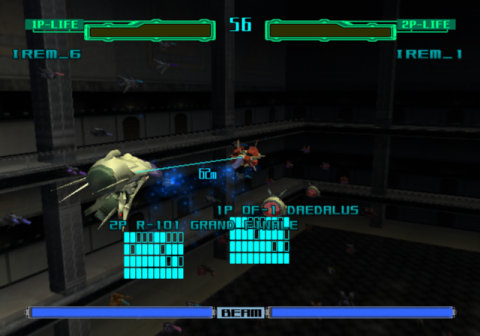 Overall, it’s hard not to admire R-Type Final. During the PS2 era, so many shoot-em-ups were straight arcade ports, with little done to accommodate for a home console audience. Here, there’s just so much to mess around with, beyond just replaying for high scores, though there’s a mode for that here, too. Its main flaw is that all the content proved to be too ambitious, resulting in tons of inconsistencies – some great bosses, coupled with some boring levels, some bland visuals followed up by incredible effects. In the end, Final isn’t the be-all end-all of the series – that trophy still goes to either the first game or Delta – but it’s still a nice and proper send-off. At least, it was until 2021, when the remnants of Irem rebuilt itself for a sequel nearly twenty years later.