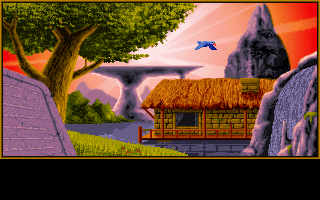 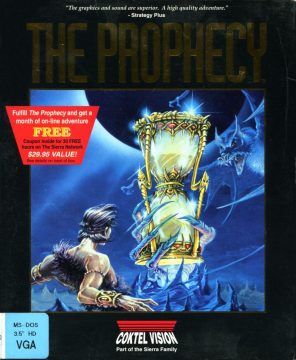 Coktel Vision’s follow-up to Fascination leaves behind the slutty beaches of Miami for a pruder swords and sorcery affair with Ween: The Prophecy. Technically a loose follow-up to the obscure 1989 release Legend of Djel, it tells the story of a young man named Ween (a name so goofy that it was dropped from the title of its North American release) who is tasked with transporting three magical grains of sand across the country. It’s much the same as Coktel’s other first person adventures, but the whole experience is a bit on the dry side – their previous titles were quite bizarre, but The Prophecy is relatively restrained. The dialogue is still strangely translated, but the exposition scenes are dull and lifeless. The artwork is occasionally decent, with particularly amusing creature designs. The straightforward adventuring feels heavily reminiscent of ICOM’s Shadowgate – when you’re not mixing potions to defeat beasties, you’re playing around with switches or other contraptions to open doors. But without the constant threat of death – there’s no way to perish until the end – it lacks the same madcap stressfulness. 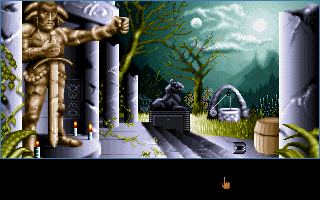 The only things propping it up are the puzzles, which feature the same pixel hunting and strange item combination tasks as Coktel’s previous games. You’re accompanied by a vampire bat named Urm, who will help you providing you can find some fruit, as well as two hideous dancing dwarf things named Uki and Orbi who are mostly pointless. You also have a magic copper ball that can morph into three forms when combined with other items, requiring many pointless clicks on the inventory menu to transmute it back and forth. The PC version benefits from a 256 color palette as well a couple of branching paths not available in the Amiga and Atari ST versions. It also features brief looping full motion clips of some of the sub-characters, which look incredibly silly, but give it a bit of the extra Coktel-kitchiniess that the game sorely needs.