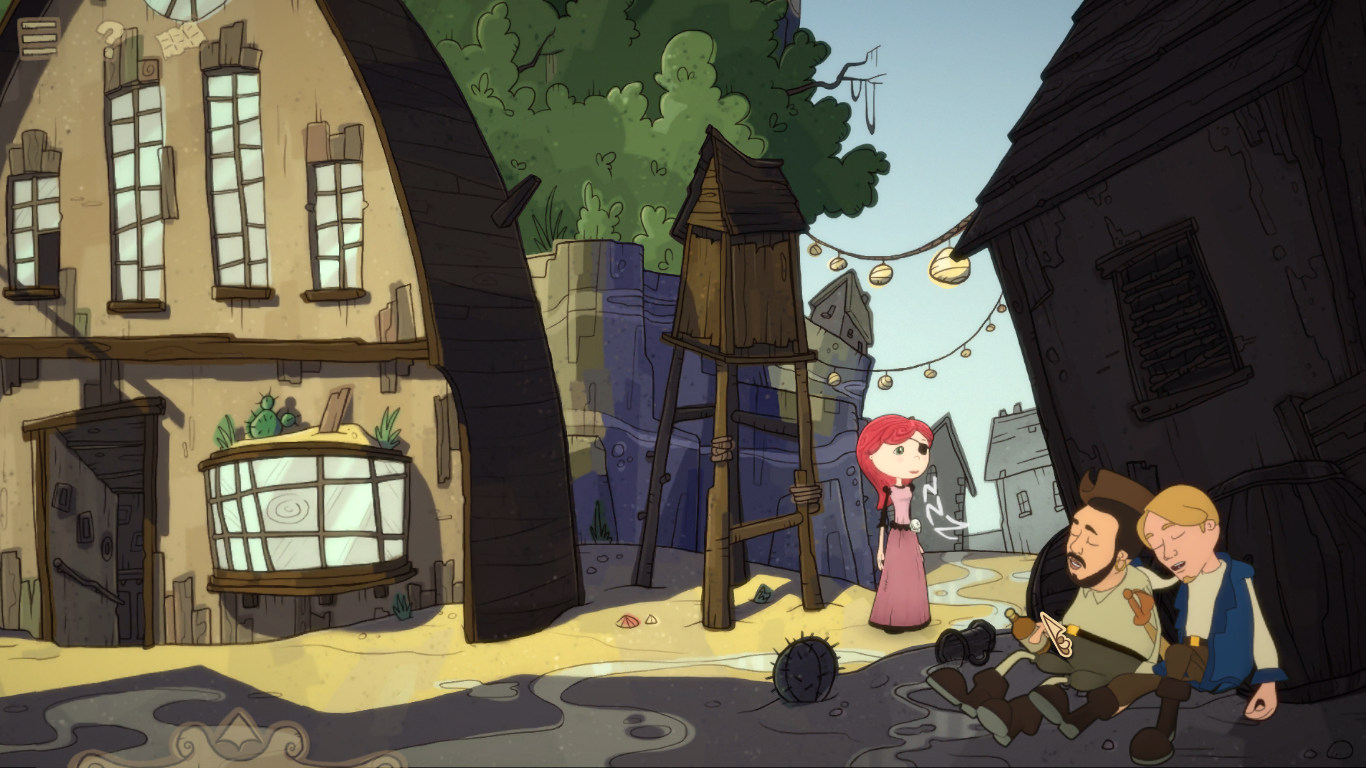 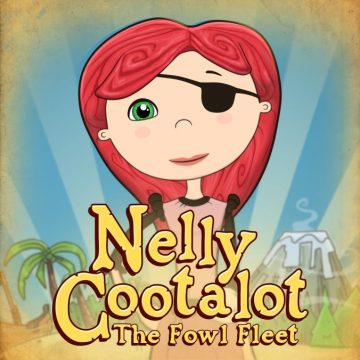 In September 2008, a sequel to Nelly Cootalot was announced to be in development …and nothing. No news came about for years. Come May 2013, and a kickstarter appeared, promising a 2014 release date upon success. The date wasn’t reached, but the project continued with regular updates. With the success of the kickstarter, this new game was able to afford major voice talent (including Tom Baker, the fourth doctor from Doctor Who of all people), get a brand new 3D graphical style, and even add in a few cutscenes. With nearly three years of development, the game had a lot to prove, and it certainly didn’t disappoint. 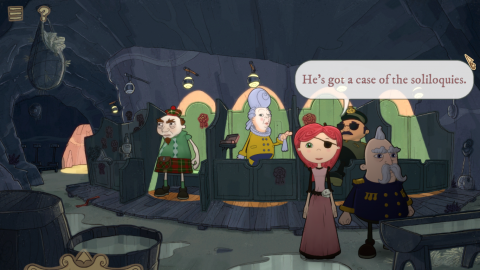 Taking place a short amount of time after the first game (though the two aren’t related from a plot standpoint), Nelly is working on a mail ship and is ordered by the ghost of Bloodbeard to resume her quest and find his missing treasure that the good old Baron is currently chasing after, thanks to Nelly giving him a book to decode pirate text in the last game pointing him there. The race is on to get to the treasure, leading Nelly and old partner Sebastian (Bloodbeard’s bird partner) across a gambling den with fallen nobility as race horses, a port town island and its corrupt government, and even a small viking town.

There’s a lot of returning cast members (though sadly no leprechauns), and a ton of new characters that instantly endear. The newest villain of the cast, Van Zandt, instantly leaves a lasting impression with just how openly evil and cruel he is, and I love that he gets described as “Christopher Lee’s less subtle brother.” Every area is instantly inviting and significantly larger than the previous game’s rather deserted islands. Nelly herself is a bit more defined now, with a more sarcastic wit and series of barbs for those she comes across. It just feels far more alive, helped by the fantastic voice acting. A ton of English and German actors here, and they all do excellent work, especially Nelly’s voice actress. She really captures the right voice very fast.

That larger budget also leads way to a simply fantastic 3D look, combining three-dimensional movement with two-dimensional styles and sensibilities. It’s like a moving story book mixed with a classic cartoon, and it gives all the cast a vast array of expression. It’s a great argument for less realistic art styles, really selling scenes through simple body language and slight changes in eye and mouth position. The voice acting compliments it well, and the soft, curvy style adds to the childish charm of the story. 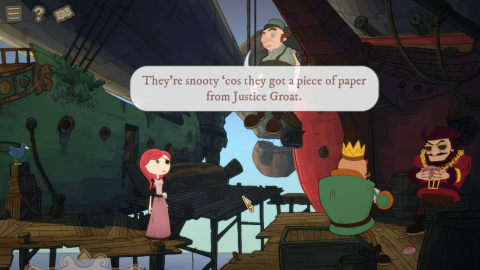 It’s not terribly long ether, with a play time of just over five hours with some pretty solid puzzles that don’t get too easy or too difficult. It’s a good introduction game for people new to gaming, and especially children. It would be a great game for a parent to share with their child, filled with funny lines for both the younger set and some nifty references for the older (the only real stinker was an “Arrow to the Knee” line late game). The segment in El Mono’s mind is especially impressive, as you get his tragic back story, coming off a something straight out of a Pixar film. Even the ending has a very charming finishing note, trading just deserts for something more positive.

It even has a few more welcoming additions for newcomers. For example, if you hate pixel hunting, you can save time by clicking a little question mark at the top of the screen that puts a mark over every interactive item in sight. You can also get updates on what you still need to do from Sebastian once you find him, and the inventory has been changed to be an easy pop up at the bottom of the screen that disappears as soon as you move off it. It’s just all very easy to control and use, making for a very smooth experience. A lot of lessons have been learned since the original game nearly a decade ago.

Hopefully, The Fowl Fleet will lead to more adventures with Nelly. It’s nice to see something so simple and enjoyable around among the more jagged works. Wadjet Eye and Telltale do great work, but the point and click genre is something that can reach far wider audiences than most others. It’s a charming little game for fans of the genre, and a great family game overall.