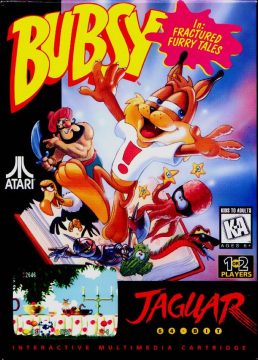 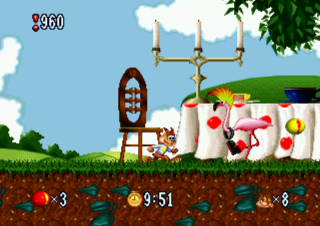 This idea is even more frightening – what if Bubsy was conceived to be the star of the Atari Jaguar? Certainly, it fits the feline motif, and his games were certainly representative of the crap that makes up 95% of the Jaguar library. Bubsy in: Fractured Furry Tales, released just a few months after Bubsy II, plays in exactly the same manner as the first game, except this time you head through different fairy tales, like Alice in Wonderland, Hansel and Gretel, and more. It’s an interesting concept, and it at least shows some imagination on the part of the design staff (especially the strange enemies, like the punk flamingo). Bubsy doesn’t exactly show off the “64-bit” power of the system, but it does look quite nice, definitely better than your average SNES game of the era, even though Bubsy’s sprite seems exactly the same. And oddly enough, the music is pretty good, and has a distinct Amiga MOD sound to it. But otherwise, you can expect the same crappiness as it’s predecessor. 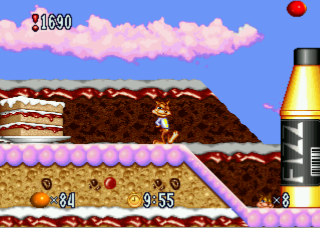