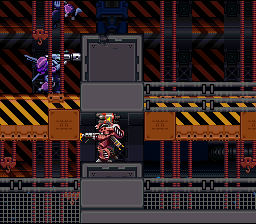 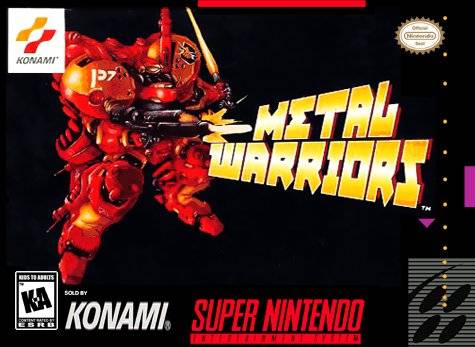 Metal Warriors is not officially part of the Assault Suits series, but it’s easy to see where the confusion might come in. Konami published both Cybernator and Metal Warriors in North America, leaving gamers to assume that the latter was simply a sequel to the former under a different name, similar to Konami’s shenanigans with Gradius and Life Force. All of the Assault Suits games were designed in Japan, while Metal Warriors was developed in North America by LucasArts, including most of the same team as Zombies Ate My Neighbors, also published by Konami. Metal Warriors was never published in Japan (although many false rumors pointed the game being called “Assault Suits Gideon”) and was never intended to be a continuation of the series, although its inspiration is clear. It’s a bit of shame, though, because it’s a far better followup to Assault Suits Valken than any of its official sequels.

Despite its American origin, Metal Warriors adheres closely to the Japanese anime aesthetics of the Assault Suits games. In some ways, it actually improves on them, through the use of brighter colors, making it more visually attractive than the washed out, militaristic feel of Cybernator. There’s no on-screen interface at all, so you can’t see how long you can use your special weapons, but instead your mech shows discoloration and visible damage after taking too many hits. While somewhat imprecise, it does free up the screen from clutter, and illustrates a GUI-less ideal that could be seen in later games like Ubisoft’s Peter Jackson’s King Kong: The Official Game of the Movie and Electronic Arts’ Dead Space. 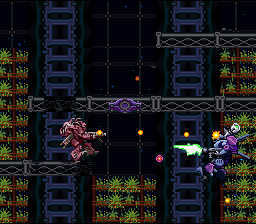 Your mech controls similarly to Cybernator, although there’s no way to lock weapon aiming (your aim resets to default once you move), the dash ability is completely gone, guns no longer need to reload, and the weaponry system is entirely different. There are now a total of six different mechs, each with three types of attacks, mapped to the various face buttons. Your primary mech, the Nitro, has a rapid fire pulse rifle, a beam sword, and unlimited hovering ability while the Havoc has a similar machine gun and a cool looking sickle, but can’t fly as long nor as far. From there, the other mechs get a bit stranger. The Drache has unlimited flight ability and can fire in any direction with the face buttons. The Prometheus is a two legged mech that can’t jump, but has an extremely powerful cannon and a flamethrower, as well as the ability to toss up floating air mines. The Ballistic is basically a stationary turret that only moves by turning itself into a ball (which can also be charged up to dash around the screen and damage enemies), while the Spider has many smaller legs like an arachnid and can climb up walls.

There are also special items that can either replace your main weapon, or become mounted on your shoulder, which is triggered by the L button. These only last a short time, but have unlimited ammo until they disappear. The R button also activates your shield or other similar defense mechanism.

The key point to Metal Warriors is that you can jump out of your mech, Blaster Master-style, which is required to fit through certain small spaces and hit switches to open doors. On foot, you can fire with your little peashooter and even zoom around with a jetpack. Most larger enemies won’t even attack you, for whatever reason, giving you an opportunity to scout ahead, although the mech is required to break down certain walls. The cool thing is, you can also commandeer any abandoned mech you find. If your mech is damaged, you can just find an empty one, hop out of your old pile of junk, and come back fighting at full strength. 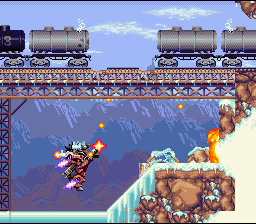 As an added bonus, there’s even a fun two player versus mode, something not found in any of the proper Assault Suits games. The only major mark against Metal Warriors is that its level designs aren’t quite up to par with Cybernator. Most are simply a series of vaguely maze-like corridors (the map function returns, thankfully), and it’s missing a lot of the setpieces that really helped set Cybernator apart. Otherwise, it’s a fantastic game. Given that it’s a late generation SNES game that didn’t receive much attention, it’s a bit expensive on the used games market. The developers also apparently planned a sequel/port for the Game Boy Advance, although unfortunately nothing ever came of it.