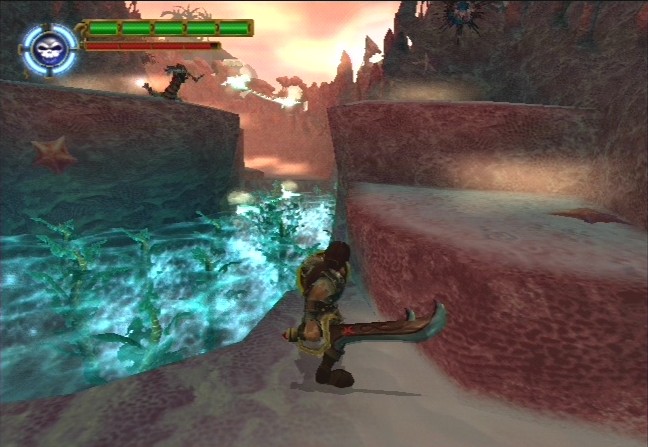 The original Maximo sold well enough for a sequel, released two years later under the title Maximo vs The Army of Zin (or “Record of the Demon World Hero Maximo – Ambition of the Machine Monsters” in Japan) The titular Army of Zin is a group of mechanical monsters that run on human souls, thought to have been sealed away 500 years in the past. Maximo is still looking for Sophia, and Grim still wants those souls, so it’s back to adventure.

On the surface, not much has changed in the sequel, but there are tons and tons of improvements from the original game. The combat now is much smoother, with less aggravating enemies to deal with. There are more sword moves, used to juggle the bad guys while a new combo counter tallies up your hits. You still need to buy different power-ups, but once you obtain them, they’re always equipped. You can also find a hammer and use it as a weapon, being a bit slower than your sword but much more powerful. There is now a number of boxers you can purchase and equip to give you extra status bonuses. The shield meter is gone, so you can block all you want, but there’s still a super meter which determines how often you can throw it. In each stage, if you can rescue civilians, they’ll give you bonus items or tell you where treasure is hidden. You can also temporarily transform into Grim, which basically gives you invulnerability until the power wears off. 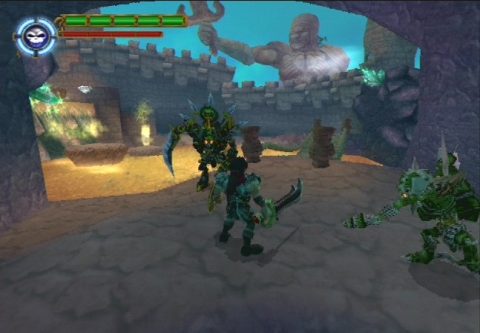 The hub style stages of the original Maximo have been ditched in favor of a more straightforward overhead map in between levels. The “pay to save” system is gone entirely. It can still be somewhat unforgiving—technically you can’t continue at all, but need to reload your saved game. In turn, that keeps track of both your lives and your health, so you still may need to spend your money on extra lives and health restoration. The game is about as long as the original, taking you through burning villages, forests, castles, and other interesting terrain.

Maximo vs. The Army of Zin takes all of the potential of the first game and balances out for a much more fun experience, while still maintaining its challenge. Unfortunately, it seems that the success of the first game may have had more to do with the timing than the actual quality of the game. Army of Zin came out amidst other more popular action games like Ninja Gaiden and Capcom’s own Devil May Cry. As a result, the game flopped and the planned Maximo 3 was canned. Studio 8 then went on to make Final Fight Streetwise, which also flopped, resulting in the team being shut down.