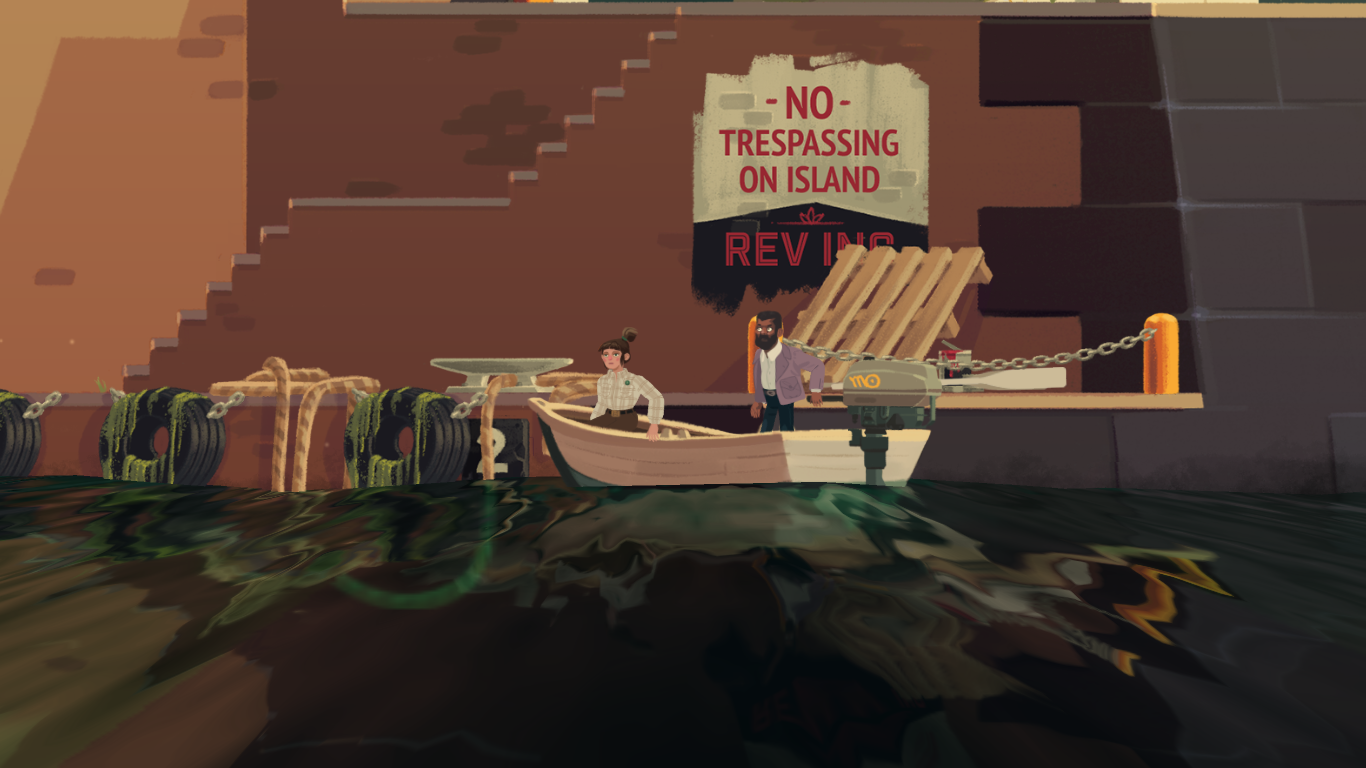 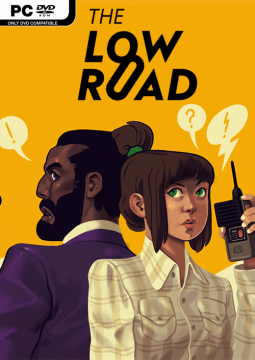 Way back in 2003 in the blossoming days of Flash gaming, a single man in his early 20s and his very small studio managed to dominate Newgrounds with just three games – Fishy, Stick RPG, and Defend Your Castle. That man was named Skye Boyes, and that last game listed basically helped define and create an entire genre of game, while the other two were inescapable if you even had a passive interest in Flash gaming. His studio, XGen Studios, still survives to this day, though Boyes sadly did not. Boyes passed away in 2015, but his team, including his wife Kaelyn, continued on. Before he died, Boyes came up with the idea of a game based on old spy TV and film, a point and click that used 1970s America as a backdrop and told a story of two spies, young and old, forced to be partners and trying to make it work. The final game he worked on finally released in 2017, dedicated to him. That game was The Low Road, a game both familiar and unorthodox within its own genre. 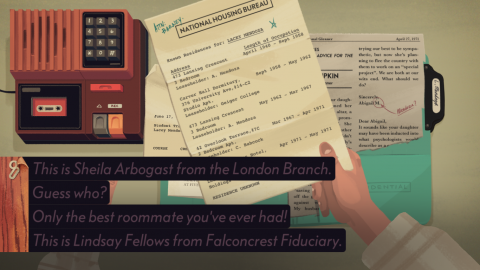 The game follows Noomi Kovacs, a would be spy fresh out of the academy working for a car company. Unfortunately, her boss, Turn, keeps all espionage work mostly based on phone banking, with a single field agent. After successfully sabotaging the operation to replace the current field agent, Noomi finally thinks she’s getting somewhere, but a burnt Turn isn’t interested in working with her as soon as they finish their current mission and find a missing employee. However, fate twists things around for both of them, as they stumble onto a massive conspiracy, and Noomi becomes aware of some secrets Turn has tried to hide for a long time.

The Low Road does have a serious narrative and even a thematic point, but the majority of it is just downright silly. There are multiple rhyming puzzles, the big dramatic twist in Turn’s story comes off as a joke when you first hear it, and the thing that crates the entire conflict is that urban legend about the car that runs on water. It’s a strange mixture, but it ultimately works by making the characters both invested and aware of some of the ridiculous stuff on display, especially from Noomi’s perspective. It’s not so much comedic as it is charming, downplayed and oddly engaging despite a lack of bombast in either direction. This actually seems to work to the story’s benefit in the long run, making sudden swerves in either direction have more impact by being unexpected. The rest of it almost feels like a play, helped by the 2D set-up and cramped areas through most of the title. 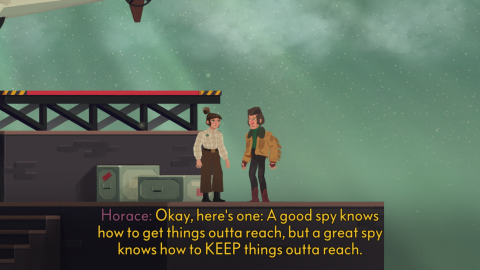 The odd atmosphere stems into gameplay proper, as none of the puzzles The Low Road offers are anything like more traditional point and clicks. Solutions are fairly simple to figure out, but how you solve them usually centers around dialog and manipulation. Noomi and Turn are spies, so solutions to their given problems almost always revolve around getting someone to do something through the right choice of words. There are two parts of the game that really take this theme and run with it, where Noomi is on a phone call and can go through a dossier to gather information on the caller and move through dialog trees to get the information she needs. It’s a shame this mechanic is only used twice, because it’s easily the highlight of the whole experience. The pocket picking puzzles are also pretty fun, but the ending rhyming puzzle is the perfect cap on the whole experience. If there’s a problem with all this, it’s that while Low Road engages, it rarely wows.

The Low Road is a passion project spilling out charm, from the 70s rock and colorful character and set designs, but it never bothers to give the player a moment that they will absolutely remember. Everything it does either feels like it was done elsewhere or done in such a downplayed fashion that it rarely registers as impressive. This is the sort of project you almost never see from games, something so confident in itself that it never feels like it needs to show off or try and push the envelope, but it’s not really a negative either. It’s like good afternoon weekend TV. It doesn’t wow or amaze, but it’s not trying to. It’s not forgettable either, instead going for a more laid back style that slightly comforts and brings back pleasant reminiscing. It may be fitting with the era and media it was inspired by, especially with the studio that made it. 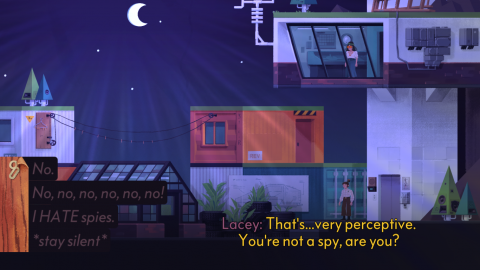 XGen has never been a studio trying to be the absolute best or biggest. They’ve always been comfortable doing their own thing, the thing they’re good at, and people have gravitated to that since their early Flash days. The Low Road might be the best version of that sort of artistic mindset, and maybe the best way to pay tribute to the guy who got them this far. The Low Road isn’t a game that will be somebody’s favorite, but it never wanted that. It just is what it is, and it’s quite good at being that. It carries with it the other side of the spirit of Flash gaming. It may not be experimental or crazy in what it chooses to do, but its comfortable and memorable because of that.