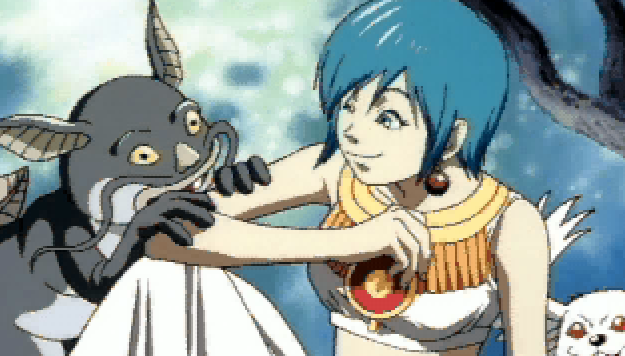 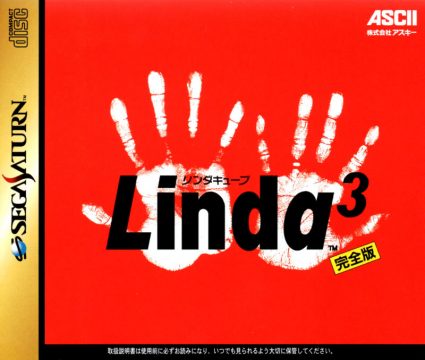 Shoji Masuda was the scenario writer for the first two games in the extremely popular PC Engine RPG series Tengai Makyou. But having burnt out on creating standard Dragon Quest-style games, he swore to create something truly unique. And, together with developer Alfa Systems, he sure accomplished that with Linda³ (pronounced “Linda Cube”), a “psycho thriller and hunting RPG” that proves to be one of the strangest and most bizarre role playing games on the Saturn, if not ever. 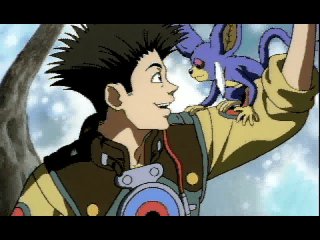 The game takes place on the Earth-like colony planet of Neo Kenya. In eight years, a meteor will hit, destroying everyone and everything. There’s no way to stop it, but thankfully (and mysteriously) an ark drops out of the sky, allowing the denizens to preserve some of their planet’s elements while they escape off to the stars. Your goal, as a ranger named Ken Challenger, is to roam the landscape and collect two of every animal you can find, then register them with the ark, before time runs out. As you play through the game, the seasons change, and cities become derelict as their citizens leave, giving the true impression of a land on the cusp of an apocalypse. Weirdly, even though all of the creatures named like Earth animals, they look more like ferocious, mutated versions of them – note the three eyed squirrels.

A “Noah’s Ark JRPG” is enough of an interesting idea to stand on its own, but Linda³ goes even further by dividing itself into three scenarios, each in alternate timelines, which present different requirements for victory and changing what parts of Neo Kenya you can explore. Many of them revolve around Linda, Ken’s borderline psychotic childhood friend/love interest, whose role (and last name) changes slightly in each story, which is where the game gets its name. In the first, Linda is kidnapped by Ken’s evil twin brother Nek, who wears a creepy mask and works for a pharmaceutical company that makes everyone dress like Santa Claus. In the second, you deal with a mad scientist, whose fashion style is patterned after Adolf Hitler, and has a creepy obsession with his robotic “daughter”. These first two scenarios are basically expanded tutorials for the third, which is much more open-ended but includes a number of jokes and parodies. It begins with Ken slipping on a banana peel and ending up in a coma for a year; character roles are drastically different too, as Nek is now a supportive, caring brother instead of an insane villain. 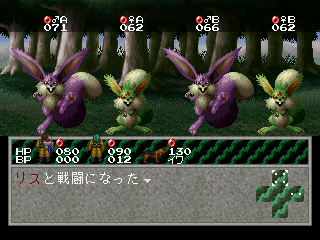 Linda³ was originally released for the PC Engine, where its shockingly violent scenes earned it one of the few “18+” ratings on the system. It was then remade for the PlayStation under the name Linda³ Again, which includes revamped visuals and animated cutscenes, plus a fourth scenario which is sort of a time trial (but no real story). However, Sony’s requirements were more restrictive and some of the more violent scenes had to be toned down. It was then ported to the Saturn under the name Linda³ Kanzenban (“Complete Edition”), sans the censorship and with some added supplementary material.