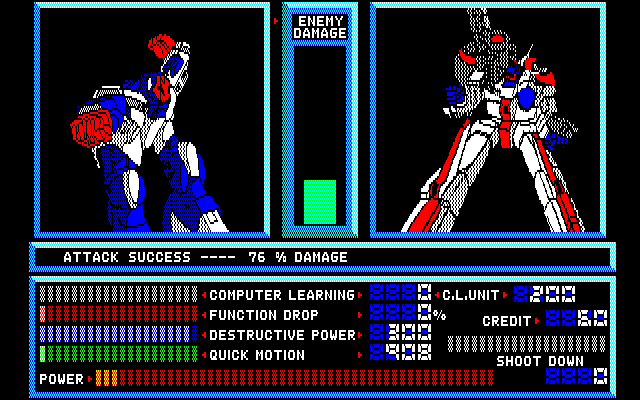 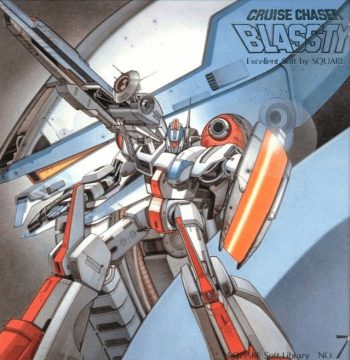 Square’s first role-playing game sure has a lot going for it. For starters, it eschews fantasy traditions for sci-fi flavor, as you pilot a gigantic transforming mecha called the Blassty. Furthermore, the robot designs were provided by Nippon Sunrise, the production company behind the tremendously popular Gundam series. (They were initially created for an animated feature that didn’t really go anywhere.)

And Square really does put them to good use. The main draw of the game lies with its brilliantly animated combat sequences. Many turn-based RPGs showed their combatants as static images, but here, every attack of both warriors – sword swipes, missile barrages,  explosions, and so forth – are smoothly presented. The first time you see it in action, it looks incredible.

Unfortunately, this being an RPG, you see these same animations over and over, and they quickly grow tiresome. And at that point, the shallowness of the game shows through – given the amount of frames that needed to be drawn, there are only eight real enemy types (plus some palette swaps). Combat is simple, as you pick from one of four commands, queuing up three in a row, then sit back and watch as they’re executed. Fights are one-on-one, and there’s little strategy.

But there are far bigger issues than the combat. The game is presented as from a first person perspective, typical of games like Wizardry, but since you’re flying in outer space, you can’t see much of anything other than stars. You can only even see walls, presented as fields of anti-matter, when you’re right in front of them. Even seemingly essential navigation tools like a compass or coordinate display are relegated to hidden commands (Shift+Control+Page/Roll Up for PC88, Ctrl+Shift+Grph+Xfer with Caps Lock off and Kana on for PC98). In the initial PC88 version, even the scrolling is confusing – if you turn right or left, it makes it look like you’re flying forward, even though you’re not. It’s so disorienting that they had to fix this for the later PC98 version. Combined with the fact that you can easily run out of energy when stumbling around, causing you to immediately perish, the game becomes nigh unplayable. 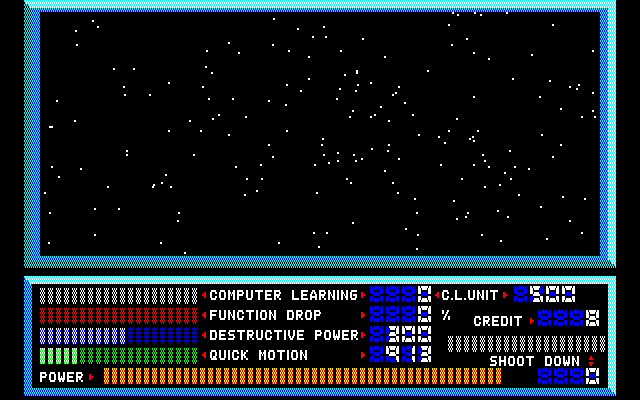 It’s a shame, because there are a lot of cool ideas. The game world is made up of several small stratified dimensions, surrounded by anti-matter – essentially the “floors” of the “dungeon”, which you travel between via warp gates. You control a soldier who fights for the Commune, a department that controls these universes. But as the game progresses, you can choose to turn against them, allowing for two endings. The story was an early work by Final Fantasy director Hironobu Sakaguchi as well.

Square referenced the Blassty in later games, first as a summon named Ark in Final Fantasy IX, then as a boss just called Cruise Chaser in Final Fantasy XIV. There were also several novels and model kits released later, based on the original mecha designs, though otherwise they have nothing to do with Square’s game.