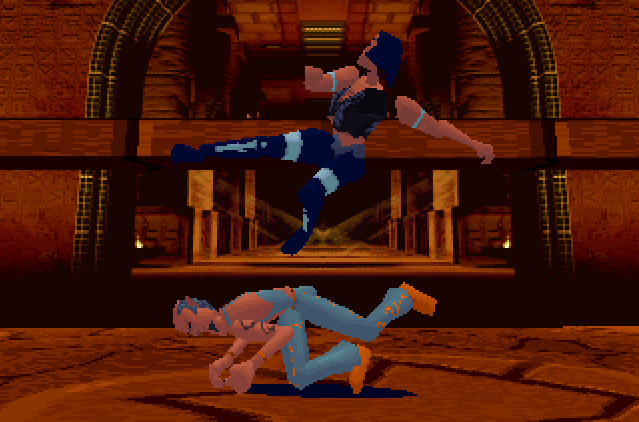 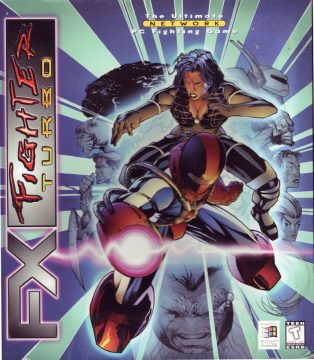 A year after the release of the original game, DOS would slowly but inevitably be replaced by Windows 95 as the dominant computer gaming platform. With the popularity of the new OS came both new games to establish itself, as well as games thought long since exclusive to consoles. One of these was Sega’s Virtua Fighter, finally introducing PC players to one of the best examples of the genre for some time. Released late in the year, this update would no doubt have to go against Sega’s game. While there’s certainly been improvement since the DOS original, unfortunately, it’s still not quite enough.

Everything for this update has received a new coat of paint, even the plot. Rygil, it turns out, is a renegade cyborg who’s stolen Anarkis, a planet killing superweapon, from his creators. Kwondo, a battle cyborg, is sent to capture Rygil, while Linna is a soldier who seeks revenge for the destruction of her home planet. To get to Rygil, however, they’ll have to face the original cast, who have apparently ended up in simulations of their previous battles. Along with the two new challengers, Rygil himself is now playable, as well. 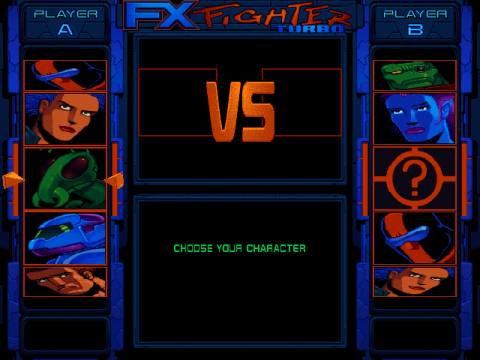 All the returning cast have been given an assortment of new moves, with a handful removed, as well. The most notable omission is Ashraf’s psychic push attack, which makes him far less dangerous than he used to be. One odd addition are ‘bloodlust’ moves; the ad copy implies they work as finishing moves. In actuality, they’re performed just like any other throw, and aren’t particularly more damaging than any other. In fairness, they do LOOK rather fatal, including backbreakers, impalements, shooting your opponent with an arm cannon multiple times, and vomiting acid directly into their stomach wound.

Unfortunately, most of the major issues with the gameplay have remain unaltered. The controls still never feel quite as smooth as competing games, and trying to pull off moves that require diagonals can be a gamble. The issue with the small fight platform also remains, and it’s not entirely uncommon for some of the new throws on offer to end up throwing the fighter who performed them out of the ring. You can, however, disable the ring, leaving an infinite stretch of land on which to battle. For some reason, doing so makes the AI incredibly aggressive, even if you’re playing on the easiest difficulty. 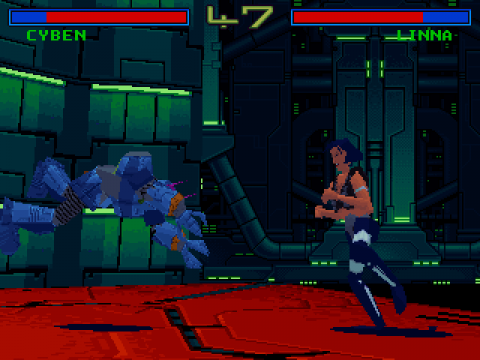 The graphics have been improved somewhat, so character models are a little less blocky, and the frame rate is a little smoother. All the characters have been retextured, as well, some of them getting different outfits in the process. Just about everything has been replaced, from the menus, to the looks of the stages, and even the cutscenes. Thankfully, while it’s not particularly exciting, this game’s ending cutscene does feel like far less of a waste of your time. The music has also been slightly remixed, although it all remains firmly in that incredibly 90s Eurodance style.

Finally, there’s a new survival mode, as well as the ability to play against other humans online, which would have made for a fine selling point back during the game’s release. Overall, however, if you didn’t particularly enjoy the original version, there’s little to suggest trying this one. It makes for proof that the PC could handle a competent 3D fighter, but it sadly still accomplishes little more than that. Even as a curiosity, it might be worth skipping, if only due to how difficult getting the game to run is. Most virtual machines will run the game far too fast to be playable, with the only comfortable option being to figure out how to make Windows 95 run in DOSBox. 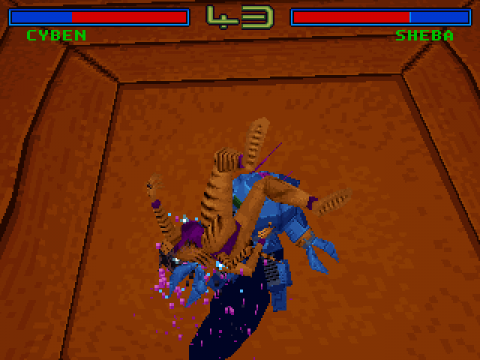