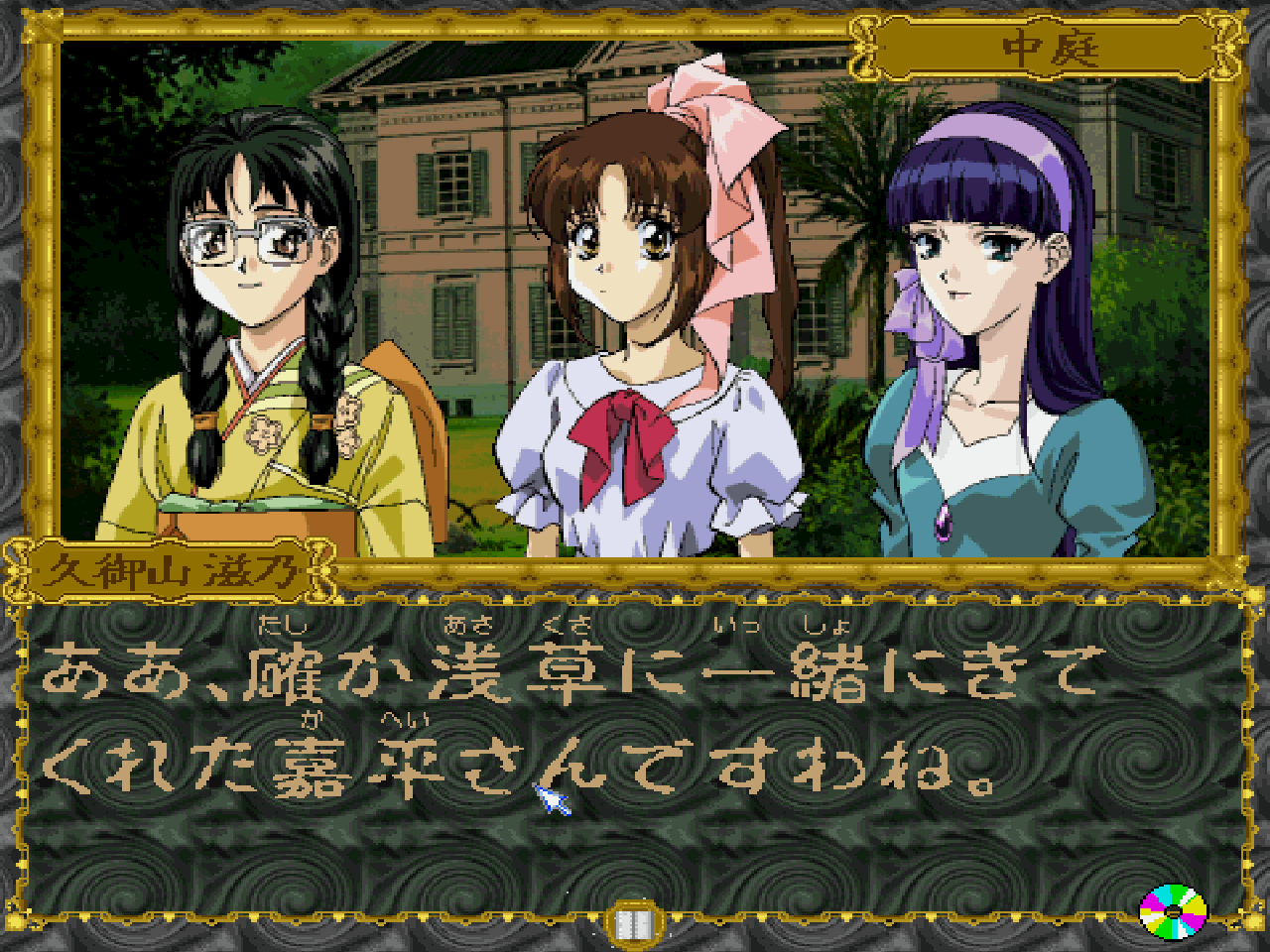 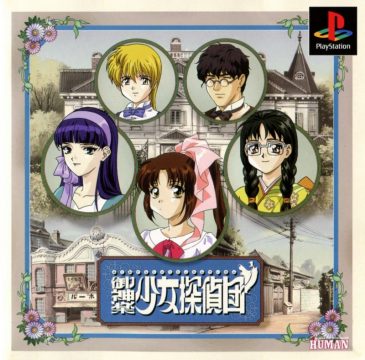 Mikagura Shoujo Tanteidan (“Mikagura Girl Detective Agency”) focuses on a trio of ladies who solve (seemingly) supernatural mysteries in 1920s Tokyo. It was directed by Hifumi Kono, and developed by Human, a company who was constantly pushing forward on what video games could do as a narrative. The agency is technically led by the brilliant but somewhat disheveled detective, Tokito Mikagura, but the real focus is on his trio of assistants: the cheerful Tomoe Kanase, the high class Shigeno Kumiyama, and the novelist Chizuru Higaki. The interactions between the heroines are the key to the game’s charm – interviews with the staff indicate that it was inspired by Japanese mystery novelist Edogawa Rampo mixed in with a manzai comedy routine, combined with the fact that one of the developers wanted to make a gal game. 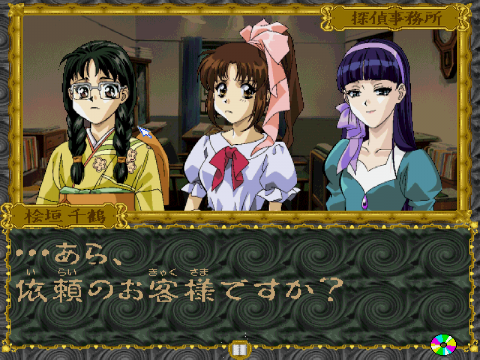 The game itself is presented as a typical mystery adventure title, with one key distinction – the “Inference Trigger” system. When investigating a case and questioning witnesses and suspects, certain words and phrases are highlighted – if they seem suspicious or contradictory to known facts, then you pull the trigger to earn points towards solving the case. However, you can only be wrong so many times before you fail the case and need to start over. In many ways, it’s the precursor to the ways the cross examinations work in Capcom’s Phoenix Wright/Ace Attorney series, though it’s much simpler. There are also a few action-based Quick Time Events, where you need to press buttons in reaction to what’s happening on the screen.

It’s also one of the few 2D PlayStation games to utilize the 512×480 high resolution display. Combined with the well animated and expressive character portraits, it’s a much, much more visually attractive game than most other adventure games and visual novels of the time. It does have a vibe similar to Sega’s Sakura Taisen games though, not only with the Taisho era setting, but also the predominantly female cast, the large number of FMV anime cinematics, and even a similar map interface. The game was reportedly set in an earlier era so the mysteries didn’t need to rely on modern high tech crime solving gadgets. 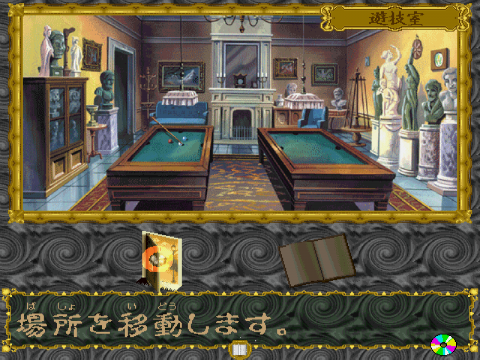 The initial release for the PlayStation had a whopping four CDs, two of which were devoted to the actual game, and the other two featuring assorted side modes and bonus content. However, the final case was left incomplete – gamers hoping for a resolution needed to purchase the follow-up, Zoku Mikagura Shoujo Tanteidan, which included a few other extra scenarios, including a bonus side-story with art by horror manga artist Yosuke Takahashi. Shortly after release, Human went belly up, and the rights transferred to Elf, a well-known publisher of adult software. While they ported the two PlayStation games to Windows, they also created a brand new third game, Shin Mikagura Shoujo Tanteidan which developed by Nudemaker, the new studio helmed by Hifumi Kono. However, the introduction of erogame elements was not really appropriate, and outside of ports and re-releases, the series ended there. There was also a three episode 18+ anime OVA release by Pink Pineapple based off this game.