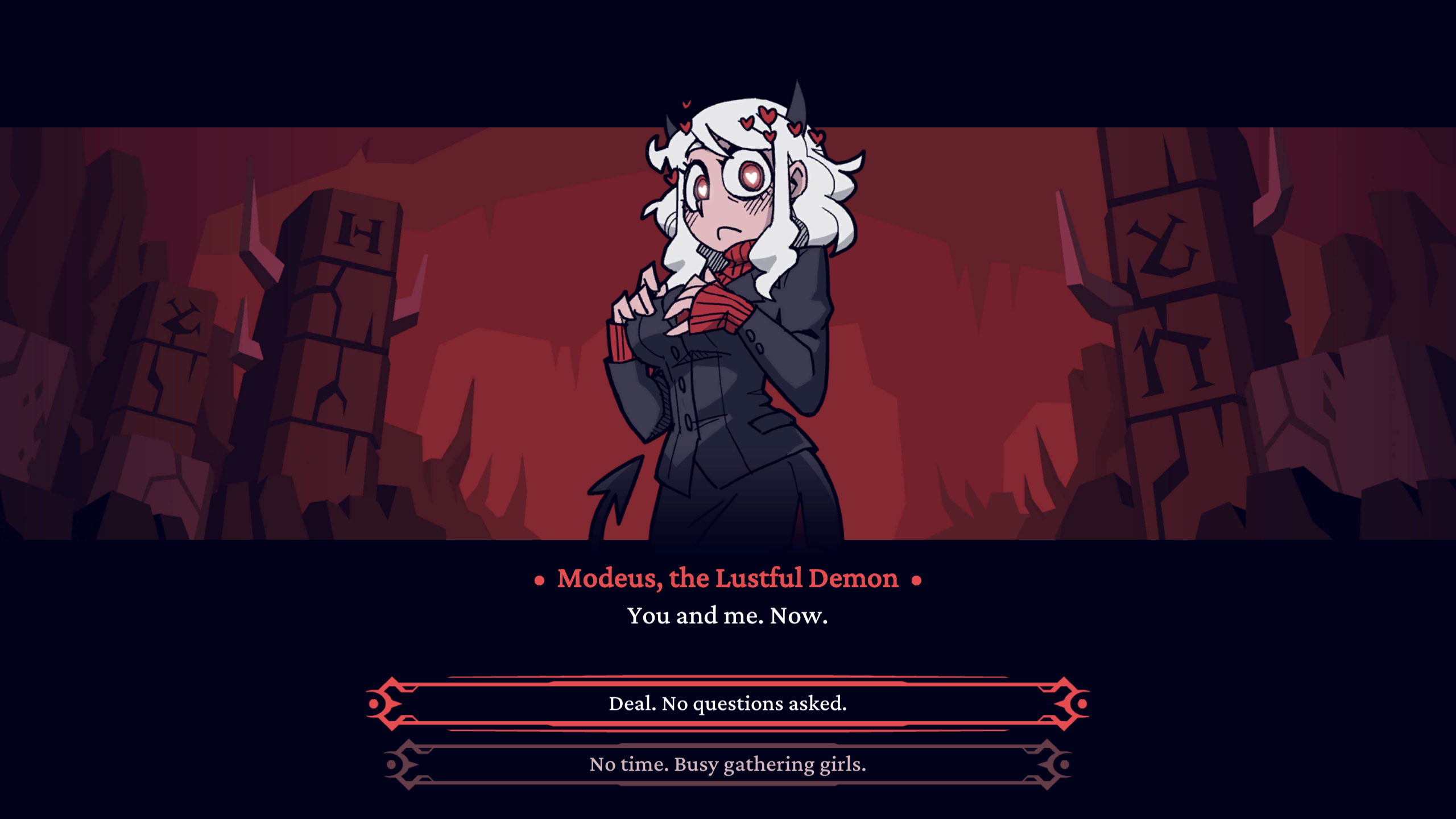 So some Warhammer 40k loving Polish guy named Łukasz Piskorz made a game about a guy in a white suit trying to make a demon girl harem and then the internet exploded. Helltaker is a ridiculous success of humble beginnings, a free game with additional pancake recipe DLC you can buy to learn how to make delicious pancakes that has more fanart than some popular shounen anime, which shouldn’t be possible unless you’re called Undertale. The weird thing is the game itself hardly matters in the success equation. 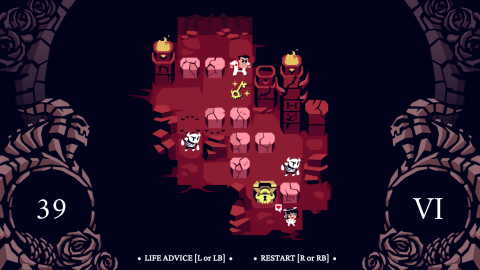 It’s a simple game where you travel through hell to make a path in a set number of moves, with a way-too-hard boss battle at the end where it becomes Crypt of the Necrodancer, sort of. You can talk to demon girls and one thirsty angel girl, and hit on them and make a harem. You get such fun characters as a tired sadist, three girls who share one brain (they’re Cerberus, you see), one girl who just wants to spitefully play turn-based strategy games while downing vodka, and so on and so forth. It’s not complicated nor particularly impressive, though well put together with some fantastic art work. That art and the dialog is what made the game explode like few things do, and all because Helltaker is an unrestrained thirst factory while also avoiding being particularly skeevy or gross. 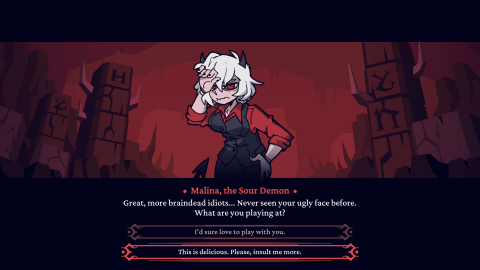 Helltaker gives every single character a defined and likable personality just through their sprites and a few lines of dialog, and the man himself still makes new comics on his Twitter adding to the story. This one guy had a fetish for sharply dressed demon girls, made a game about it, and his sheer passion was so powerful it spread like a wild fire and now you can’t go a few steps on JP art circles without running into some Helltaker fan art – sometimes tame, sometimes thirsty. It is, quite frankly, hilarious and inspiring how one man loving women in red and black suits managed to spread that obsession to others with one of the biggest indie hits in a long while. 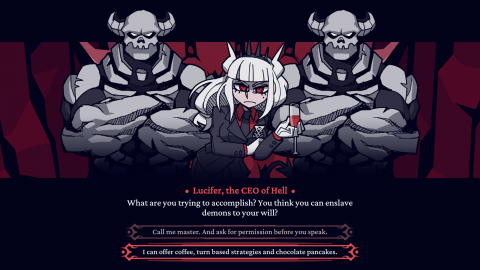 If you’re interested, the game is completely free and with an absolutely boppin’ soundtrack (by one Mittsies) that even matches with your moves, but consider rewarding the guy’s hard work by buying the $10 DLC. It gets you both an art book and a recipe for pancakes that the characters in the game eat at the ending. Plus, he gets paid for his work, and even for such a short game, there is clearly a ton of polish here. It even got a one year anniversary update recently with new content and a new demon girl for the fandom to make art of. As a game, you’ve seen it before, but as a phenomenon, there hasn’t been a story in the indie scene before quite like Helltaker.