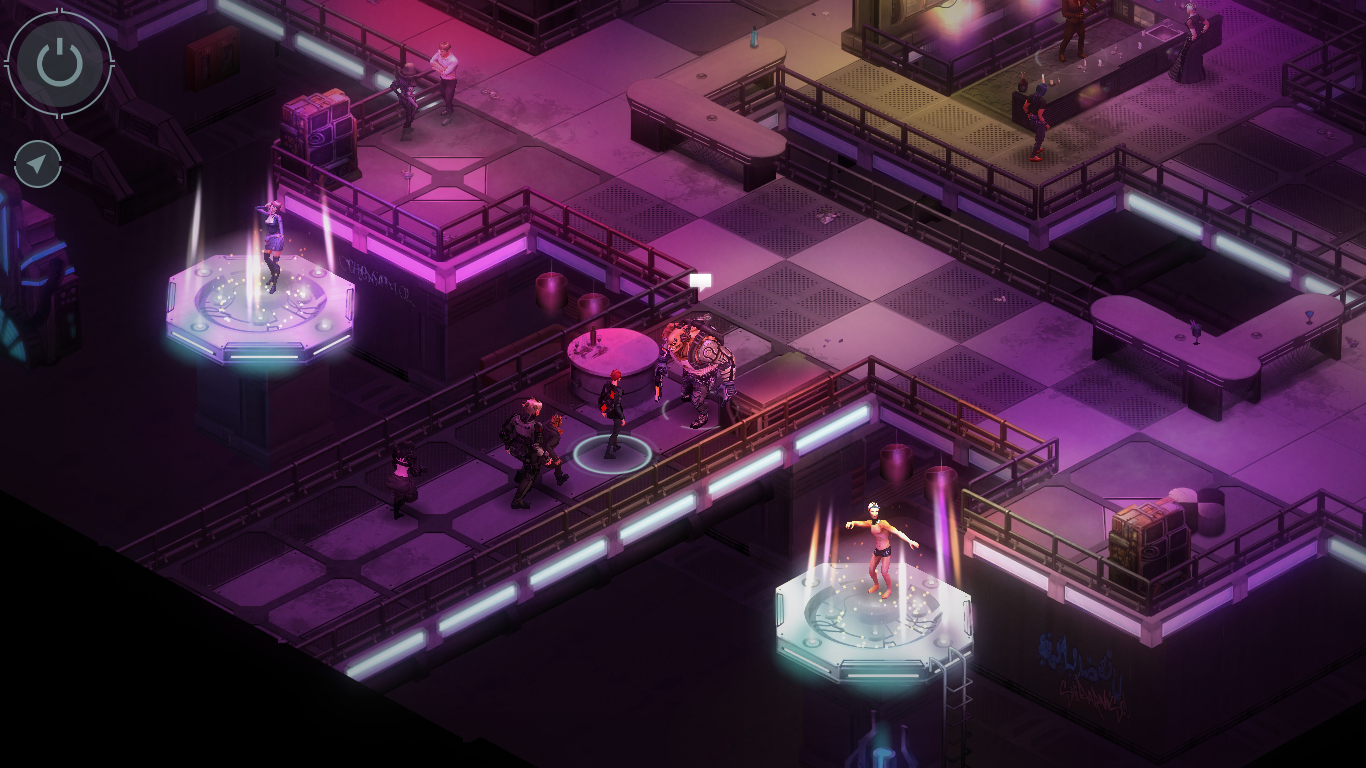 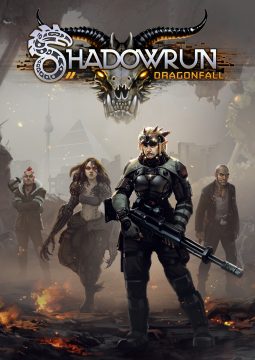 After releasing Shadowrun Returns, Harebrained Schemes started making a new campaign as DLC called Dragonfall, but the project ended up ballooning and becoming its own stand-alone entry with a vastly different structure and scope than the Dead Man’s Switch campaign, outdoing it in every single way possible. The world wasn’t open, but you had an entire town map to explore regularly as a hub, decide what runs you want to tackle when, control a regular party with their own upgrade trees, and had an ambitious story that digs far deeper into the franchise’s mythology. Dragonfall is easily one of the best sequels ever in terms of improving on the previous title, up to the point that if Returns didn’t have user made campaigns, buying it would be pointless. Everything that Returns did in a lackluster manner is done with ease and vast confidence in Dragonfall. It’s hard to believe there’s only a one year difference between Returns and Dragonfall‘s commercial releases.

Dragonfall cast you as a runner from the states who’s moved to Berlin for a new start in its anarchistic Flux State, joining a squad run by an old friend named Monica. The first team run seems like a milk run, up until Monica’s tongue explodes out of her head when she failed to steal some data while decking. Before she dies, she manages to spit out the word “Feuerschwinge” – the name of a dragon that nearly destroyed Germany. Known in English as “Firewing,” this dragon has been dead for decades, killed by a weapon developed by a scientist named Dr. Vauclair, though it’s seeming like she never died at all. You and your team may be the only people who can uncover the truth and save the Flux State from angry dragon fire, and the now missing Dr. Vauclair is central to your hopes. Once you start finding answers, though, the truth of the matter is revealed to be far, far more complicated than anyone could have ever expected. 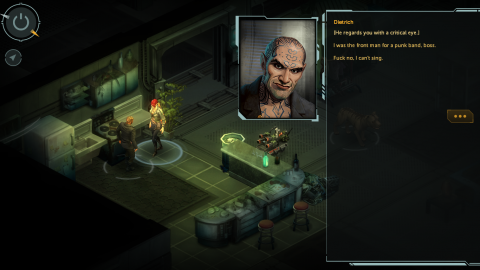 Dragonfall‘s structure is stronger than Returns, keeping your goal clear as it allows you to explore a diverse bunch of side runs and main runs, thanks to the Alice fund addition. The goal for most of the game is to raise money for an information broker named Alice to get info on Dr. Vauclair, and working runs picked by your team fixer is the only way to do it. It’s a smart way to justify the far more varied run selection, creating a lot of interesting scenarios and choices to make, both in terms of morals and in terms of utility. On top of that, everyone in your party has their own side run related to their character arc, which forms by talking with them regularly (though Dietrich simply adds another goal on a main run). Your home town of the Kreuzbasar also houses a few extra runs that grant different sorts of bonuses, and they’re all highly recommended. The amount of thought and care in each run makes the Returns runs look like amateur hour.

While decking is suggested if you want a good amount of personal funds, most any build is perfectly workable now, as there are more third options at your fingers decided by various stats besides charisma and etiquettes. This does make bloodless runs much more frustrating, however, unless you go for a full intelligence build. A late game run in an Aztecology building is particularly bad at points, because if you want to avoid combat almost entirely, you better be an adapt or have dumped a lot of karma in body, which is usually a bad idea if you have tricky or support builds, AND invested in charisma enough to have multiple necessary etiquettes (and just a tip, you want the security etiquette). The formula is perfected more in Hong Kong, but Dragonfall‘s sheer ambition in run complexity is to be applauded, despite the flaws. Shame enemies still go wild when they see a mage, a problem the game works around with party member Dietrich by giving him a defensive aura spell. Unfortunately, your mage character wouldn’t be so lucky, so I hope you like using most of your funds for med-kits. Some battles start with the player character in front, so hanging out in the back isn’t always feasible. 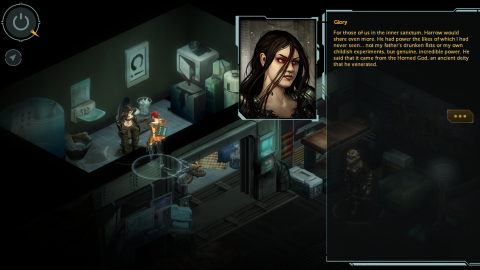 The game’s story has a family theme that’s constantly pushed by exploring the Kreuzbasar and dealing with your squad members. Monica was basically the mother figure of both, and your character has to take her place, fix what broke with her passing and correct her mistakes. There’s a lot of little events and touches in the Kreuzbasar that makes it feel like a place you’re responsible for, like a local charity trying to fix its facilities you can donate to, or helping out the local information broker with some wire tapping. The dialog really makes the world feel alive, with no one character acting or sounding like another, done entirely with text and character portraits. It helps there’s a lot of people in the town, many with no purpose beyond creating some atmosphere, having their own lives and stories playing alongside your world saving mission.

The shadowrunner squad also feels like a family unit, with a mom, dad, little sister and idiot older brother. Dietrich is a protective person and kind soul who fights the good fight for others, Eiger is the tough parent who has to say what nobody else will for their own good, Glory is a young girl who hasn’t figured out who she is or what her place in the world is, and Blitz is the moron teenager who thinks he knows everything when he clearly knows nothing. There’s even a kindly grandfather in fixer Amsel, and a family pet. It never puts this too forward, but the team functions like a family would, each with wildly different perspectives and a tendency to fight, but with a great deal of respect for each other. Their solo stories also all play into these archetypes, especially Blitz and his constant inability to learn from his mistakes. 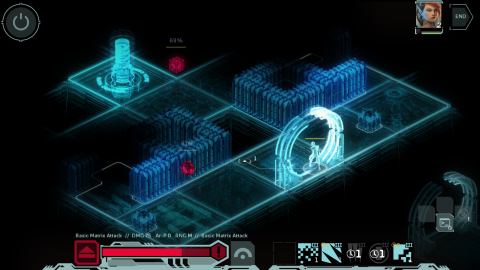 That family theme moves throughout the entire story, even down to the villains. While Returns stayed pretty close within the expected Shadowrun yarns, Dragonfall tries working a different angle in the same framework and succeeds, creating a story that twists around the hero myth. It also shows the fine line between responsibility and obsession, all leading to an incredible ending that can really rip your heart out. Where Dead Man’s Switch loses steam as it drifts from the original premise and into lore navel gazing, Dragonfall escalates naturally and never loses its thematic focus. Everything builds into those themes of family and responsibility, even the side runs, all while managing to work in an impressive amount of world building.

Along with looks at the various corporations in Berlin, you get to see how anarchists interact between communities, take down a nazi-like organization called Humanis, meet a diverse cast of characters of different nationalities and ethnicities, and even have to confront Germany’s strange attachment to religion (at least in terms of the Shadowrun universe). The world of Dragonfall truly feels like a world, completely unlike the urban culture of Seattle. It’s a mixture of city ruins and humble architecture, with color tones that bring across feelings of peace and violence both. It’s a welcoming yet hostile place that truly has its own sense of culture and style alien to the other Shadowrun games. The most impressive part is that it does this with the same foundation as Returns, it simply tones down neon lights and focuses more on singular colors and tones within a space. This slight change in art direction results in a game that feels completely different in play, and fits the story’s more somber and tense tone. 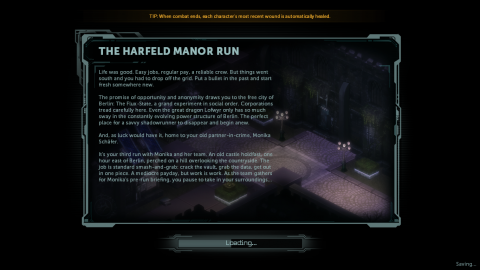 Some of the side runs are also very inventive and interesting in a multitude of ways, especially the Lodge trial run. It’s a run with a completely different squad picked for you that includes a racist mage, an elf who can’t speak your language, and a regular electrician in way over her head. It’s a run that really keeps you guessing, and it ends in a truly shocking way that makes you reflect on your actions in a way no other run does. The Lodge subplot doesn’t really go anywhere, but it introduces an unexpected amount of moral duality that’s hidden in a disguise of complexity. It stands out as one of the most interesting bits of world building in the entire game.

Kreuzbasar runs also do a great job of showing the nuts and bolts of the town, letting you see the dirty underbelly of how it keeps going along, and the necessary maintenance required due to how the various people within it don’t like to play nice. You get a great idea of the F-state’s flaws, and how they require strong, assertive individuals to properly function. A character named Lucky Strike points out the paradox if you visit her at the local wine bar, that this society that desires freedom above all else needs a leader figure to keep them from destroying themselves, and these runs show you the countless ways disaster is always looming. It makes you few certain characters differently than you did before, but even the most despicable person still gets a moment of humanity. It’s a tricky thing to balance, but Dragonfall gets it just right and makes most everyone in its world feel truly human (well, metahuman). 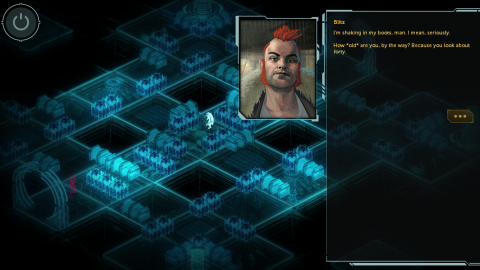 There’s still plenty of issues, mind you. The new party system gives every member two different skill branches, and you can pick one skill or another every time they level up every few runs. This is perfectly fine and a great way to customize the team to fit your preferred strategies, but it’s kind of a trap with Blitz if you aim to finish his run while you’re using a decker build and neglected his decking skills. His run requires him to enter matrix combat, so if you focused on his meat-space combat, you’re pretty much doomed.

Dragonfall is also a low karma campaign, at least compared with Dead Man’s Switch. This means trying to get ettiquites outside a shaman build is always at the cost of a very necessary skill in your main build area, and it can be deadly for riggers and their two necessary branches. Playing this like you played Returns is a good way to screw yourself, since specialization is even more important now then it has ever been. The money issues also deserve mention again, especially if your build is going to go in the middle of fire fights a lot. Med kits add up pretty fast. 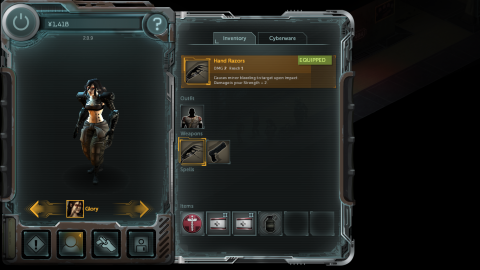 Dragonfall is still rough around the edges, but it manages to improve on every single element Returns introduced, giving a sense of freedom not possible in the previous game’s linear design. It feels like a proper, whole game in ways Returns never did, and it takes full advantage of the Shadowrun world to tell a surprisingly moving story. It perfectly captures that grim yet hopeful feeling Returns tried to convey, and does it with an absolutely fantastic cast in the process. Returns is a good exercise in translating the tabletop game to video gaming, and Dragonfall builds on that foundation in the service if much loftier goals, and nearly accomplishes them all with a level of confidence rarely seen in game design. Dragonfall has issues with the details, but the whole package is incredibly satisfying on nearly every level.