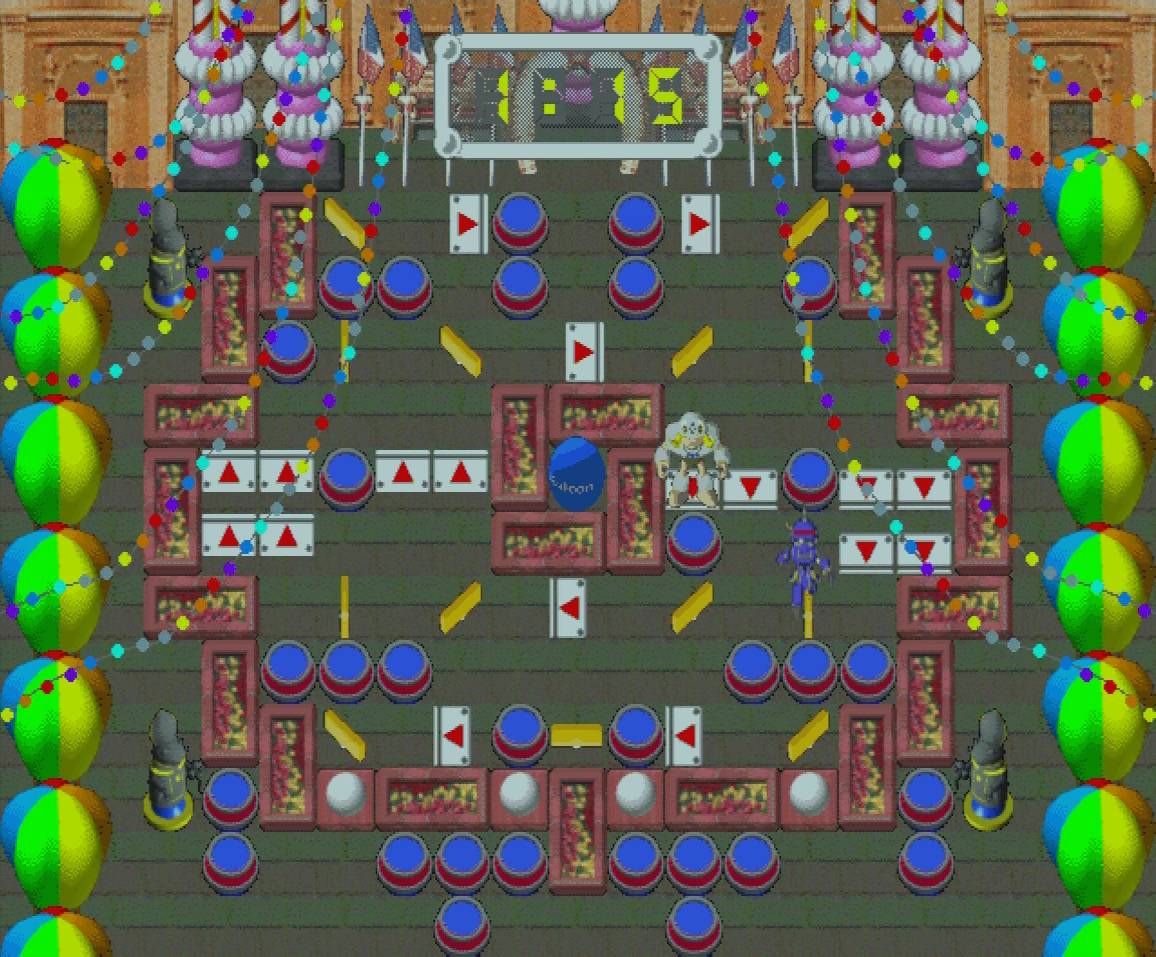 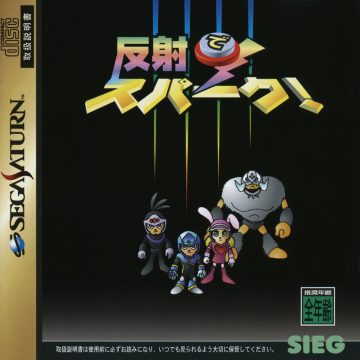 Hansha de Spark!, a 1997 Saturn exclusive and the final title of the short-lived developer known as Prism Inc., is an interesting attempt to twist the tried and true Bomberman formula into something a bit different. While the template is much the same here as its inspiration – defeat foes within a maze while avoiding your own attacks – Hansha de Spark! employs a more complex means of offense. With the A button, you can shoot a projectile that does almost nothing on its own, but becomes stronger whenever it bounces against angled walls placed throughout levels. A projectile that continues to reflect off of walls will increase in speed and grow in size until it hits a dead end and dissipates, taking anything it touches (including you) along with it. To aid in this, you also have the ability to rotate certain walls in order to change the direction shots will take when bouncing off of them. There are also power-ups to assist in your endeavors, such as a speed boost, a shield, and the ability to place down single-use walls anywhere you want. 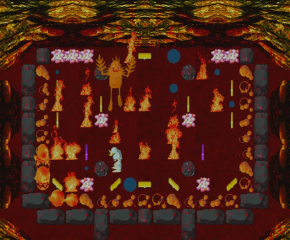 While this core mechanic sounds like it should lead into slow, cerebral gameplay, it ends up creating the exact opposite experience due to confusing and sloppy design elsewhere. Nothing in Hansha de Spark! is intuitive at a glance, between the zoomed out viewpoint, visually unclear power-ups, and graphical design that makes it difficult to tell what can and can’t be destroyed. As a result, the game often comes down to trial and error in order to figure out what to do. Levels are often designed in such a way that enemies are on top of you immediately, so it’s all too common to die within seconds. The game also has a bad habit of introducing levels that seem impossible at first glance, but simply require you to survive for a certain amount of time before the solution literally appears out of thin air. Anything and everything will kill you in one hit, and while there’s infinite continues and a save system, having to sit through the continue screen and the (admittedly brief) loading transition back to the start of the stage every time quickly wears on one’s nerves.

The game is divided into ten worlds, each with three levels and a boss fight. Levels task you with defeating every enemy within two minutes, which is easier said than done. Most enemies are simple enough to deal with, but some foes, such as the dragons and robots, are ruthlessly efficient at dodging your attacks and responding with their own. The environments are varied and each one introduces devious new hazards that exist solely to mess you up, such as lava tiles that encroach upon your space or an obnoxious fog effect that makes it even more difficult to see. Bosses are downright cruel, requiring you to hit them many times while dodging their massive bodies and elaborate attacks in cramped environments. Almost every boss is a two-stage affair as well, since smaller versions of them will pop out in an attempt to overpower you once you’ve defeated their first form. 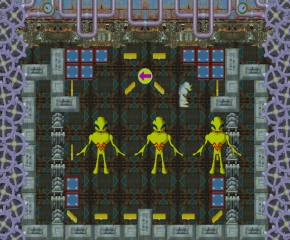 Hansha de Spark! shows promise conceptually, but it ends up betraying its own potential thanks to misguided design choices. Because of the game’s brutal difficulty and tendency to overwhelm the player, it often forces you to find the simplest solutions to survive and seldom encourages you to create mechanically satisfying chain reactions. Ultimately, it’s a great example of how difficult it can be to iterate upon the masterful simplicity of proven classics like Bomberman.

Shadows of the Tusk