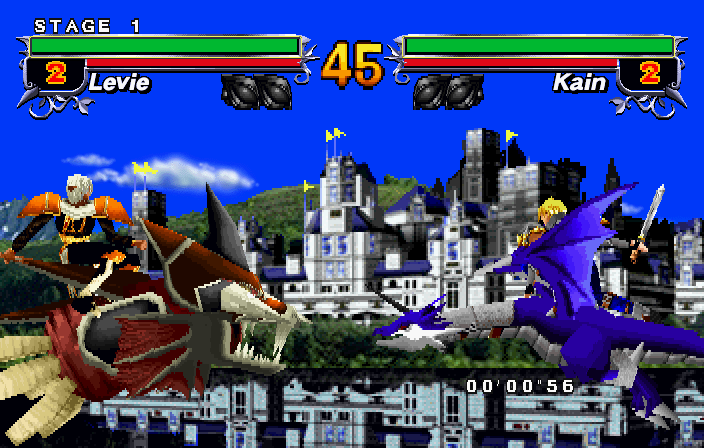 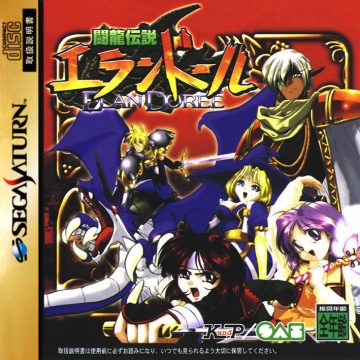 Sega’s Virtua Fighter was a killer app for the Saturn, and so many developers made their own attempts at 3D fighters. However, outside of Sega’s spinoffs like Last Bronx and Fighting Vipers, or competing titles from Namco like Soul Edge and Tekken, very few of these were any good. Touryuu Densetsu (“Dragon Legend)” Elan Doreé was seemingly the only game developed by a company called Sai-Mate, and while it’s not terribly good, at least it’s interesting. 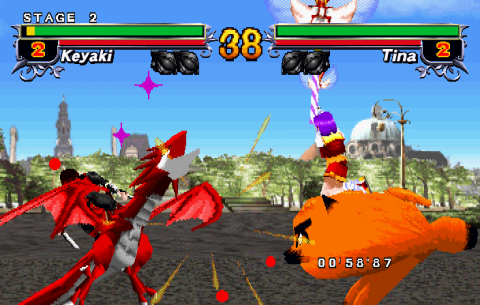 Rather than simply putting two guys/gals and having them duke it out, all of the characters in Elan Doreé are riding on dragons. The game has a very typical fantasy anime theme, with characters including the dark elf Levie Curio, the ninja lady Keyaki, and blond knight Kain. Each dragon has its own element (wind, fire, poison), and so forth, though some of their designs are pretty unique – the magician witch Marielle flies on something that looks more like a flying fish, while the magical girl Tina rides on something that looks more like a large stuffed animal.

Despite being focused on flying creatures, the fighting is strangely grounded, as the dragons can’t actually move upwards or downwards. (For a more unique fighting game that actually allows character movement in all three dimensions, see Taito’s Psychic Force series.) While bother combatants are constrained to the same vertical axis, they can freely face away from their opponent and zoom around the arena, though this action is limited by a special gauge. The human characters can jump off their stead to attack, and can be knocked to the ground, where they’re left defenseless for a few moments before their stead dashes in to pick them back up. 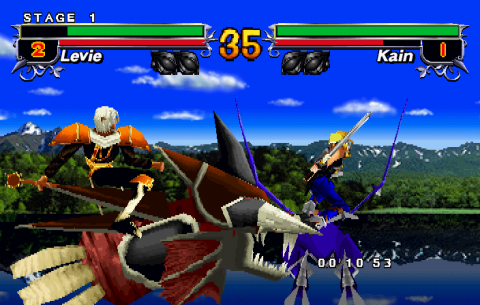 Owning to the awkward size and proportions of the dragons and their attacks, the fighting action is quite clumsy. Still, Elan Doreé tends to get lumped together with Capcom’s dreadful Final Fight Revenge as one of the last 3D fighters on the Saturn, and while it’s far from a classic, its fantasy theme and interesting (if undercooked) concept helps set it apart from that dud.