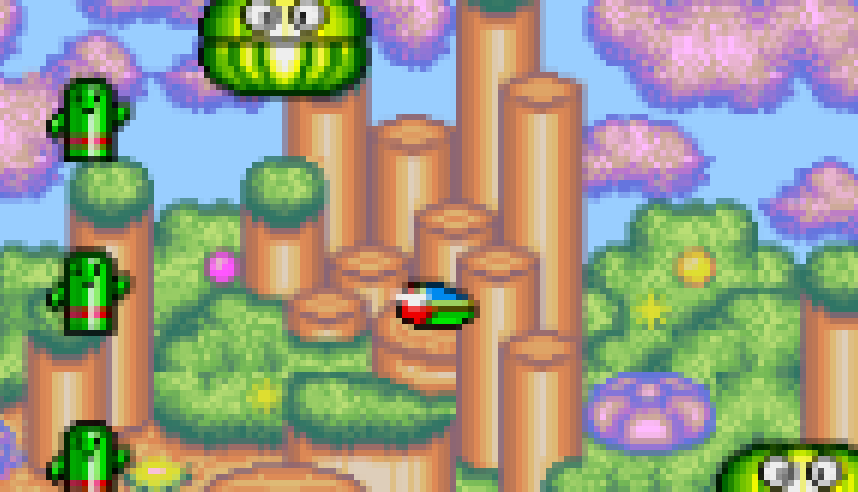 Unlike most Game Gear ports, Fantasy Zone Gear isn’t just a miniaturized version of the arcade/SMS game. Rather, it’s a completely new game. It was developed by outside company Sanritsu, who collaborated with Sega on many other projects during the era.

Since the game was developed from the tiny Game Gear screen, Fantasy Zone Gear removes the status bar from the playing field, which means there’s no radar, or even any indicator of your weapon ammunition. In spite of this, the game still feels rather cramped. From a technical standpoint, it feels poorly programmed, as the animation and movement is distressingly choppy. The controls are also a bit floatier than the other games, so it’s way too easy to accidentally stumble straight into an enemy.

There are a handful of new weapons, like the homing shot, as well as an auto-fire option. You can also pause the game and select between your power-ups, which is handy. There are seven levels total, including the usual final boss rush, though none of them are named. 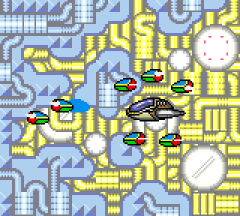 The visuals are fantastic too. While not as full of pastel colors as its predecessors, the backgrounds are much more detailed than the Sega Master System games. Additionally, the soundtrack is also relatively well done.

For what it is – a way to play a Fantasy Zone game on the go – Fantasy Zone Gear is decent enough, but its awkward controls and cramped screen reduce it to being one of the lesser titles of Sega’s series.