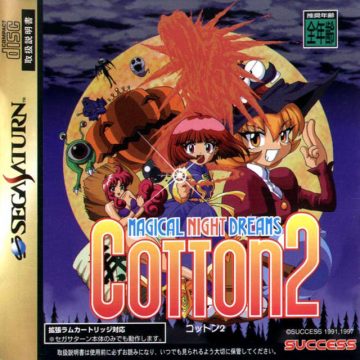 The first true sequel to Cotton appeared in the arcades several years after the original, running on Sega’s ST-V hardware. It actually mixes up the formula substantially, which makes it stand out from its predecessors as well as other shoot-em-ups.

You still collect crystals to power-up your ship, although there are four different magic spells instead of just two – Ice, Fire, Wind, and Light. The crystals also determine the element of your primary weapon, similar to Hudson’s Soldier Blade. However, since crystals are sacrificed whenever using a magic spell, if you use too many, you may be stuck with the weak default attack. The charge attacks and fairy abilities are gone. 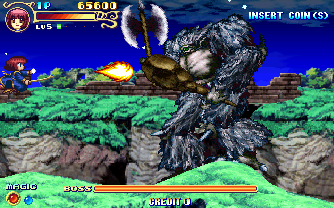 You also now have a life bar, making the game a bit more forgiving. There are also “command” shots, which are executed via a fighting game-like motion. These can be used to fire in various directions, which is helpful for clearing out enemies above and below your character. Unfortunately, actually using them during play can be cumbersome.

You can grab and pick up almost everything in the game, including enemies and their shots, and then throw them. You can also “seal” enemies using one of the command motion attacks, which encases them in a huge, floating orb. They can then be picked up, carried as a shield, and tossed around the screen to destroy other enemies. By keeping this orb on screen and scoring combos, you can eventually rack up high scores. You can also shoot the orb to release health bonuses. The orb behaves differently, floating in various directions, depending on which magic you have equipped, so being able to manage it is important. When the orb falls off screen or hits an enemy that is too powerful, like a midboss, it turns into a bubble, which grants points, depending on how many enemies you killed with it. 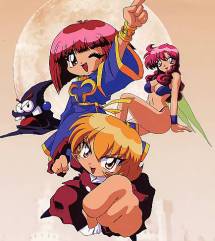 There’s also a two-player mode, which introduces Cotton’s friend/foe Appli, another witch with a thing for Willows. There are some nonsensical interludes after every stage, much like the previous Cotton games. The only real issue is that, like the original, the player sprite is simply way too large, and weaving through enemy fire can sometimes be an incredible pain. Still, it’s better balanced than the original game.

As can be expected of a game running on ST-V hardware, it’s filled with gorgeous 2D graphics, especially the gigantic bosses, with limbs that animate independently with sprite rotation effects. The backgrounds are elaborately drawn, especially the castles in the first and second stages. 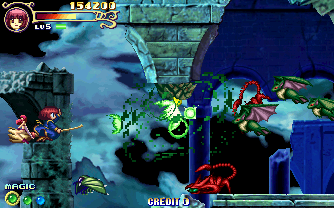 Cotton 2 was also released for the Saturn, and it’s practically arcade-perfect. There’s also a new “Saturn” mode which has some different graphics – the first level has snow over all the mountains, for example – and remixed enemy patterns. It also has extra control options so you can assign rapid fire or special moves to a single button press, reducing the need to rely on command motions. 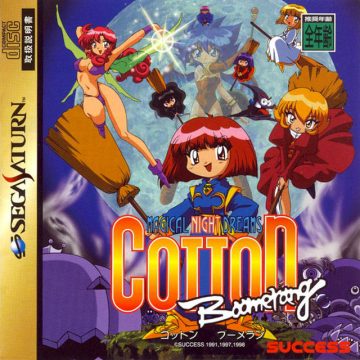 The next year, Success released Cotton Boomerang. It isn’t quite a real sequel – almost all of the enemies are very similar, if not identical, to Cotton 2, and the levels are simply changed around a little bit – but it does completely overhaul the game mechanics. At the beginning, you get to choose three out of eight possible characters – three variations of Cotton, three variations of Appli, the fairy Silk or Appli’s magical hat Needle (who is an homage to a similar talking witch’s hat in Go Nagai’s anime/manga Dororon Enma-kun). Each character is themed after one of the three elements, so you can no longer change them with crystals, and they all have completely unique shot patterns and attacks. You’re also now free to use your magic spells as often as you want, executed by holding down the shot button, putting more firepower at your disposal. However, the bad guys also attack with more bullets, and the stages have been rearranged with different layouts and enemy patterns. 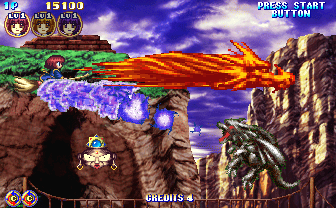 The life bar has been removed, so one hit will kill you, and each character is basically a “life”, though there are now “barrier” items that create a shield. You can switch between characters a limited amount of times, although each change will also cause a large explosion, essentially acting like a bomb. The experience bar is gone, so you automatically gain a level when you get a yellow crystal.

The new characters, Silk and Needle, are much smaller than the witches, so it’s a lot easier to dodge shots. On the flip side, it’s quite possible to lose view of them amidst all of the chaos. Since the life meter is gone, throwing the orbs isn’t quite as important as before, but is still necessary if you’re going for high scores.

While most of the graphics are identical to Cotton 2, many of the backgrounds have been redrawn to look a bit nicer, and certain stages look slightly different – the second stage takes place during the day instead of at night, for instance. The story scenes have been replaced with goofy high res pics of the Cotton gang pining over Willows and generally acting silly. 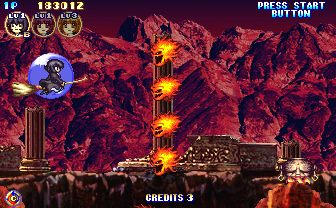 Overall, it’s hard to say that Cotton Boomerang is actually better than Cotton 2 – it’s just different. Still, it’s probably not worth it to own both unless you’re a big time collector, especially given how expensive they both are, so Boomerang is probably the one to pick, if only because there’s a greater variety of weapons. The Saturn version also includes a nice little art gallery, plus like Cotton 2, has the ability to map the command shots to the spare buttons on the controller. 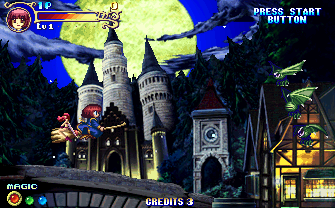 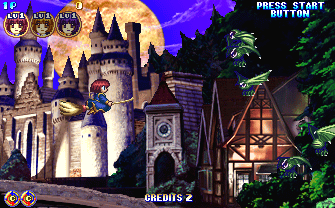