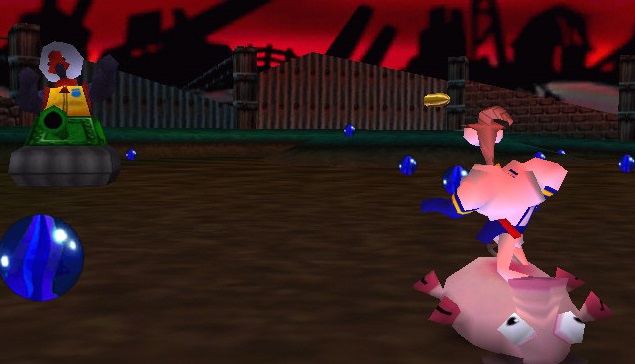 After the release of Earthworm Jim 2, Shiny was bought by Interplay, who helped publish MDK, their next game. With the Shiny members working on other projects. Interplay saw fit to carry the series into the third dimension, farming the Earthworm Jim property to a different development team in the process. The new guys were VIS Entertainment, who later went on to create the underwhelming State of Emergency games. The N64 version, oddly enough, was published by Rockstar.

Apparently, our hero Jim was involved in a cow accident, which lands him in a trip to the hospital. His enemies (Psy-Crow, Professor Monkey-for-a-Head, along with other new characters like Fatty Rowsell) have infiltrated his mind, so Jim enters his own psyche to do battle. It’s an amusing concept that doesn’t really pay off, although the final boss is Jim’s feminine side, Earthworm Kim. 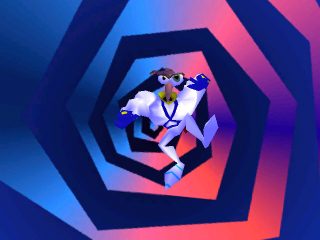 Like most 2D-to-3D games that were released in the 32/64-bit console era, the developers never quite seemed to understand how to properly make the transition. In this case, Earthworm Jim 3D was turned to mimic other 3D platformers at the time, similar to Rare’s games like Donkey Kong 64 and Banzo Kazooie. It controls pretty much like the standard 3D platformer at time – large, boxy environments, slippery controls, and a camera control that you’ll constantly need to wrestle with. Whipping enemies doesn’t really seem to work, because Jim is always obscuring the viewpoint, so attacking enemies is a matter of getting close and wailing on the button, hoping you’ll hit them. The gun aiming controls aren’t much better. Although you can still use Jim’s head as a helicopter to prolong your jump, you can only spin for less than a second before dropping straight to the ground. 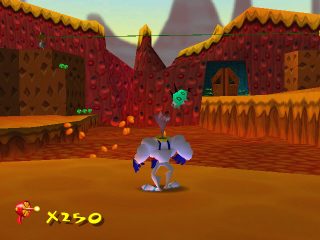 The levels are mostly, although not entirely, linear – there’s usually a goal at the end, but occasionally you’ll need to talk to a character to obtain a mission, and report back to them when completed. These will yield Golden Udders, which are required to unlock new stages. In addition to hunting down these Udders, you’ll also need to pick up floating marbles (since Jim has lost them… get it?), which are also required to open new areas. 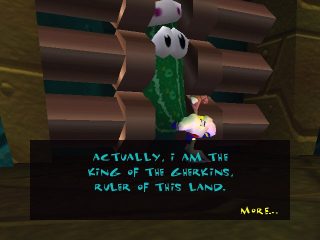 And here’s where the frustration kicks in. The game doesn’t actually save which marbles you’ve picked up, it just keeps a total record. It gets extremely annoying when you’re told you need more marbles to enter the next stage, have to backtrack to a previous level, and collecting ALL of the marbles you’ve gathered already (the game never differentiates) in addition to any extra ones. Furthermore, every time you die, your marble count resets to zero, forcing you to regrab anything you collected in your previous life. There is no word for this kind of tedium. 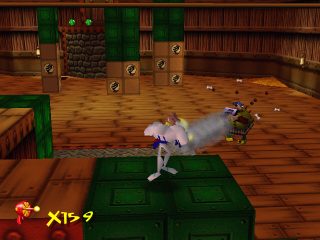 The environments are all incredibly dull, which is probably the biggest tragedy of the game. Since you’re travelling through Jim’s brain, you’d expect something really unique, but the first level seems to take place in a warehouse, complete with repetitive wood textures and brown boxes everywhere. The second level is a crazy barnyard, and even that looks boring. There’s almost none of the creativity of the previous games. At least Jim’s character model looks pretty decent and is fairly well animated. 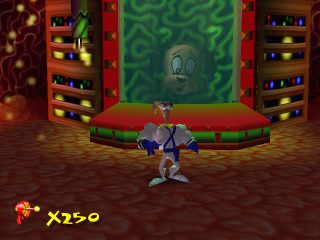 It’s clear that the developers had played the previous Earthworm Jim games and understood its sense of humor, but couldn’t even hope to do anything as inspired. Yes, yes, cows and hamsters and bagpipes are funny, but it still lacks freshness. For instance, in the first stage, you pull a trigger which launches several refridgerators into the air. At various points throughout the game, the refridgerators fall on various people you’ve helped, and Jim even gets squashed at the end. Funny stuff – if you’ve never seen the first game. Furthermore, there’s actual dialogue in this game (although not much voice acting), and it’s not nearly as funny as you’d expect it to be. Part of these seems to come from the fact that it’s based on the (only slightly funny) cartoon series. Some of it just doesn’t fit – at one point, you get a butcher knife that acts like a boomerang, which is used to decapitate enemy cows. Amusing for a Conker game, maybe, but it really doesn’t fit in with Earthworm Jim. 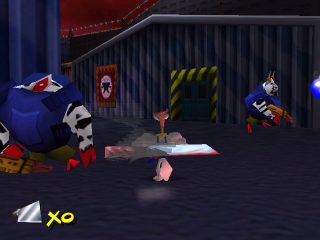 There are numerous segments that aggravate beyond belief. In one segment, you need to shoot certain distant targets in a short time span, except your gun doesn’t allow any semblance of aiming. The boss battles are “pig surfing” stages, where you’re plopped in a close arena while riding a pig. You need to collect all 100 marbles in the stage, but your opponent is also trying to steal them. There are missiles that occasionally spawn around the arena. If you get hit, you lose five marbles – if they get hit, they lose five marbles. Thus, it’s extremely slow, drawn out of tug war, especially since it’s nearly impossible to accurately control your movement, and it’s way too hard to actually see the missiles your foe is shooting at you. 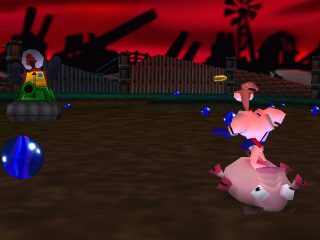 Even if you have a high tolerance for N64 era platformers, Earthworm Jim 3D is on the lower end of mediocre. It apparently suffered from an overly long development cycle, but it’s still clear that it was rushed – the game advertised the appearance of Evil the Cat, who doesn’t show up at all. There was also a PlayStation version in production, although that was cancelled. Only the N64 and PC versions remain – the PC version runs smoother and at a higher resolution, plus has CD music – which isn’t quite up to par with the 2D games, but isn’t too bad – so it’s probably the way to go, if you must.