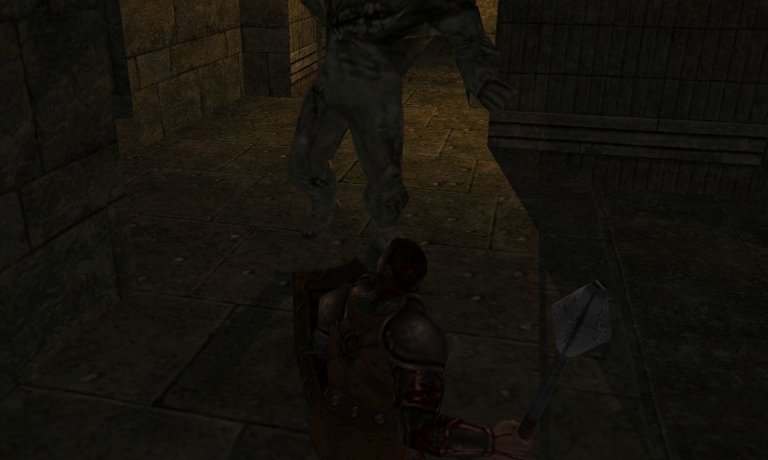 How many video games developed in Spain can you name? Probably the Commandos series by Pyro Software. If you are one of those still playing adventure games, maybe Runaway and all the sequels from Pendulo. But then you’ll remember Mercury Steam, the guys who brought the very polarizing Castlevania: Lords of Shadow. Actually, few people outside of Spain know that but Mercury Steam is pretty knowledgeable when it comes to hack & slash games. The studio rose from the ashes of Rebel Act Studios, the creators of Severance, a cult classic game which came out in the early 00’s. 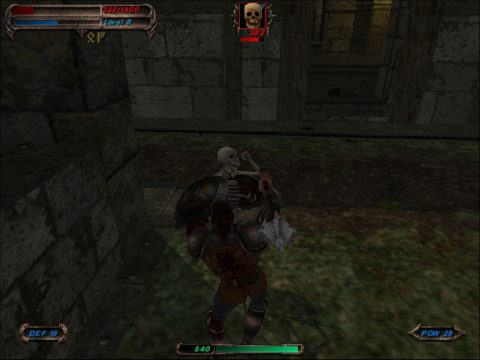 The story isn’t really what you’re looking for here. In a heroic-fantasy world, the Lord divided Creation into two forces: a Spirit of Light and a Prince of Darkness. Trying to topple his father’s reign, the dark prince spawned many evil creatures and raged war against his family and their numerous godly descendants. To make a long story short, the Prince of Darkness was banished from the physical world by a powerful spell and the gate between the realms was closed by an unnamed hero, whom died in the process. The hero left his sword of light stuck in the temple of Ianna in a very Arthurian fashion. Many years later, the seal weakens, and the sword becomes the tainted “blade of darkness”. A new hero is needed to purify it, and kick the Prince of Darkness’ butt permanently, for good measure.

Adventure calls and you must choose between four characters. Each one of them has different characteristics, unique combos and a favored combat style: 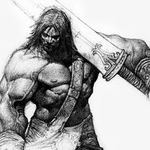 Half-naked and covered with tattoos, Tukaram is the iconic character of the game. He handles heavy two-handed weapons such as eclipses, battle axes or claymores. His combos are difficult to use but are also the deadliest of the whole game. His reach is insane and Tukaram can easily kill most of the early game enemies with one hit. On the other hand, he is pretty slow and can’t dodge well. The barbarian can only get one blunt weapon in the game, making the undead and golems annoying to fight. 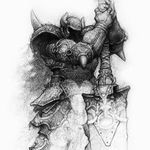 A versatile character. Sargon is a well-balanced fighter pairing one-hand weapons with various sorts of shields. He is not very fast, nor very nimble, but has decent health and can equip every armor set in the game, making him pretty sturdy. Last but not least, Sargon’s got plenty of combos. With the knight it’s a good idea to check your shield before every battle since they tend to break extremely easily. 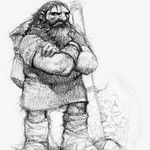 For every game, you will find a character suited for masochists. Those players will enjoy the company of Naglfar. At first, he seems to play like Sargon, but his reach is much shorter and combos are scarcer. Don’t think about dodging; it’s all about shield-blocking and splitting skulls with axes. Unfortunately if enemies block one of your attacks, you’re done for. On the bright side, Naglfar gets the highest amount of hit points. 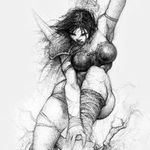 Lithe and fast, Zoe is an awesome character for beginners. She doesn’t need to sheathe her weapons to run, she can use long-ranged weapons such as Naginatas, and she can wield spears while easily dodging attacks. Due to her extremely low health, the amazon is definitively built as a hit-and-run character. Fortunately, she is very proficient with the bow. Her lack of combos makes her a bit dull to play for seasoned players. 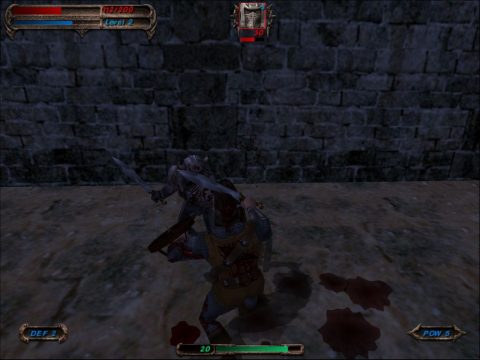 Blade of Darkness is a third-person action game, sharing vague resemblance to the Souls series, released nearly a decade later, designed by FROM Software. The biggest difference from the typical hack & slash formula is how combat is handled. Your avatar possesses two different bars: life & power. The first goes down as you take hits while the second one dwindles accordingly to your attacks. Clicking like a madman will temporary exhaust you, leaving you defenseless against enemy attacks. Power cost depends on two factors: the weapon used and the type of attack. If your character doesn’t know how to use a class of weapon, the results will be disastrous. Playing as Sargon automatically excludes the use of spears and two-handled swords, even though you can pick them up through the game. As a rule of thumb, bigger weapons cost more power to wield. On the same basis, deadly combos burn up much more power than traditional directional attacks.

Since a hasty attack can be the end of you, combat is all about patience. Humanoid enemies are pretty clever and monsters are extremely brutal. You will die a lot in the first levels before eventually “getting” the ruthless flow of flurries, openings, and blockings. Except for one or two bosses, the game remains hard but never becomes unfair. Each type of foe is weak against a category of weapons or a specific attack than from another; therefore, experimentation is advised. Rebel Act Studios also implemented a simple progression system. Killing tough enemies eventually makes you level up, garnering health and opening access to deadlier combos. Since you need to murder your way through each level, being underleveled never happens.

Another factor to take into account is equipment. Weapons directly affect your attack power (obviously) but also your defense as well. The more dangerous a weapon is, the harsher will be the penalty for using it. Besides, each weapon feels and handles differently, shaping your combat style in a different way. Therefore, it’s always a good idea to keep more than one weapon with you (up to a max of four). Dodging and blocking are key elements to master as well. By right-clicking, you can attempt to dodge an incoming attack. The efficiency depends on the character and your timing. Left-handed shields (equippable as Sargon and Naglfar) or weapons can block, allowing you to stop an attack and very briefly stun your opponent. Be warned that blocking will destroy shields and weapons after several uses.

In pure beat-em-up fashion, various items can be used and picked up to allay your suffering. Instant items take the form of small health potions and food while stronger healing items can be stored in your inventory. Some foes carry potions too, and won’t hesitate to use them in the middle of the fight. Furniture can be picked up and thrown at enemies or used to disarm traps. The bow is a special weapon used in first-person view. It’s clunky and not very powerful, but might be used to dispatch unreachable enemies.

The level design is usually pretty typical. Gathering keys to reach new locations will be your job most of the time. Strangely enough, the levels themselves tend to be either completely straightforward or labyrinthine. The level select lets you pick your destination, but in the long run isn’t relevant since all of them must be cleared. The rules change in the final part: once you retrieve the titular Blade of Darkness, you can either proceed to the final level or go back to preceding ones. To purify the sword (and to reach the true final level), you have to locate six runes scattered through the game. Acute players will already have acquired them, while others will have suffer by replaying those levels which are now crowded with high-level monsters. 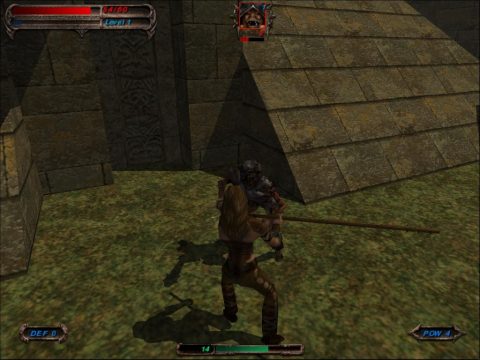 Severance was praised by the press upon its release for the quality of its lighting. The constant play on light and dark, and the use of torchlights are indeed still impressive. The environments are gigantic, always giving an impression of despair and loss. Starting in classic medieval fantasy environments, the levels becomes more and more Arabic-inspired as you progress toward the Temple of Ianna. The game’s production was extremely long and the textures and animations are a constant reminder of its toll. Characters are blocky, and their animations are crude at best. Codemasters’ re-branded “Severance” title highlights the most visual feature of the game. Severed arms fly, characters are splattered in blood, and decapitated goblins keep walking like headless chickens.

The audio is interesting but pretty sparse. Most of the sound effects consists of groans and monster screeches. Once in a while, a short soundtrack is heard for a brief moment before disappearing. Rebel Act was probably going for a build-up of isolation but offering more of Oscar Aurajo’s tribal-infused orchestral soundtrack would’ve been preferred.

A multiplayer mode was conceived but was unplayable at release. Originally a basic deathmatch mode, it was completely revamped by a strong community. Mods are still being made today, adding maps, skins or even mounts. The game’s SDK was released a few months after release but Severance was programmed in Python, making coding unexpectedly hard for enthusiasts. 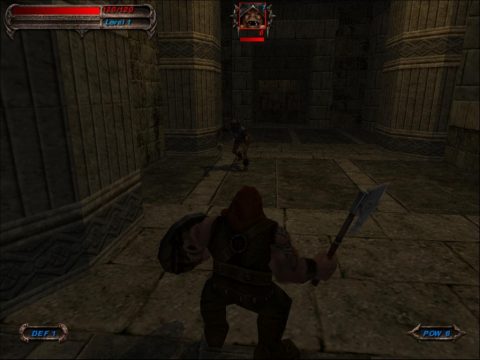 Blade of Darkness reached a cult status in Spain, and it’s easy to see why. The combat, while challenging, is extremely fun. The eerie ambiance plunges you into the world it creates. The gore & grotesque deaths are merely the icing on the cake. It aged much better than Treyarch’s Die by the Sword, another “innovative” PC hack-and-slash. Rebel Act Studios opened in 1996 and Severance was released on February 2002. The game itself sold well in Europe (for a PC beat-em-up) but bombed in the United States. The lack of experience from the team and the long and costly development are some of the reasons for the studio’s shut down, causing the cancellation of two follow-up projects: an Xbox port called “Blade Forever” and a proper sequel. Rebel Act Studios employees split into two studios: Mercury Steam and Digital Legend, the latter being a mobile developer. Even with 10 years separating them, Severance and Castlevania: Lords of Shadow share the same concept artist, game designer, and composer.