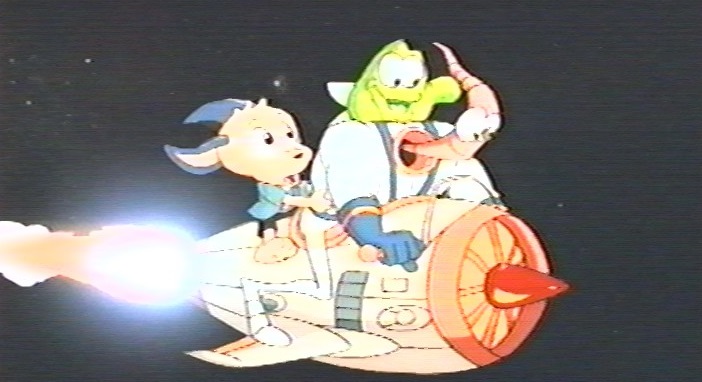 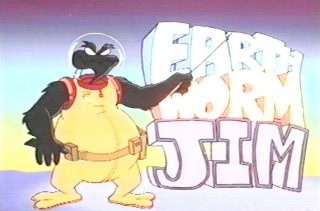 In 1995, roughly a year after the original Earthworm Jim video game was released, began a TV series devoted to our favorite worm-turned-super-hero. As it happens, both Earthworm Jim and Peter Puppy live together in a nice, quiet suburban neighborhood… at least, when they’re not being attacked by Queen Slug-for-a-Butt, Professor Monkey-for-a-Head, Psy-Crow, and Bob. Also added to the mix is Evil Jim, an evil doppelganger. Much of the random humor from the video games translates pretty well into a cartoon, but it doesn’t quite hit all of the notes it should. All of the villains are amusing, each with their own quirks, sometimes working with, or against each other. Surprisingly the weakest link is Jim himself – voiced by Dan Castelleneta, the acting is way overdone, and it ends up being more obnoxious than funny. It doesn’t help that the melody of the (intentionally?) awful theme song is repeated over and over as background music. Still, some of the plot lines are somewhat inspired, like when Jim needs to run across the galaxy to retrieve an egg beater for his neighbor, or when a mystical sword turns Jim into a viking. It ran for two seasons, for a total of twenty six episodes – not bad, considering that other similarly-themed video game shows like Battletoads and Bubsy never made it beyond a single pilot. Eight of these were collected onto four VHS releases, although there are no current DVD releases. 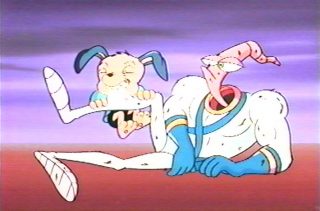 Of course, there were a number of action figures of the Earthworm Jim crew. They obviously never replicated the success that Playmates had with Teenage Mutant Ninja Turtles, but they did alright for themselves. 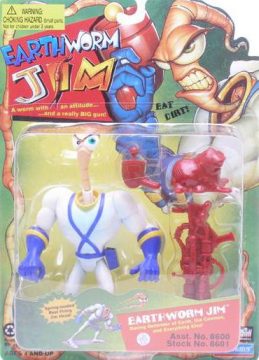 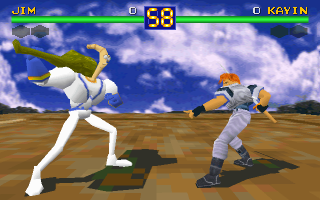 Jim has shown up in a few fighting games. He’s a secret character in Battle Arena Toshinden for the PC, although he’s really just a new model for the character Rungo Iron. His voices include sound clips from the Earthworm Jim games, and his music is the banjo chase theme from the Andy Asteroids level. Jim also shows up as a playable character in Interplay’s ClayFighter 63 1/3. He is voiced by Dan Castellaneta, much like the TV series, although Dan also provides the voice of Boogerman. It’s amusing to see Jim rendered as a clay action figure, but like the rest of the ClayFighter games, should absolutely be avoided. 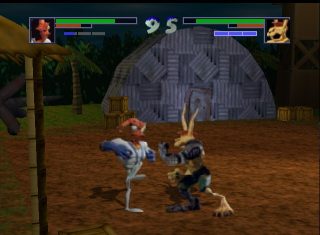 The Future of Earthworm Jim

In 2006, there were rumors that an Earthworm Jim was in development for the PlayStation Portable. Eventually, screenshots began to trickle out, showing it to be a 2.5D game similar to Capcom’s Maverick Hunter X and Mega Man: Powered Up. Although the first screens showed a rendition of New Junk City, leading people to believe it would be a remake, the developers confirmed it would, in fact, be mostly a new game, with elements from some of the 16-bit titles. Alas, due to the financial instability of Atari, the owner of the Earthworm Jim IP at the time, the game was cancelled. In more recent times, some of the old development staff have expressed interest in a completely new game for modern platforms, although nothing has been set in stone. 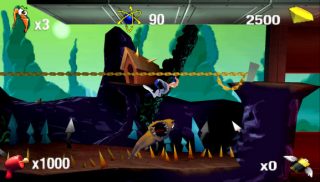 The Legacy of Earthworm Jim

Although there hasn’t been anything on the market quite like Earthworm Jim, its creators have gone on to develop some interesting games that share its spirit.

Shiny’s next game after Earthworm Jim was the successful MDK, their first venture into 3D gaming. While it’s a bit more serious than Earthworm Jim, it has its own bizarre, if understated, sense of humor. In one area, you collect Earthworm Jim head icons, which drop cows on your enemies. The sequel was developed by Bioware (usually known for RPGs like Baldur’s Gate), while Shiny worked on other games like Messiah and Sacrifice. Dave Perry stayed with the company, all the way up through the two terrible Matrix games developed for Atari, until eventually they merged with The Collective (Buffy the Vampire Slayer for the Xbox, Star Wars Episode III, Silent Hill: Homecoming) to form Double Helix.

Other team members went separate ways. Douglas TenNapel went out to create the claymation based Neverhood series, including the platformer Skullmonkeys. After leaving the video games industry, he concentrated on comics like GEAR and created the Nickelodean cartoon Catscratch. His unique brand of artistry has evolved quite a bit since Earthworm Jim, but still maintains much of its wackiness. 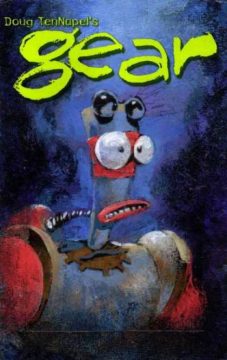 Nick Bruty and Andy Aster, a graphics designer and a programmer left to form Planet Moon Studios, who created Giants: Citizens Kabuto and Armed and Dangerous, both games with unique senses of humor.

Tommy Tallarico still composes video game music, but also helped organized the Video Games Live orchestra concerts across the world. He also had a brief stint as a host on a G4 TV show.