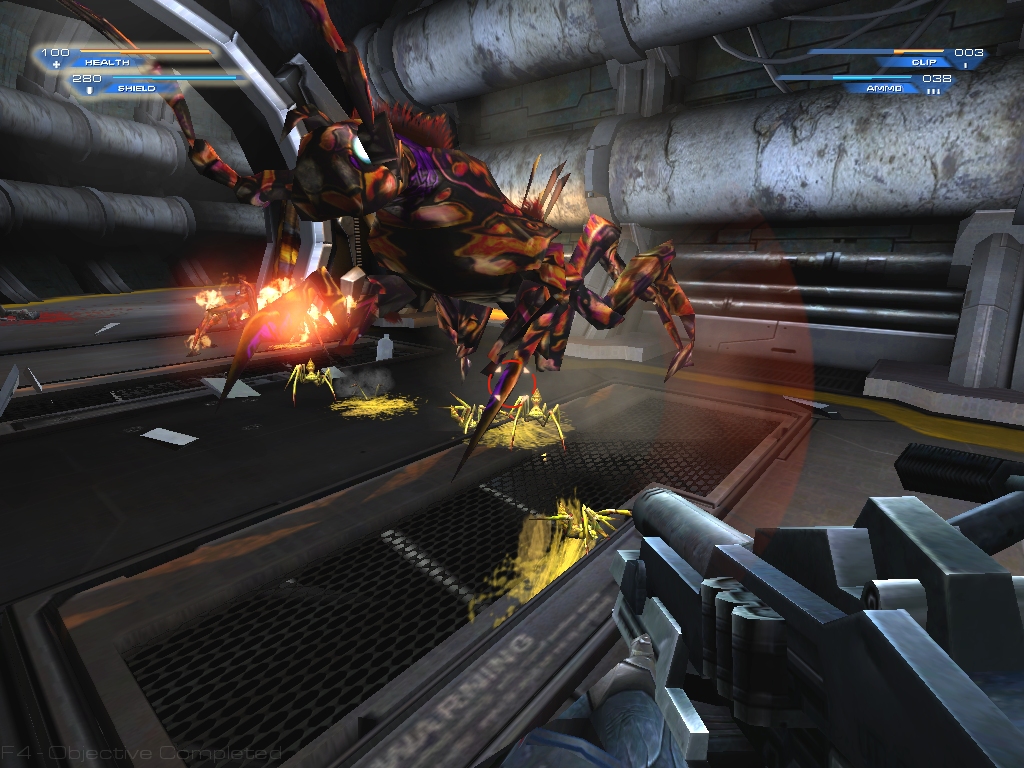 The first Unreal game successfully broke iD Software’s dominant position in the first person shooter genre and have made a name for Epic Games as a serious developer. With the market shifting towards competetive arena shooters it was inevitable that Unreal and Quake franchises would receive this kind of entries: Unreal Tournament and Quake III Arena respectively. The proper sequel to Epic’s breakthrough hit wasn’t even developed by either them or Digital Extremes, as it was initially planned since these teams were busy with the Tournament game. Instead, it was the job of Legend Entertainment, a company mostly known for text/point-and-click adventure games, but who were responsible for Return to Na Pali expansion pack for the original Unreal.

The Unreal Bible design document reveals that the sequel initially had Prisoner 849 taking control of the Skaarj Mothership in order to escape Na Pali and travel to another planet, perhaps the homeworld of the Skaarj themselves. This idea was completely ditched and there’s no direct connection between Unreal II and the previous game. Apparently, the developers liked the idea of collecting alien artifacts, around which the game’s story revolves. 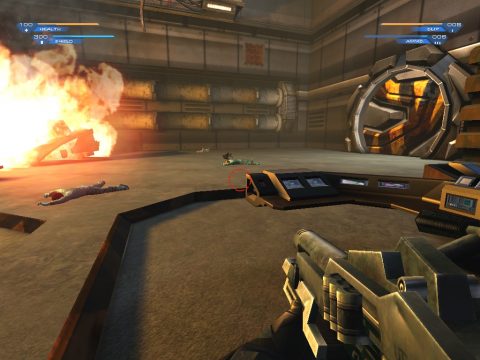 This time around, the player’s avatar is Terran Colonial Authority Marshall John Dalton, a rather regular FPS dude donning a powered armor suit. His job is to search for pieces of an ancient artifact which is said to be a powerful weapon that can’t fall into wrong hands of either the dreaded Skaarj or greedy transgalactic corporations. Aiding him in this task are crew members of TCA Atlantis spaceship: Isaac – the weapons engineer, Ne’Ban – a weird alien assigned to you as a pilot and Aida – the first officer of your spacecraft who also briefs you on missions.

Rather than being stuck on a specific planet, Unreal II has the player visiting various worlds during the course of Dalton’s missions. The gameplay is much more action oriented and the story is presented by cutscenes and spoken dialogue lines, with Translator Messages being absent. This, and the introduction of established characters makes for a radical departure from what made the first game so memorable.

Mechanically, the player moves at a vastly reduced pace despite his ability to perform the dodging maneuver, thus evading enemy attacks is harder than before. On the fortunate side of things, the alternative fire is still there though most of the arsenal is revamped. The only guns left from the prequel are Dispersion Pistol and Sniper Rifle, albeit thoroughly redesigned with a sleek, modern look to them – the other tools of trade are completely new. Or would it seem so, since this game was made by Legend, one should expect lots of weapons of Terran origin such as pretty much standard assault rifle or shotgun and an interesting take on rocket/grenade launcher which can fire multiple types of projectiles, homing variant included. But most players certainly missed iconic tools of destruction such as Razorjack or Flak Cannon. All the weapons, with the exception of Dispersion Pistol need to be reloaded, something you wouldn’t expect in a game bearing Unreal title. In fact, it’s the only entry in the series that does so with majority of its available armament. Health and armor are handled in pretty much generic manner – there are no different armor pieces and shield belts to collect, just charges for your powered armor, very much as in Half-Life. 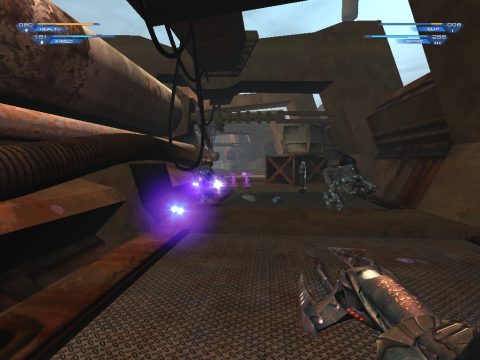 The creature roster in Unreal II is quite different. Although the Skaarj mark their return, there is no multiple variations, they rather come in light, medium and heavy classes. They received a few more  moves to counter the player such as ability to deflect bullets with their blades. The Trooper class is absent this time, but their role is filled in by human opponents – mercenaries of Izanagi and Liandri corporations, who also happen to be split into three classes just like the Skaarj. There are also a slew of brand new alien species: with the most interesting being ape-like Izarians and biomechanical Drakk abominations encountered during the final mission of the game.

Enemies are sometimes fought in a kind of “tower defense” scenarios. These require you to set up defense around a given perimeter via deploying stationary weapons and ordering human allies around. Once preparations are complete, you have to hold your position until all enemy waves are wiped out. It goes without saying that these moments slow down pace of the game and don’t feel like Unreal at all. Just like conversations with NPCs which might also appear as annoyance to players expecting non-stop action and exploration just like in the original game.

Owing to capabilities of the second iteration of Unreal Engine, the levels are beautifully detailed and make extensive use of static brushes, as opposed to troublesome constructive solid geometry low-poly architecture. It also allowed to make levels even bigger and detailed by comparison, though most of the gameplay occur in relatively confined spaces. Of course, the editor is still here, updated to version 3.0, but Unreal II didn’t see any major mods or custom campaigns the first game had in spades. 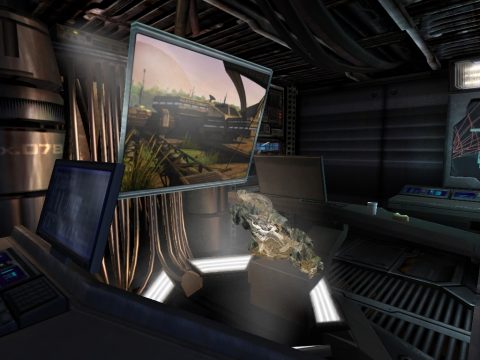 The sound work isn’t particularly bad or good either, but the soundtrack is certainly not as memorable as in the first game. Most songs were composed by Jack Wall and Jeremy Soule, but one track by Alexander Brandon was included and one can definitely notice its distinct style stands out from the rest. Additionally, the module format is completely ditched in favor of Ogg Vorbis files, which is understandable considering how hard disks grew in capacity, thus allowing better quality, but streamed audio doesn’t have all the tricks that module files posses.

Some time after its release, Unreal II featured expanded Multiplayer mode, which is a team based one, predating Onslaught mode from Unreal Tournament 2004 (albeit without vehicles). Legend clearly wanted to do away with the good old deathmatch, but to no avail, which is not a surprise, especially when they didn’t include the multiplayer component at the game’s release. Development of XMP was halted with the closure of Legend Entertainment and the upcoming release of Unreal Tournament 2003.

Unreal II isn’t a bad game on its own, it’s just a different one, and it’s not even trying to improve on its predecessors’ qualities, which is why many fans of the franchise look down on it. Most likely because of too numerous changes to the gameplay and setting, it’s more or less similar case to Deus Ex: Invisible War. But if you forget how little it resembles the original Unreal, you might really enjoy this game.