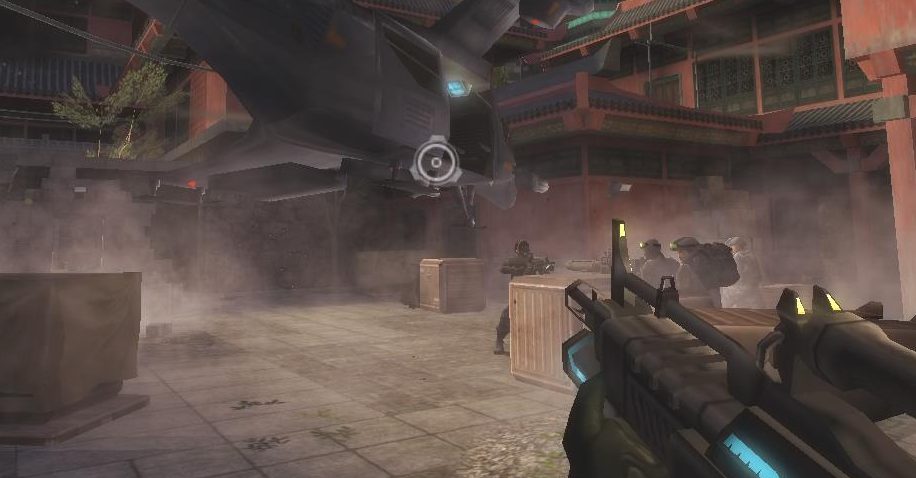 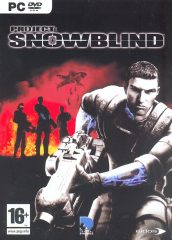 Deus Ex: Invisible War was supposed to be followed up with a third game known as Deus Ex: Clan Wars, a tactical shooter developed by Crystal Dynamics in which players would command a squad of soldiers. When Invisible War didn’t exactly become a hit with audiences, publisher Eidos abandoned the idea of Clan Wars. But instead of completely pulling the plug, they retooled the project into a standalone game called Project: Snowblind. 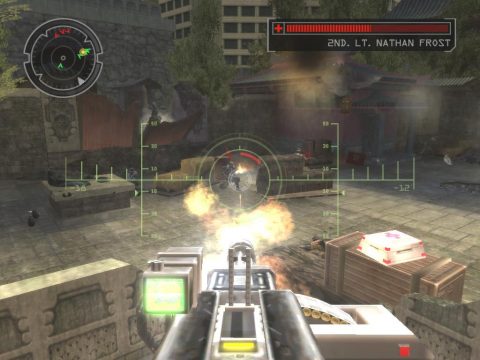 While Invisible War already removed many RPG elements, Snowblind wholeheartedly embraces the console shooter genre by getting rid of almost all of the exploration, making combat more important than stealth (although some levels can be played in a sneaky way), automatically giving the player augmentations as the story progresses, removing any sort of dialog options and factions, replacing the “save anywhere” system with save points and exchanging hub levels for more linear stages. There’s also more handholding now, as the game has a radar showing allies and enemies, as well as an option to toggle huge markers that lead towards the next goal. 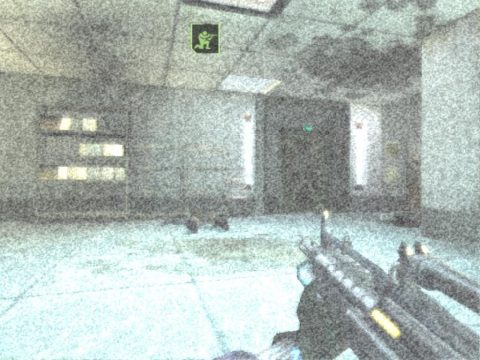 Despite how the game was advertised, there’s also nothing tactical about it: There’s no planning ahead or giving orders to the squadmates – they have their own AI – and the game has neither realistic weapons nor a realistic damage system. Project: Snowblind is, for all intents and purposes, a simple, fast-paced shooter with a lot of action and not a lot of thinking. 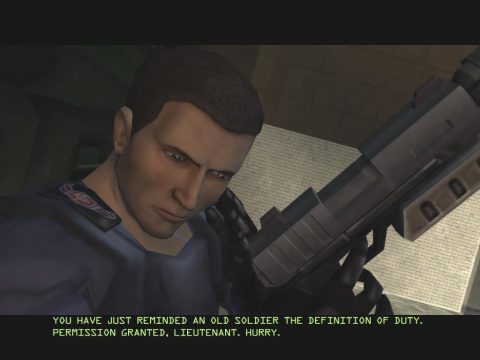 That is not to say that Project: Snowblind is a bad game. While it doesn’t have the ambition of the first Deus Ex, it is a pretty fun action game. The shooting is better than in any Deus Ex, the augmentations allow for a few different playstyles (e.g. shield and bullet time for taking enemies head-on, invisibility for stealth) and the ability to hack big robots and use them to destroy your enemies (it’s similar to the ‘bot domination’ augmentation from Invisible War, but made simpler and more fast-paced like everything in Snowblind: hacking anything requires you to simply shoot a special weapon at it) is always cool. Sure, it is pretty mindless – so it’s really for the best that Eidos dropped the idea of making it a Deus Ex title. This way, Project: Snowblind can be looked at what it really is, without comparing it with what ultimately is a completely different game. 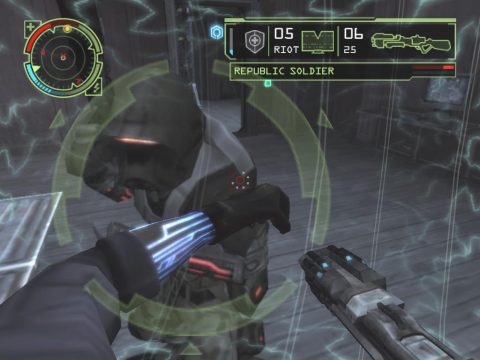 The stages in Project: Snowblind have players either fighting alongside their teammates or doing a lone mission. Squad-beased levels in Project: Snowblind are fairly small and short, although most of them are quite well designed, often giving the option to take high ground and provide suppressive fire to make the allies’ job easier. Solo stages seem fine at first, even allowing some Deus Ex-lite stealthy approaches by using ventilation shafts, but as the game nears the end they take sharp turn for the worse, forcing players to slog through corridors filled with large numbers of enemies. This is marginally more exciting than in modern shooters, as health doesn’t regenerate and there are no Gears of War-style cover mechanics, but it still gets tedious near the end.

Project: Snowblind is also a really short game. This is because it was supposed to be primarily a multiplayer title, but it never really took off and finding anyone interested in playing it now wouldn’t be an easy task. 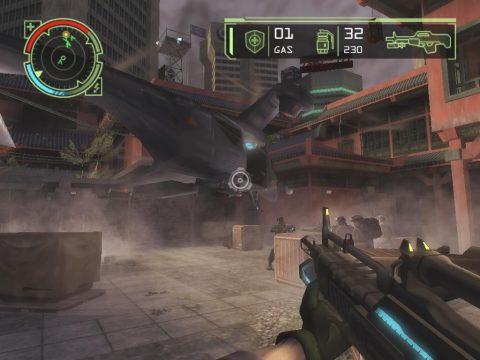 The story of Project: Snowblind has many elements that will be instantly familiar to those who’ve played Deus Ex: Liberty Coalition – an international task force fighting against terrorists (this time: an organization known simply as The Republic), someone who wants to destroy modern technology, nanotechnological augmentations replacing the mechanical ones. But just like the gameplay, the plot is much simpler. There are no great conspiracies, no moral dilemmas, not even that many literary references (aside from Stephenson’s Snow Crash – complete with a TV static effect). Deus Ex was at heart a paranoid spy story, but Snowblind is a fairly simple tale about soldiers with less complexity but more heroic last stands, doing what needs to be done and remembering the fallen (the game even gives each soldier a unique name and keeps track of who died, listing all the fallen on a memorial screen before credits). It’s rather cliche, but then again it mostly serves as a background to the action. 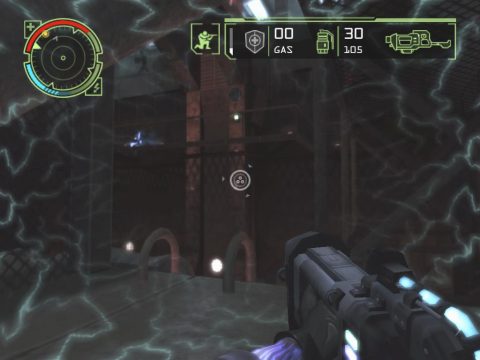 Project Snowblind tells the story of Nathan Frost, a Liberty Coalition Soldier stationed in Hong Kong. After almost getting killed by forces of The Republic, he’s given a series of augmentations, which allow him to speed up his reaction time and see through walls. Other skills (resistance to bullets, lightning-based attack) are unlocked later in the game. The setting of Snowblind is restricted entirely to Hong Kong, as opposed to all the travelling done in Deus Ex. 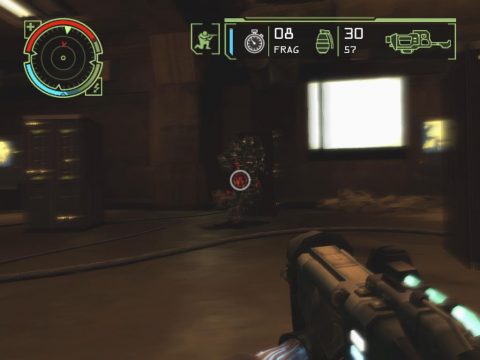 Graphically, the game might be technically better than Invisible War, but this added detail makes the characters fall straight into uncanny valley. Art direction is mostly unimpressive as well, aside from the levels which focus on Chinese architecture. Music and voice acting are also nothing to write home about, but the sound effects are fairly satisfying. 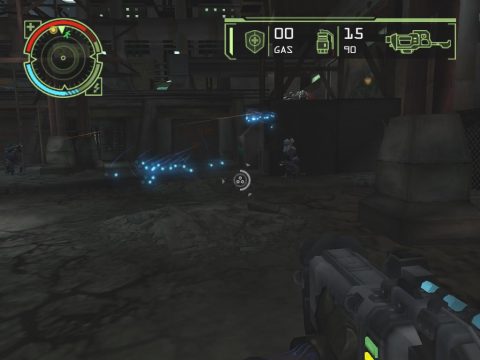 Project: Snowblind is overall an entertaining experience, but it’s nothing more than that. It’s a video game equivalent of a Hollywood blockbuster with fast-paced action, a lot of explosions and a plot that serves mostly to justify all the on-screen chaos. As a shooter, it is solid if unimpressive. It’s a good way to kill a few hours but it doesn’t do anything great or even better than average.