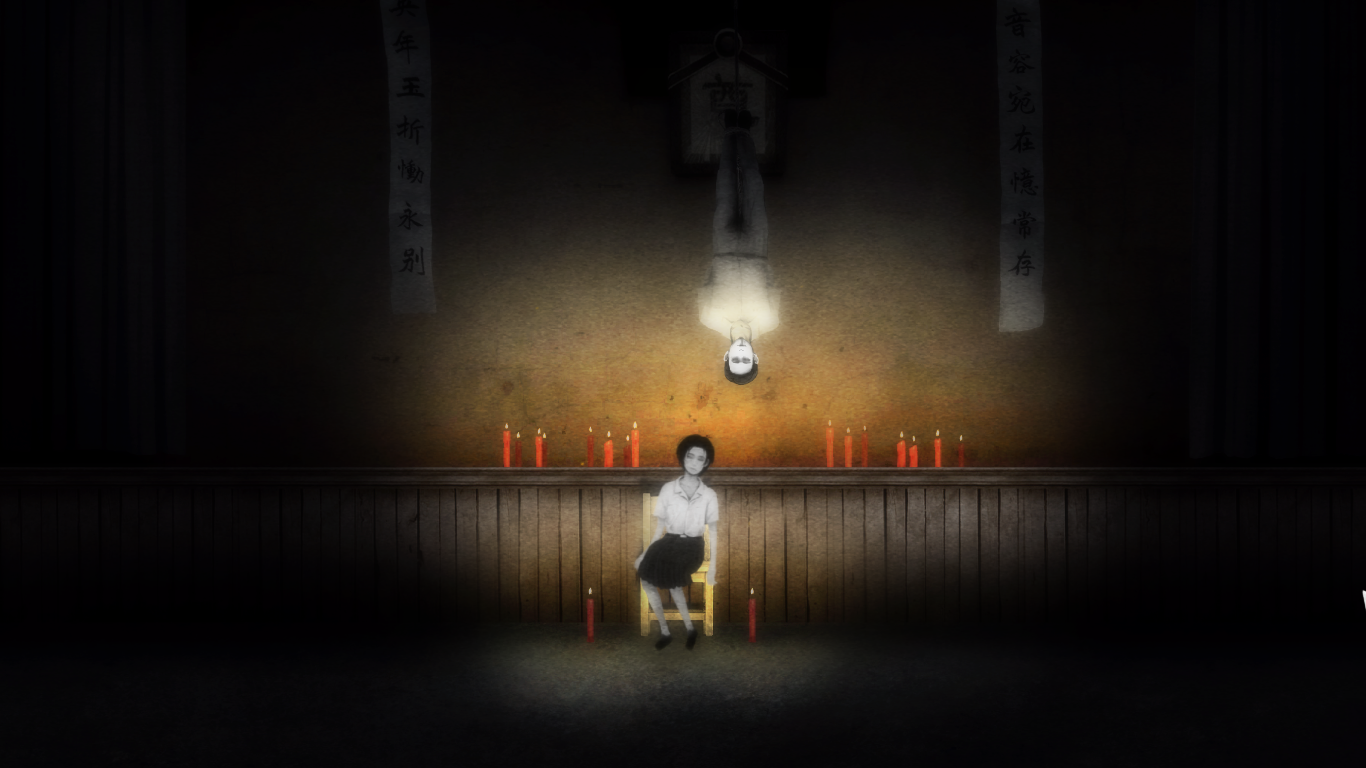 Disclaimer: A few edits have been made to this article to correct a few historical mistakes the author made previously and further detail terms for clarity.

Hey kids, who wants to read about the horrific nearly four decade long time period where the Chinese Nationalist Party ran the nation of Taiwan under martial law!? Too bad sucker, it is literally unavoidable with this game! Red Candle’s Detention is a pretty big deal, even getting a live action film distributed by Warner Bros Taiwan (which should be released by the time you read this). It’s an indie game that got a lot of eyes on it in the team’s home country. It has also turned heads in the west, and it’s not hard to see why. It’s a beautiful horror game in both style and substance, feeling like the sort of Silent Hill experience we’re definitely not getting from Konami ever again.

The game takes place in 1960s Taiwan, smack dab in the middle of the Kuomintang (a nationalist party who were heavily against foreign influence, mainly the Communist Soviet Union, who were heavily inspired by the Han Dynasty of China at the time) keeping the country under heel. You start playing as Wei Chung Ting, a teenage boy attending class as an officer stationed at the school questions his teacher for some unknown reason. He falls asleep and awakens to an empty classroom and a typhoon warning on the black board, which would explain the story weather. He ends up running into another student, a girl named Fang Ray Shin, and the two decide to leave together. Things quickly take a sinister turn, with an overflowing river turned red, and we take control of Ray for the rest of the game. Oh, and she appears to be trapped in an otherworld that mixes together the horrors of Taiwanese mythology and the reality of Taiwan’s political state, which means lots of mold, monsters with long black hair, and random body parts in unexpected places. It soon becomes apparent, though, that Ray is here for a reason, and it’s not a pleasant one. 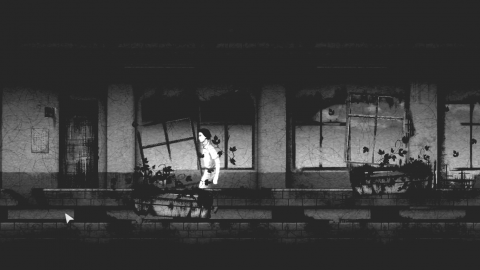 As a game, Detention is pretty simple. You move on a 2D plane and explore the school in nightmare mode, checking out stuff as you find it, solve puzzles, and hope monsters don’t kill you. Each of the spirits is different, but the main way to deal with them involves holding your breath. This is where the bits of tension in the game come in, as you can only do this for a finite amount of time, and the screen will start to blur as you get closer to the point where you need to inhale again. A lot of encounters are timed just so that you’ll start getting to the edge before it’s safe to go. It gets some scares, but the tricks start to wear out once you get an idea for how the game flows. Thankfully, the narrative has taken over your interest by that point.

Taken at face value, the game seems to be a Silent Hill style point and click story with a Taiwanese flair, and that is apart of its appeal. All the rot of familiar modern sites, peppered with strange and mystical symbols, has a similar vibe, but the Christian subtext and industrial brutalism is replaced with elements of more traditional Taiwanese and Chinese architecture. The music has a similar SH quality, though it’s more off-putting than dreamlike for most of the game. The few monsters you find are also less taken from the protagonist’s head space and more from Taiwanese myth – or so it seems at first. Where Silent Hill tried to infuse everything with psychological symbolism, Ray has a more belief based understanding of the world and adds this element to the world. That’s also where all the horrifying fascist imagery comes from. 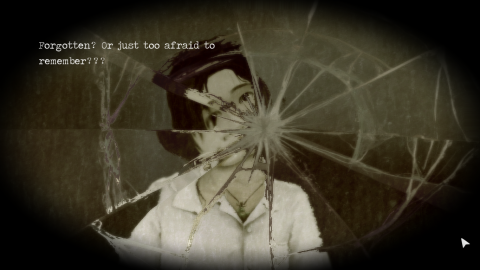 This game takes place specifically during the era of “White Terror,” where you could be dragged off by authorities for even being suspected of Communist China affiliation, a major offense to the ruling party’s isolationist stances. Just from the first scene alone gives you the idea that civil liberties aren’t a big focus of this government – other than maybe squashing them. Observations from Wei and Ray mix in their experiences living around fascist officers and being fed propaganda so constantly, and the otherworld is filled with sights clearly taken from understanding of real world atrocity committed in this time period.

Fascism is reality to these characters, so the otherworld incorporates elements of the open secret crimes done in its name. While much of the world is just the school twisted, other parts have prison cells with people in painful bondage. Dice bowls will have human teeth laid in them, as if to say you gamble with your life living under such a rule. Propaganda is thrown about at parts. Probably the most notable reoccurring element are head bags, used on prisoners to cut them off from their sight and hide the identities of the government’s victims. This background radiated fear manifests into the real, and speaking as a Latino American living in the Trump era, I’ve never seen a game quite so capture the dread of living under fascism just through visual language alone. It’s not thrown about all over the place, it’s fixed in as background noise, with moments of sharp awareness. It’s inescapable, but almost intangible at times. 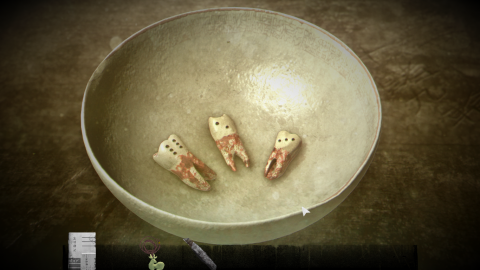 Detention resonates in way a lot of horror games don’t because its main influences aren’t horror films or other horror games (though I would be amazed if a few of the team hadn’t had played a Silent Hill game). It draws from history, and living history at that, not distant ghost stories about witches or Jack the Ripper. It has more in common with Guillermo del Toro’s Pan’s Labyrinth than Jacob’s Ladder. The story simply wouldn’t be the same without the fascism angle, and the only reason the devs don’t seem to own that part of the text publicly is because of pressure by the Chinese government.

Their second game, Devotion, hit a huge stumbling block due to a left over asset put in by a team member making fun of Chinese president Xi Jinping via a Winnie the Pooh meme. As silly as it sounds, people comparing him to the lovable yellow bear on the internet has resulted in an actual ban of the character in China altogether, and Devotion was hounded by Chinese nationalists (the modern Chinese Communist party is effectively authoritarian in the modern age and share a lot of similarities with our understanding of western nationalism) over the discovered asset. The team have tried to lay low since, and their independent business license in China has since been revoked (though the why isn’t really known). The disappearance of Devotion from PC gaming markets was due to outside pressures to self-censor, partly made possible since that game had a publisher in China (Red Candle Games is a Taiwanese company). Said publisher cut ties with the studio, as did a Taiwanese publisher they managed to get. It’s also worth noting that China has become far more strict about how games can release in the country, taking a more hands on approach on what audiences can and can’t experience. 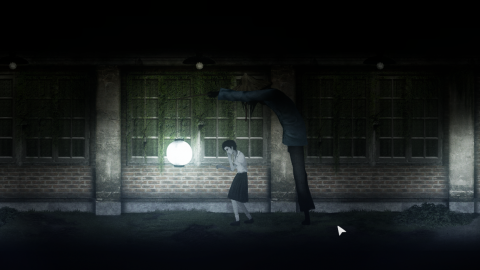 Detention is an incredible game in many respects, even if it’s not going to make you jump too much once you figure out its structure, but what makes it so relevant and stand out for so many is that the themes it touches upon are only becoming more relevant yet again. Fascism is making strides all over the world once more, and the era of the White Terror may be returning in some places in different yet familiar forms. It’s a sobering, unnerving experience that picks on horrific ideas that are horrific specifically because of how feasible they all are.

All that said, Detention‘s story does have one very questionable decision. The story is told very well, and what Ray actually did to end up in this personal call-out post from hell fits the themes, but there’s an inappropriate relationship between two characters that never gets addressed. It’s weird, because it’s a central part of the plot, but the vile implications never get explored, unlike everything else that happens in the game. That’s the game’s only major fault, but it will be a big one for some, and take others out of the experience through head-scratching confusion by the end since it muddies up the read of the game. Despite that, Detention is a fantastic work that deserves your attention, and with the way things are going, it may end up becoming very important to the history of gaming – and possibly a footnote on the tensions between a growing fascist style China and Taiwan.