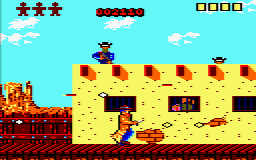 This entry is part 3 of 3 in the series Gun.Smoke
Gun.Smoke

In 1991 Topo Soft granted its Gun.Smoke clone something the original never got: A numbered sequel. After the surprisingly decent rip-off/ports follows a surprisingly abysmal sequel. Gameplay-wise, Desperado 2 has nothing to do anymore with Capcom’s arcade game. The game is instead divided into two parts: A sidescrolling shooting stage and a crosshair shooting stage. That’s right, two stages is all there is in this piece of junk.

In the sidescroller you run from left to right while shooting everyone that passes your way. While most run ‘n guns could pejoratively be described this way, here this is literally all you do. There’s not even a jump button. The lone hero can shoot at an angle to hit enemies that ambush him from upper story windows and duck, which is useless. There’s a health bar, but while enemy shots only draw one box per hit, touching people is far more dangerous. It kills instantly. Shot enemies drop the odd healing item and other meaningless boni, and after no more than five minutes it’s already over. 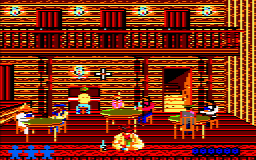 Beating that stage gives you a password to unlock the second part, they’re not even linked together so one has to restart the computer to switch to the crosshair shooter. It’s a shooting gallery as simple as can be, only that the playfield is much wider than the screen. This means it scrolls horizontally after the crosshair movements, with only about half of the saloon the game takes place in in view at any given time. The problem is, you can easily be killed by enemies outside of that area. In fact this is very likely, as there usually isn’t enough time to get to enemies when not seeing them after they spawned even for a second. Unusually this part of the game can play sound effects and music. The latter consists of remixes from famous western movies like The Good, the Bad and the Ugly, and is the only positive thing that can be said about the game. (Well, to be fair, some of the graphics look nice, too.)

To finally cut to the chase: Desperado 2 is a terrible, terrible game and hardly even worth the time you just now wasted reading about it. (Sorry!) After all the solid stuff Topo Soft made for 8-bit computers, one could only guess (and hope) that this was programmed by an intern with QA by the cleaning lady. 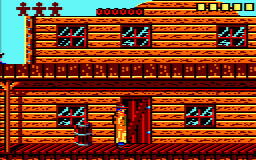 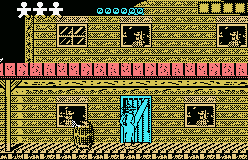 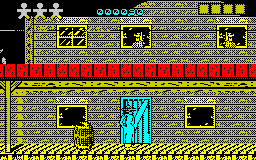 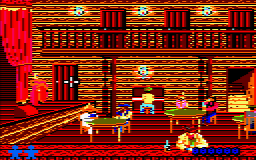 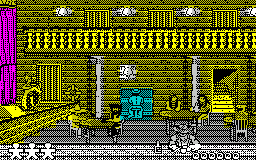 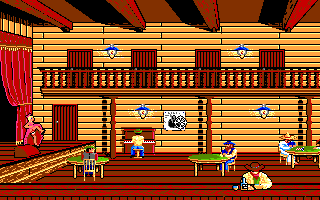