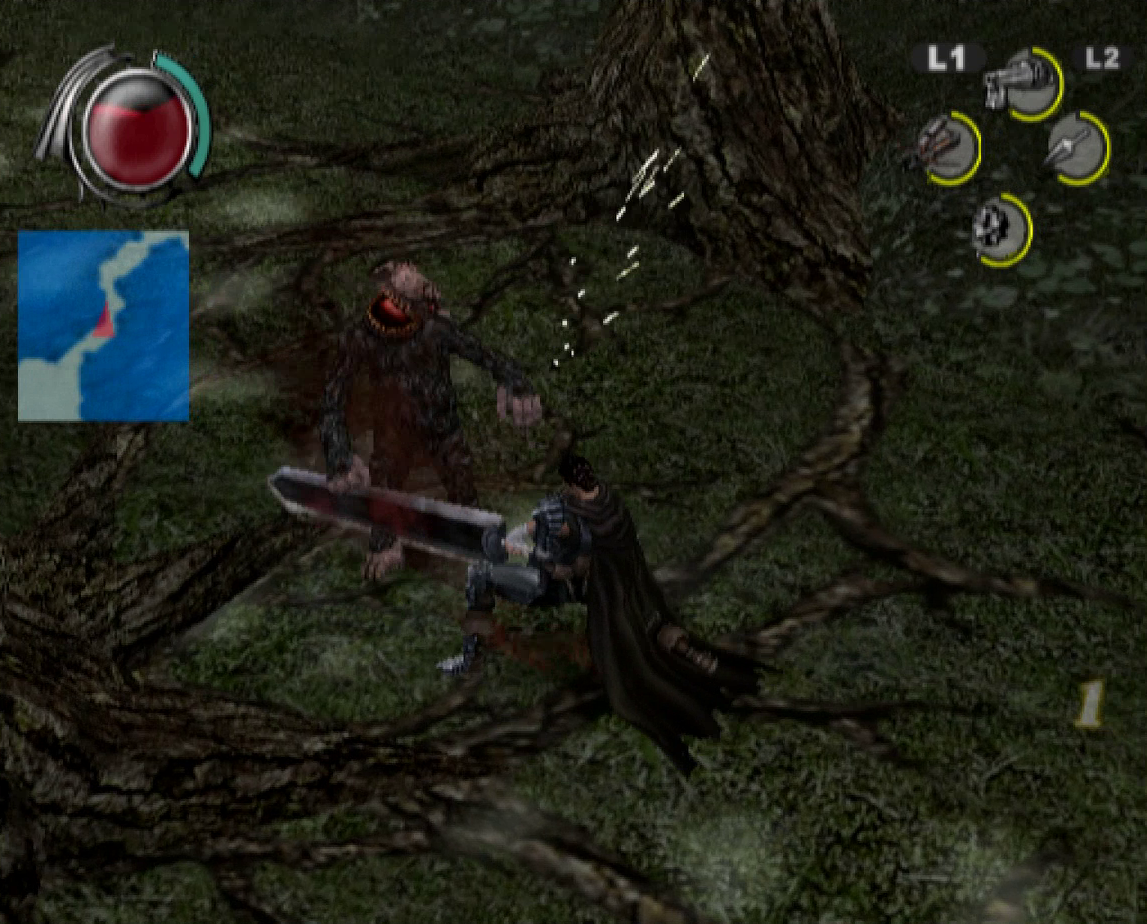 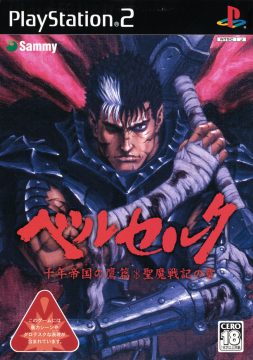 In 2004, Yuke’s would finally get another shot at the Berserk license. Berserk Millennium Falcon Hen Seima Senki no Shou (or Berserk Millennium Empire Arc: Chapter of the Holy Demon War) landed on the Playstation 2 and was only released in Japan and Korea. While it’s far from being a great action game, it’s still a notable improvement over the previous game, so it’s a shame that it never made it overseas. This isn’t too surprising though, as the English publication of the manga still hadn’t caught up to the volumes that this game covers and wouldn’t do so until 2008, two years after the Playstation 3’s launch and long after the anime boom of the late 90s-early 2000s was over in North America. Luckily, a functional English fan translation is available for those who wish to try it out.

Taking place across volume 22 through volume 27 of the manga, the story covers the beginning of the Falcon of the Millennium Empire arc up to the point where Guts dons the Berserker Armor and fights Grunbeld. The story is faithful to the source material overall, with many lines and shots taken straight from the manga, though some cuts were made – any instances of sexual violence were removed (likely to avoid anything worse than its CERO-18 rating), anything relating to Griffith’s fight against the Kushan empire was removed, and Rickert and Erica are mysteriously absent from the battle at the Hill of Swords. 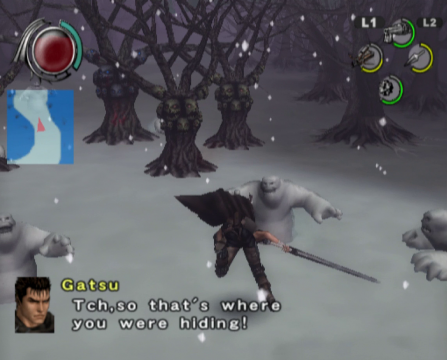 The game also features an entirely new character called Charles, an Apostle (a human who makes a sacrifice in order to become a demon) who seeks revenge against Guts for disturbing his peace and uses illusions of the Band of the Hawk’s members to toy with Guts. Charles and his tragic backstory fit the world and tone of Berserk perfectly, but the story itself feels like a pointless addition; it starts with Guts arbitrarily stumbling upon a mansion in the middle of a snowfield and doesn’t get brought up again until the journey into the Qliphoth, where it’s treated as more of an interruption than as something with equal importance to the main objective. 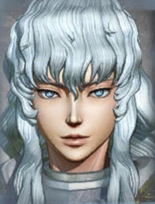 Once the leader of the Band of the Hawk and Guts’ trusted comrade, Griffith sacrificed everyone he cared for in order to further his dream of ruling a kingdom, becoming the fifth member of the God Hand in the process. After the Conviction arc, he returns to the physical world with the goal of reforming the Band of the Hawk to help create his ideal utopia. His swordsmanship and charisma are unparalleled, making him appear messianic to most people. 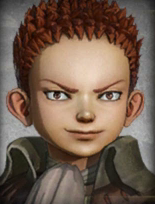 A runaway thief who joins Guts in hopes of learning swordsmanship from him, Isidro mostly serves as comic relief alongside Puck. Despite his desire to wield the blade, his natural talent lies with his ability to throw rocks with uncanny accuracy. After the group meets Flora the witch, he’s gifted the Salamander Dagger, which helps him improve his skills in close quarters. 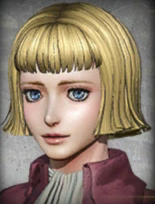 Formerly the leader of the Holy Iron Chain Knights, Farnese joins Guts in his quest after her faith in her religion is shaken during the events of the Conviction arc. Initially a sadist who took pleasure in the burning of “heretics” at the stake, she becomes a far more empathetic person after joining Guts, wishing to become stronger while also caring for Casca. 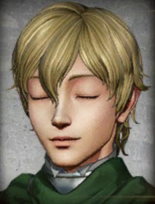 Serpico is Farnese’s right-hand man (and her half-brother, unbeknownst to her), defending her with his impressive fencing skills. He’s almost always stoic and tends to hide his emotions from friend and foe alike due to his thoroughly troubled upbringing. Using the Sylph Sword and Sylph Cloak, he can move nimbly while cutting foes from afar. 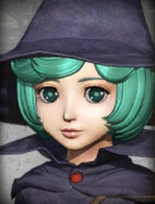 Despite being a witch in training, Schierke’s magic is immensely powerful and helpful to the team, allowing her to do things like talk to the group telepathically, summon destructive elemental forces, and keep Guts’ rage under control when he uses the Berserker Armor. She’s also accompanied by Ivalera, an elf similar to Puck in appearance but with a vastly different personality. 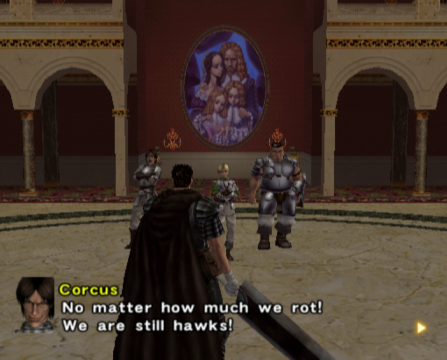 First things first – Guts’ sword no longer hits walls, making for a significantly more playable game! Guts feels slower than he did in Sword of the Berserk, but the game is intelligently balanced to compensate for this. Guts can take far more damage by default than he was able to previously, and enemies are significantly weaker but come in literally endless numbers. This allows the player to experience what feels like a more accurate take on Guts’ fighting style, cutting through hordes of foes effortlessly while pushing well beyond human limits. There are also some very light RPG elements now, in that you earn experience for slaying demons that can be used to upgrade Guts’ capabilities. Upgrades are noticeable and sometimes even have visual effects – upgrading Guts’ sword mastery gives him new idle and running animations, and upgrading your partners’ attacks gives them new animations as well.

One of the most important changes is the way tools work; instead of relying on a limited supply of ammo, every tool now has a cooldown timer based on its strength, so you can use them more frequently without having to ration. The crossbow attachment is now considered a tool (unarmed combat has been removed entirely) and fairy dust has been moved over to a new system that complements the tools – helper characters. Once Guts recruits new members to the team, he can summon them into battle for powerful effects that recharge via a cooldown timer. Puck can be summoned to heal Guts, Isidro’s Salamander Dagger unleashes a powerful area of effect attack, Serpico’s Sylph Sword stops enemies in their tracks, and Schierke provides a temporary defense boost.

Another significant change to the mechanics is the inclusion of finishing moves, which are available for use once Guts has landed enough hits. By pressing triangle once the image of Guts’ brand shows up on your health gauge, Guts will perform a brutal attack that’ll instantly kill most enemies or heavily damage bosses. Finishing moves have different animations depending on the enemy you target, making for some great visual excess, and they’re useful for eliminating dangerous foes quickly and filling up your Berserk gauge. 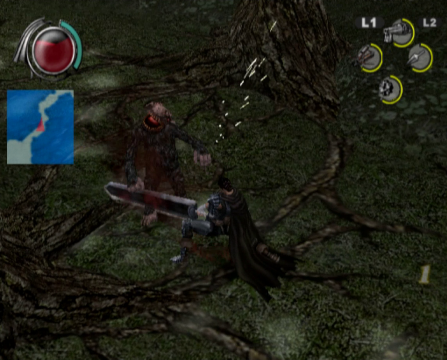 In terms of defensive maneuvers, sliding and jumping have been removed and the block has been massively upgraded as a result. Guts is now able to counter enemies by blocking right as they’re about to land an attack, resulting in an extremely powerful countermeasure based on the opponent you’re facing. This makes boss fights vastly more enjoyable and stylish, as they become less about hacking away and more about analyzing the timing of your foe’s moves, serving as a welcome contrast to the mindless levels. Countering bosses not only rewards the player mechanically, but also rewards them with a bit of extra fanservice – for example, when fighting the Kelpie, countering its tongue attack allows you to chop it off, recreating a moment from the manga while also giving the player a huge advantage. Bosses can counter Guts as well, further encouraging careful play.

Despite the improvements in the core gameplay, the level design has somehow regressed from the previous game and can make things feel tiresome. Levels are massive compared to Sword of the Berserk and have nothing to offer in terms of mechanical or visual variety. You’re harassed by enemies endlessly, so you’re forced to either run past them all or slowly work your way through by killing as you go. Enemy variety per stage is very poor as well, so you’ll have seen everything a given level has to offer within the first minute. Thankfully, it’s now possible to save during a stage at certain points. Replaying levels gives you the ability to clear out the demon hordes for good, but doing so takes a long time and isn’t worth the effort. Skins to change the appearance of Guts’ Dragonslayer can be unlocked via the “100 Animal Murder” mode, including references to past Berserk moments or silly things like an electric guitar.

The graphics benefit from the power of the PlayStation 2, offering significantly smoother animations and more detailed character models than the previous game, though the bland color palette and the lack of image sharpness do detract from the presentation. Every line of dialogue is fully voiced, which isn’t entirely for the best, since characters have a bad habit of chiming in with the same few compliments every time Guts lands a finishing move. Susumu Hirusawa returns once again to compose the opening and ending themes of the game, making for two rousing, exceptional songs in an otherwise unremarkable soundtrack.

From here, fans would have to wait a whopping 12 years before the next Berserk game would arrive on consoles. Was it worth the wait? Well, that depends on how much you like Musou games…