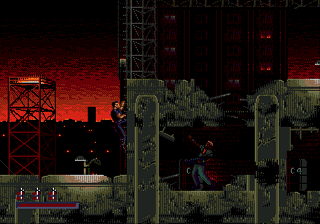 Fortunately, the version of Demolition Man that appeared on the more mainstream consoles wasn’t a port in any way of the 3DO version. Instead, this version was developed by a small house within Acclaim and takes a much more traditional approach by making the game a straightforward yet intense run ‘n gun shooter with the occasional overhead romp a la Contra III. You’ll run across the stages, shooting thugs and navigating the harsh terrain. The stages are really big and dynamic and have lots of nooks and crannies to explore. One particularly cool thing about the sidescrolling stages is how vertical they tend to be, with lots of climbing and ledge hopping to get to higher levels.

The stages are in Demolition Man are extremely dynamic. You’ll barely take more than a few steps on flat ground. There’s always obstacles and terrain of varying height jutting up in front of you, from electrical towers connected by ziplines to bungie-jumps off collapsing buildings. In one stage, you’ll track Phoenix through a complex network of pipes, and you’ll only be able to see yourself or Phoenix through small holes. In another stage, you’ll spend almost the entire time jumping from zipline to zipline through a huge cavern. The graphics during these sidescrolling segments are fairly pleasant. The mediocre spritework is made up for by some really incredible detail and expert use of shading and color. The music, while nothing to write home about, is catchy and keeps with the pace of the action. The Sega CD version actually has some really nice, ambient pieces (particularly Phoenix’s boss theme) that use voice samples from the movie. 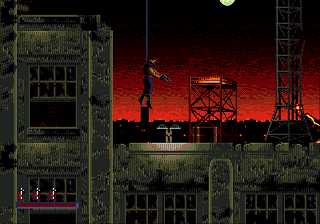 Unfortunately, not all is well with this version. Foremost, the controls are a bit rough. Spartan has a pretty sad little jump straight up that really isn’t good for anything aside from reaching a ledge just overhead. Pressing forward and jump makes Spartan do an elongated Prince of Persia-style jump that has a fixed length and attempting to do anything with it once your feet leave the ground tends to lead to Spartan having a mid-air seizure before falling to his death (you die if you fall about a screen’s length, FYI). Also, once Spartan gets going, he goes way too fast and stopping before encountering pitfalls and other environmental hazards can be difficult. Another problem is the gunning. You can’t see your bullets, and since the sprites are fairly small and your enemies typically far away, getting the trajectory right can be a little frustrating.

And then there’s the overhead stages, which are just awful. Your objective is to rescue civilians, but these sequences are more like an old game of Gauntlet than anything else, with a constant stream of samey bad guys coming toward you. Also, there tend to be bombs all over the place that are barely visible amidst the backgrounds, and if you get to close too them you lose a massive amount of health. On top of that, they look really bland compared to the rest of the game. Fortunately, these stages tend to be very brief and the civilians are usually easy to find.

Ultimately, what hurts Demolition Man the most is its unreasonable difficulty. You lose health just for touching badguys, and your health is fairly limited. You can buffer your health meter by picking up kevlar vests, but these are pretty rare. Falling even a little is harmful or fatal depending on the height. The boss fights with Phoenix can be a little ridiculous (it took me about 20 minutes to figure out how to beat the second boss fight on the easiest difficulty setting thanks to there being a lack of any FAQs for the game). And most annoying of all, the enemies respawn CONSTANTLY. They never give you a moment of peace to navigate a complex platforming segment. This is extremely frustrating because trying to shoot while platforming tends to get you killed more often than not, so you’ll pretty much have to ignore the badguys while negotiating precarious terrain and take a few bullets in the process.

In spite of all of this, however, Demolition Man is still a really solid game. It certainly isn’t taking home any awards, but when stacked up against most movie tie-ins, the game is well above average. More importantly, its eclectic structure keeps the game from getting stale or repetitive, constantly throwing some really cool and fun set pieces at you. 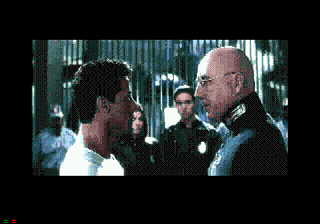 The first version of Acclaim’s Demolition Man was released on the Sega CD in October of 1995. It boasts highly compressed clips from the movie, crisp voice samples and redbook audio music. The Genesis version is basically identical, but with chip-produced music and no movie clips. Much like Cliffhanger, the SNES version seems to be a port of the Genesis version, as the graphics and music are only a very slight improvement and don’t at all take advantage of the SNES’s superior sound and graphics capabilities. The best version all around is the Sega CD version. The loading is pretty fast and the redbook music makes a bit of a difference. Plus, the movie clips are pretty cool in spite of being really grainy. Other than that, stick with the Genesis version and avoid the SNES version completely.

One thing worth noting about Acclaim’s Demolition Man is that it was one of the first action games that Paul O’Conner worked on as a lead designer. For those of you who don’t know, Paul O’Conner is the creator of the much loved Oddworld series, which he would go on to produce just a few years after his work in Demolition Man. 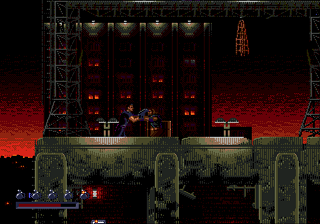 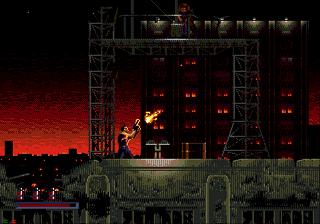 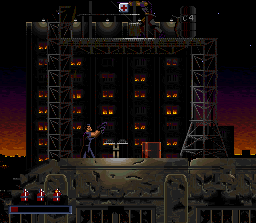 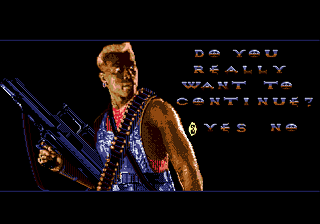 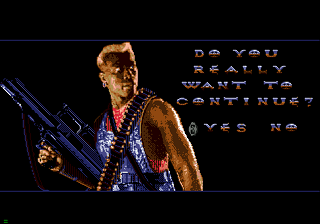 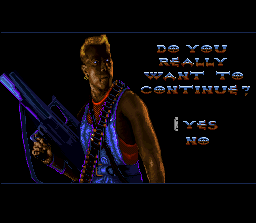 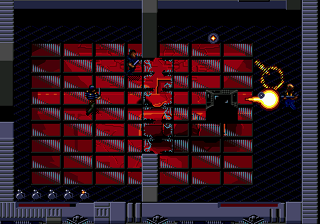 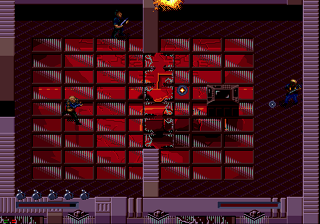 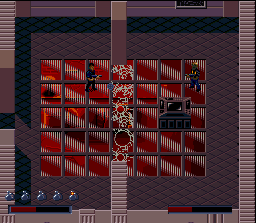