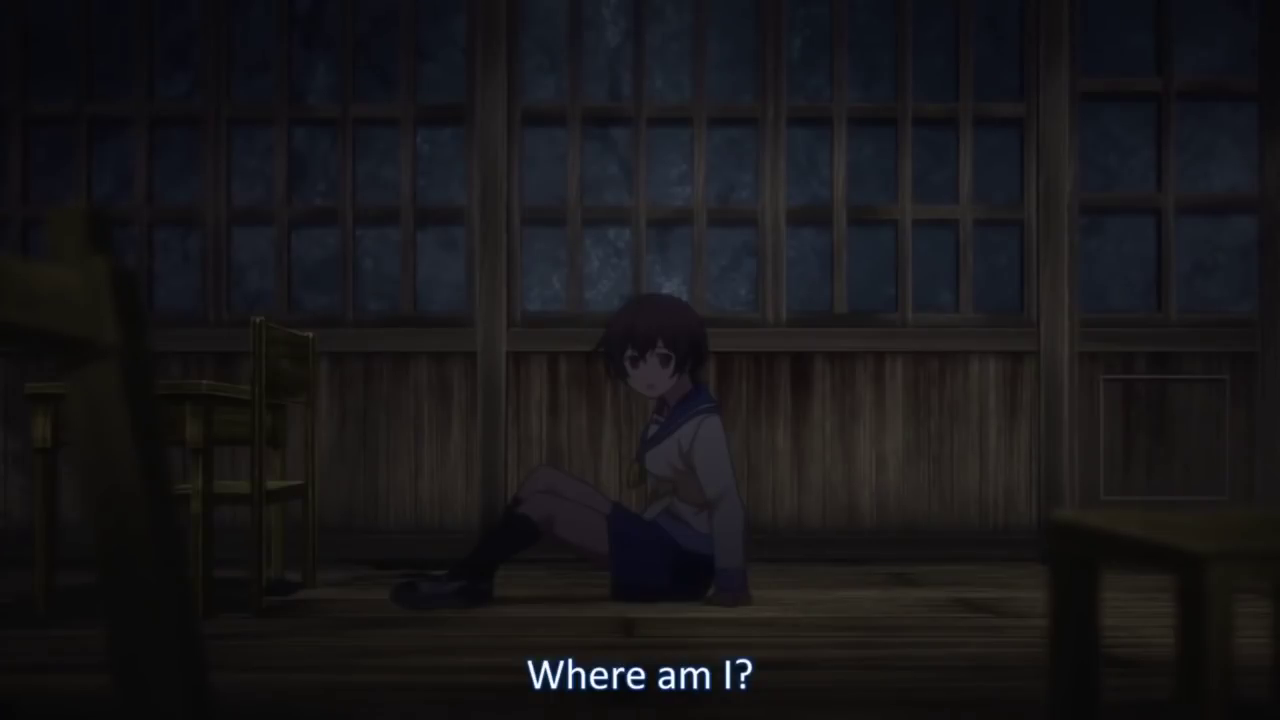 Corpse Party has seen a number of adaptations, including multiple manga and light novel adaptations, audio CDs, OVAs, and even live action adaptations. Sadly, few of them have been translated into English. 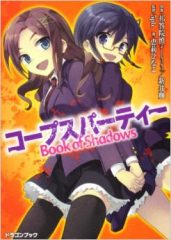 Starting with novelizations, two separate light novel series were released to adapt Blood Covered, the first of which appears to have been cancelled to make room for the second, for reasons unknown.  There is also a Book of Shadows light novel, but the adaptation is in name only, and it instead features a new story starring Naho and Sayaka.  The most recent light novel series, Cemetary0, was written by series creator Makoto Kedōin, and tells another new story about Naho and Sayaka.

Four of the games have been adapted into manga, and all of them are written by Kedōin. The adaptations are adept at rolling Wrong Ends into the main plot without killing anyone, and often feature a number of additional improvements that make them worth a read even for an established fan.  The Blood Covered manga is a solid retelling of the original, making key changes to help the reader understand important details, or to improve character arcs.  The Book of Shadows manga is only par for the game when it comes to moment-to-moment details, but it turns the game’s final chapter into a loose frame story, which goes miles towards correcting the game’s structural issues.  The Hysteric Birthday manga is not a universal improvement, but it is an interesting read: it slashes and compresses much of the midgame into a chaotic quiz show scenario, and replaces the original climax with a multi-chapter story unique to the manga itself. The adaptations of Blood Covered and Book of Shadows have been released in English by Yen Press, the former in five volumes and the latter in one.

Unfortunately, there is an adaptation of the PC-98 game, released in 2010 and known as Corpse Party: Musume.  Musume is a complete wreck, and fans tend to tuck under the rug in hopes that one day it will stay there, forgotten. And yes, it too was written by Kedōin. The problems start when you realize that all the PC-98 game has to distinguish its story from the remake ideas that Blood Covered already put in the trash. Musume tries to salvage by mixing in elements from Blood Covered and by creating some new and hybrid characters to differentiate the cast, but it’s not enough to stand up to its next decision: to go whole-hog on ecchi and become a borderline porn manga.. While the series has always had its share of ecchi jokes for better or for worse (especially Hysteric Birthday), and many of the manga adaptations are worse, they at least kept the ecchi in the comedy side of things. Musume tries to mix ecchi with murders, and in a way that isn’t just uncomfortable but weirdly senseless… and judging by fan reaction, misdirected.

While there is currently no manga adaptation for Blood Drive or the incomplete Dead Patient, but additional manga releases include an adaptation of the Corpse Party film (below), a manga adaptation of the Cemetery0 light novel, and two short-form comedy anthologies. There is also a unique story entitled Corpse Party: Another Child, once again written by Kedouin, which stars a brand new cast. The story is good, but feels forced into the Heavenly Host universe. None of these spinoffs have seen English release.

Tortured Souls starts as an adaptation of Blood Covered (plus a few winks to Book of Shadows), but gradually starts to branch off and eventually reaches a unique conclusion.  Like Missing Footage, Tortured Souls features the 5pb. voice cast and borrows music from the games. This adds to the authenticity in a way other adaptations simply lack.  The OVA even accounts for the absence of certain puzzles, all for the sake of established fans. Unfortunately, it isn’t so polite to newcomers, losing more and more important details as the episodes goes on, and its unique ending is generally considered confusing, even among fans of the games.  The OVA also makes some bizarre cinematic choices, like rotating the view in front of the viewer’s eyes, often with a sound effect to mark the rotation!  Worse still, the OVA also likes to give you panty shots when characters are being tortured or killed, which just adds to the ugly pile started by Musume.

Corpse Party‘s most prominent adaptations would be its two live-actions films, which were released in 2015 and 2016. The first film takes most of its cues from Tortured Souls, including the infamous ending. It even features one of Tortured Soul’s audible rotations to a skewed angle! Unfortunately, the film has to cram its content into an hour and a half, while Tortured Souls had two.  This leaves it in a rush: important character traits are introduced seconds before they pay off, some pieces of information come from nowhere at all, and deaths are quick and abrupt. Thankfully, they also threw out the panty shots. Naho, Yuuya, and most of their plots are cut entirely, although Naho’s mentor makes an appearance.

One year after its original release, Corpse Party was given an uncensored release entitled Corpse Party Unlimited. The film was later given an official, subtitled English release on BluRay by Switchblade Pictures in 2016.

Book of Shadows starts off as an adaptation of Book of Shadows’ final chapter (it was lucky the cast of that chapter survived the original film!), but after it invokes the time loop from the game, it’s basically a new story. This new story is a mix of Book of Shadows, Blood Drive, and even brings back Yuuya’s plot from Blood Covered. While many of the problems with the original film are still there, Yuuya’s actor (Tsunenori Aoki, Kamen Rider Gaim) is having so much fun that he makes up for a lot of the flaws, and the film even gave a role to Ayumi’s deus ex machina sister, which is more than the games can say.  Unfortunately, this sequel will be impenetrable to anyone who hasn’t seen the original film, and still isn’t all that great. The sequel has yet to be officially released in English, but fan-subtitles exist.

Corpse Party also has a number of drama CDs, although information about these is sparse to none on the English web. Arguably the most notable thing about them is that Dead Patient has a few, which is the closest thing Dead Patient has had to a continuation in five years and counting. Dead Patient’s CDs even feature characters that have not yet appeared in the game.

One final tie-in relates to SMILE Game Builder on Steam, which features officially licensed DLC containing assets from Blood Drive.  The DLC pack is fairly pricey – comparable to a digital copy of Blood Drive itself! – and isn’t for commercial use. Once you factor in the price for SMILE Game Builder, that’s a lot of money to pay just to make a Corpse Party fangame!