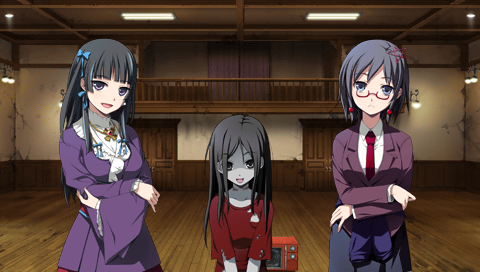 Here’s a baffler, and a mouthful: Corpse Party: Sweet Sachiko’s Hysteric Birthday Bash. Yes, that is a heart emoticon in the Japanese title. Thanks to the time loop, it’s apparently Sachiko’s birthday, and she is just thrilled.  In celebration, she decides to gather up the cast of the past few games to play party games and even participate in genre parodies for her amusement, all on pain of death.  Yes, that is the premise. It took seven years to translate this into English (the last entry in the subseries to make its way to the west), and it’s not even surprising.

Sachiko has invited nearly everyone in the series to her party, including several cameos from spinoff products that rightly shouldn’t be there. These are (usually) identified as Sachiko’s “special guests” to let you know that they’re supposed to be weird. In addition, two of these newcomers are genuinely new, and are only contextualized in the game’s secret, serious Extra Chapter. Their role in the game is something of a running mystery, although they have little impact on the sequel.

Out of the mass of victims, mysteries and cameos, three “guests” stand out for fair-sized roles in both this game and the sequel. 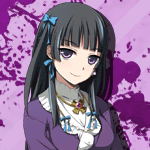 A paranormal-information broker, and yet another in the long line of unreasonably talented students from Naho’s high school. Debuted in the light novel, Cemetary0, and considers Naho and Sayaka to be friends and rivals. Aiko spends Hysteric Birthday as Sachiko’s flunky, but is a full-time protagonist in Blood Drive.

Another of Naho’s classmates, and such a buffoon that it’s surprising he wasn’t created for this comedy game (he debuted in the Book of Shadows light novel). Has a crush on Sayaka, but she has rejected him so frequently and soundly that it’s hard to believe he still has any teeth. Behaves a lot less like a living cartoon character in the main story of Blood Drive. 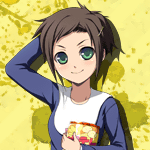 Yuka’s friend from school, Satsuki is a modern interpretation of the would-have-been protagonist of the cancelled CORPSE-PARTY 2: Satsuki’s Heart.  Aggressive and confident, and never seen without a bag of bizarre-flavoured chips that she produces from literally nowhere. The character is voiced by singer Yumi Hara, who joins the shortlist of actors also hired to produce songs for the series’ intros and outros.

In terms of gameplay, Hysteric Birthday (sometimes abbreviated to Corpse Party 2U) is a traditional visual novel, with only a few branching paths and no map or investigation sequences. The only change over the VN sequences from Book of Shadows is that the game will highlight decision paths you’ve already seen in blue, which isn’t universally helpful in finding Wrong Ends for various reasons, but is better than nothing. Being a VN didn’t help the game’s localization chances, as the rest of the world has never been quite as fond of visual novels as Japan, and the less interactivity they have, the less the Western markets seems to care.

As you can probably guess from the title, the game is particularly invested in the character’s love lives.  Indeed, one of the words in the Japanese title, “ren’ai” (恋愛) is often used to mean “dating sim”. Yes, this game could have been translated as “Sachiko’s Dating Sim”! The XSEED localization decided to ditch that part of the title when they brought the game over to the West, which is probably for the best, because trying to advance the characters’ relationships in thisgame will probably get them possessed, turned inside-out, or otherwise Wrong EndedThis character focus will be more appealing to established fans than to newcomers, which is a second strike against its sales potential.  The story also loves to run the characters through genre parodies at Sachiko’s childish behest. Unfortunately, this means that anyone not familiar with… say… anime romcoms circa 2012, might be at something of a disadvantage, making the game even harder to sell outside of its home country. And all this is setting aside the game’s low-bar sex jokes and ecchi parodies. In short, a Western market marketing deadweight.  It’s remarkable that XSEED finally decided to localize the game at all!

For those who can get into it, Hysteric Birthday is a trip, full of bizarre jokes and scenarios completely out-of-line with the series’ norms, along with some of the most deliberately ridiculous deaths in the franchise.  Sachiko has promised to revive anyone killed during her party, so the distinction between a “canon death followed by resurrection” and a “non-canon death followed by Wrong End” seems to be measured in how embarrassing it is for everyone involved.  Most of the humor is juvenile and cartoonish, with a lot of innuendo – including a swimsuit episode parody – but there are also quite a few character jokes, some of them incredibly obscure.  A few minor characters are even here in their final appearances, being absent from Blood Drive.

Because Heavenly Host is a corpse-infested ruin, Sachiko has retconned an intact school gym into existence. Unfortunately, the gym sets are very nearly the only new background assets in the entire game, prior to the final chapters.  Since it would be boring to look at the gym walls for nearly the entire length of the game, the game uses any excuse to chase characters into the hallways, where it can use and modify assets from Book of Shadows with impunity.  The game is especially fond of using these haunted house backgrounds if it can make a joke out of it. For example: the aforementioned “swimsuit episode” sequence starts off in a freezing, rainy ghost forest.  Returning character graphics are also mostly from Book of Shadows, but they fared quite a bit better.  Nearly everyone has a few new poses that would be reused in Blood Drive, not to forget some ridiculous new costumes.

Meanwhile, the soundtrack is mostly new, and features a lot of happy, bouncy tunes totally in contrast with the series’ usual norms.  And don’t forget the porn-inspired saxophone track!  If anything, the biggest downside with the soundtrack is that there are so few tracks for when things really do get grim (and some of the tracks that do are from previous games), but it’s always worth a laugh when the game turns away from a fresh corpse and starts playing happy music even before the cast recovers from shock, as Sachiko’s party continues whether any of the guests want it to or not.

In addition to all the bonus features from other games, Hysteric Birthday contains profiles for every character in the series, summaries of every chapter of the past few games, and even character relationship diagrams. These bonus features would have been better placed in the plot-heavy Blood Drive than the superfluous Hysteric Birthday, so it’s discouraging that they weren’t carried over to the sequel.

Assuming you can get into the humor and don’t mind or even appreciate the sudden lurches to horror-punchlines, Hysteric Birthday is worth a play, but that can be a big step.  One of the game’s biggest downsides is that its sequences go on for sooooooo looooooong, especially some of the Wrong Ends. If you don’t get a laugh out of the current joke, you’re probably not going to get much out of the next fifteen or more minutes.  And god forbid you don’t appreciate the game’s centerpiece gag – Sachiko forcing half the cast to act in a harem romcom – because it flits on and off screen for half the game before finally paying off.  The game also goes overboard with a lot of its sex jokes. Several of the characters are caricatured into outright sexual assault, and no less than two tentacle rape monsters attack the underaged cast during Wrong Ends. Lastly, the game hasn’t done away with all the structural problems of Book of Shadows.  While the birthday party gives the narrative a central thread, the writers rarely bother to connect the events of one chapter directly to the next, and there are several continuity mistakes in the process.  Then again, perhaps poor continuity isn’t so damning in such a silly product.

As previously mentioned, the game also has two mysterious characters – Asuza and Ran – who are only explained in a secret, serious Extra Chapter. This Extra Chapter is an interesting experiment in contrast, but its long-term impact is small, with Asuza only making a brief, completely unexplained cameo in Blood Drive. Their story might have been a better fit in Book of Shadows (or as a standalone spinoff, like manga spinoff Corpse Party: Another Child), which also would have spared Hysteric Birthday the black mark of starting a mystery and then shoving its resolution into a locked, secret side-story.

Hysteric Birthday was released in Japan in 2012, and only on PSP.  The game came both in a standard edition and in a limited edition, the latter of which included a copy of a twelve-minute OVA on DVD. This OVA, called Corpse Party: Missing Footage, serves as a rough prologue to Blood Covered. This OVA makes for a curious footnote, as it’s the tonal opposite of the goofy game it was bundled with. It’s so serious, in fact (and contains partial nudity to boot), that it ended up bumping Hysteric Birthday’s limited edition’s CERO rating up from the CERO D given to the standard edition to a CERO Z, the board’s highest possible rating. This makes Hysteric Birthday – silly, silly, Hysteric Birthday – the only Corpse Party game to hold such an extreme rating, albeit only for this edition.

Hysteric Birthday was finally brought to English-speaking markets in April 2019, exclusively to PC, nearly five whole years after the previous (and chronologically final) game in the series, Blood Drive. Prior to release, fans had to rely on fan-subtitled longplays to fill in the series’ gaps, which covered most but not all of the game’s content. Luckily, the game wasn’t that important to the overall narrative, and still isn’t. Only two elements from this silly romp carry over to Blood Drive (Asuza and a special prop), but both are just as quickly ushered back out. At least now, fans have the opportunity to play or skip the game at their leisure, and those that bother will hopefully find the game worth their time.