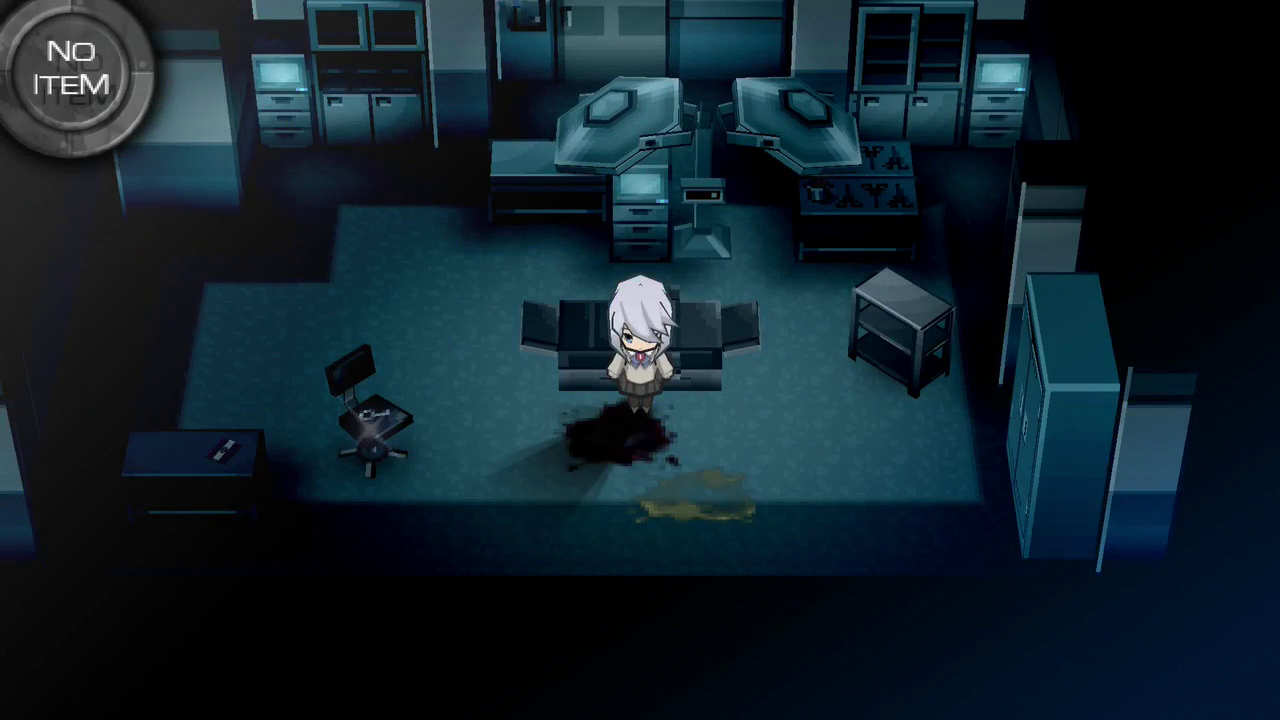 Like Blood Covered before it, Dead Patient is an episodic game, but the project has seen serious delays. No doubt some of these delays came from the ongoing development of Blood Drive, but it’s impossible to overlook that the original release of Dead Patient in 2013 was kind of… junk. Team Grindhouse had created a proprietary engine called the Kenix Engine, and as any developer knows, that is both a gamble and a time-sink. Even setting aside the story and gameplay, the game shipped with atrocious, tile-based lighting, and numerous minor problems.  Grindhouse eventually had to redesign the engine as “Kenix Engine NEUES”, followed by a patch that re-dubbed Dead Patient Episode 1 as “Dead Patient NEUES” in 2017. While the original release saw physical distribution in 2013, NEUES is only available digitally and as a patch. Curiously, the NEUES release removes most of Grindhouse’s logos and replaces them with Team GrisGris’, which may imply a shift back to the original name. 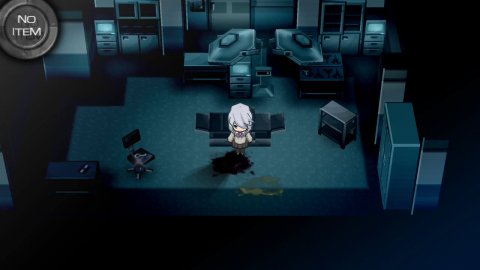 Long story short: as a result of all these delays, Dead Patient remains incomplete at the time of writing, with only one episode to its name after five years.

Dead Patient is set after the at-the-time unreleased Corpse Party: Blood Drive, and primarily focuses on a new cast of characters.  The game’s new heroine, Ayame Itou, wakes up on a hospital operating table with video game amnesia.  Early exploration suggests the hospital is abandoned, but soon there are sightings of ghosts and monsters, stories of a “madness disease”, and of course the titular “Dead Patients”: people who have become zombies after having their hearts surgically removed.  Ayame will also have to escape the hospital’s private security force, which are basically a SWAT team and are playing a similar role to the soldiers from the original Half-Life: they aim to kill everyone inside the building to keep the supernatural forces, and the news, from getting to the public.

As Dead Patient is still in development, it’s hard to say which characters will be important enough to justify a profile. Ayame herself is fairly heroic, but her amnesia makes it impossible to say more about her until more episodes are released. 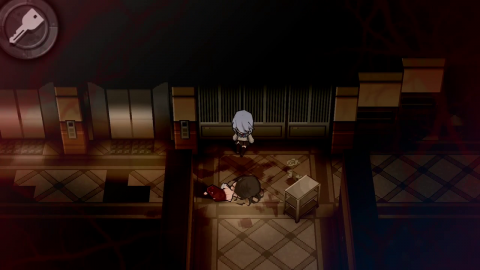 Dead Patient is the first Corpse Party game to be done in 3D, and that means the debut of a new art style that uses chibi models, which seem at odds with the dark tone of the narrative. It’s clear the developers were trying to capture the spirit of the RPG-inspired chibi sprites of Blood Covered, but they may have gone too far, creating something that looks more like a Funko Pop than a person. For what it’s worth, the game’s cel shading fits the atmosphere more than one might expect, making the game look like a horror anime of sorts, but the art style hampers the game’s ability to tell the story via animation. Thankfully the text is still adequate.

Gameplay in Dead Patient returns to the RPG-Adventure style, even to the point of reviving save candles.  Unlike in past games, items now have to be equipped to be used, and the game will not necessarily tell you that you’re looking at an item puzzle if you approach a puzzle with the wrong item equipped, similar to a classic Adventure game. This makes things overall more difficult. The item menu can now be accessed directly, and has been polished to look like a wheel instead of a list. The game also has an in-game map, which is handy, as the hospital is more complex than Heavenly Host. On top of these features, there is also a new mechanic allowing Ayame to drag certain objects around the area, although this is mostly used to conceal nametags.

Unlike previous games (other than -Rebuilt-) the player can run by holding down the run button. Unfortunately, Ayame will start gasping for air like she’s out of breath after less than a second. While there’s no gameplay penalty, the sound effect is on a short loop and is really quite irritating, which might cause a player to give up on running outside of emergencies.  NEUES would later put the sound effect on a delay, but it’s still not long enough. 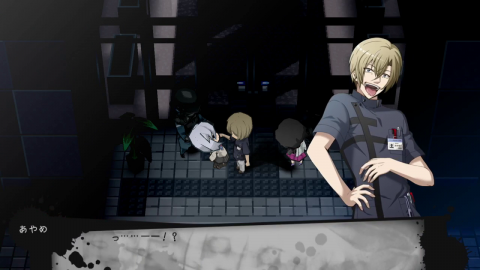 The running isn’t just for convenience: Corpse Party 2 features minor enemies that can damage you in a traditional action game fashion, and there are a lot of them.  While some enemies fire projectiles – a series first – most are traditional chasers. You’ll have to stealth past these enemies, and outrun them if that fails.  Both stealth and outrunning enemies is far too easy, but perhaps that’s a matter of this being the game’s first chapter.  Should the enemies catch you, they’ll begin to damage you and you’ll have to button-mash to escape them. This process stuns your opponent, so do it fast enough and you’ll be able to run away. Luckily, enemies can’t follow you through loading zones.

Damage from minor enemies is represented by a bloody, red overlay that becomes more opaque as you take damage, like those seen in some first person shooters. In the original release, damage will heal automatically if Ayame is left alone.  The game even uses these mechanics for a boss battle at the end of the chapter. Dead Patient’s action mechanics are ultimately average in quality, but this might actually be a compliment if you remember how poorly other Adventure games have handled action sequences in the past.

Nametags return after being absent from Hysteric Birthday, and there are quite a few of them considering this is only one chapter.  Horror fans may find the nametags lacking this time around: while the original games told you how each victim died and sometimes even part of their backstory, all the Dead Patient nametags have to tell you is why each patient was admitted to the hospital. While it may be ironic that someone ended up zombified because of a stomach ache, it not horrific in and of itself.

None of the Visual Novel features added to Book of Shadows and Hysteric Birthday return in this game. The lack of a skip button hurts even more than in Blood Covered, because the game’s animations are slower than ever, and more frequent. The game also lacks voice acting entirely – there are a few gasps and screams, but no dialogue, not even to the level of the early PC releases of Blood Covered.  As an episodic game, these features may appear in the future. 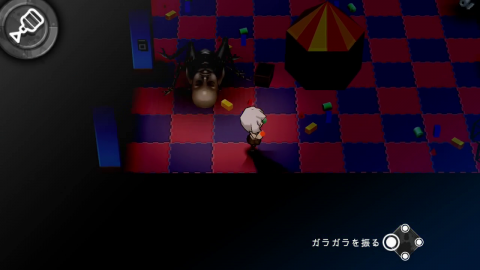 The original release of Dead Patient received an English fan-translation, but it was not ideal. Created by a translator going by the name “GUMI is life”, the patch was only intended as a stop-gap until more organized translation groups completed their work, which they never did.  While the game is playable, select parts are untranslated, including the menus and documents in Ayame’s inventory. The translation was also never updated to support the game’s official patches, certainly not NEUES, but not even bug fixes or full screen support. While Gumi’s effort was greatly appreciated following Blood Patient’s original release, it can finally step down from its beleaguered tenure thanks to the release of NEUES and its incoming, official translation.

Moving on to the NEUES release, Dead Patient NEUES replaces the original game’s lighting system with a traditional one that actually looks good, adds joystick support, and it makes a number of small gameplay changes. Nametags now sparkle, even if under an object that needs to be moved. Two puzzles have been made easier, which is a shame, as the chapter is short on puzzles to begin with.  There are new CGs, although not near as many as you’d expect from one of the 5pb. Games titles, and once again we’re missing a CG Gallery.  But most of the changes were made to the action mechanics.

For starters, NEUES also adds a number of items used to deal with your enemies, like a rattle to call them in the wrong direction, or cans to throw to make noise. Ayame now only heals when you use a bandage item or when you accomplish minor objectives. Thankfully, there are a lot of bandages, randomly distributed and practically carpeting the place, possibly because this is only Chapter 1. There is a new mechanic to hide from enemies in cupboards, probably inspired by Blood Drive, but much simpler, and too generous. Where other horror games would never allow you to hide if the monster saw you go into hiding, Dead Patient will allow you to hide right in front of a foe – even within arm’s reach!  To compensate for these items and cupboards, the game has more enemies than before.

In addition to NEUES’ changes, the developers added some entirely new content. The main chapter received a narrative change to put the game in line with the recently-released Blood Drive, and an unimpressive spider monster from the original game has also been replaced with a more frightening creature that now serves as a midboss. The devs also added a fairly significant Extra Chapter. Not only does this chapter begin to solidify connections to previous games in the series, but it has quite a bit of gameplay, albeit nothing new. 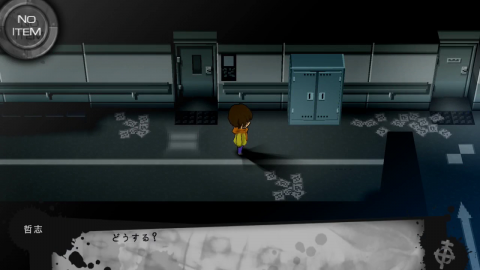 As Dead Patient is only a first episode, it can only be judged so thoroughly, but what we have isn’t been ideal.  The action mechanics also take up much of the game’s length, and if they get any further out-of-hand, the game will have to be judged as an unremarkable stealth game instead of an adventure game with unremarkable stealth on the side. The art style remains the same and anyone who didn’t like it before is not going to have changed their mind now that the graphics have been slightly improved. Worst of all is the weak narrative: zombie stories are a dime a dozen to start with, and the recently-abandoned hospital setting feels much weaker than the hell-dimension of Heavenly Host. The narrative just doesn’t seem to know how to shock or disturb like previous Corpse Party games. Chapter 1 is also fairly short – while it’s longer than Blood Covered Chapter 1, bear in mind that Blood Covered launched with two chapters, three when it was on cellphones.

Still, if Team Grindhouse is ready to get back on a regular development and release schedule, many fans will still be waiting to see what they can do.  While there is still no sign of Chapter 2, XSEED has announced that the NEUES version of Chapter 1 would finally be given an English release, although the release date has slipped at the time of writing, and is now uncertain. The fact that the game is getting localized at all may imply that Grindhouse is finally getting to gear for a proper run of episodes. 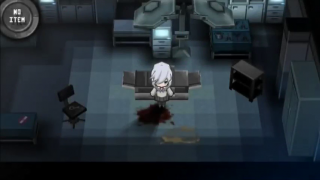 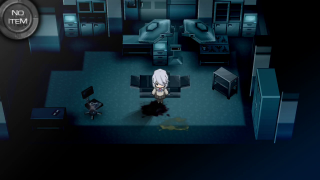 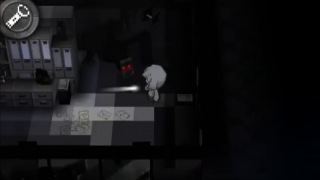 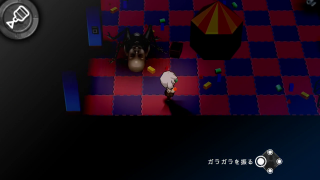