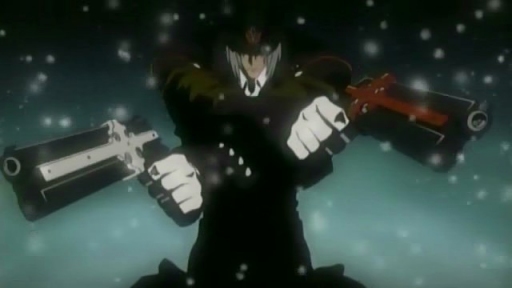 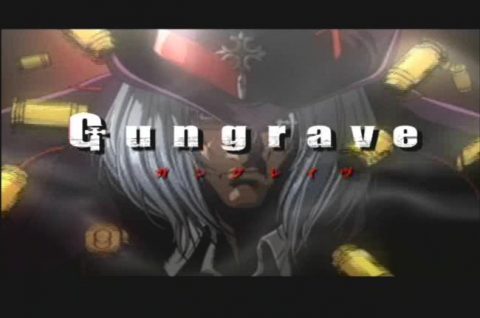 Shortly after the release of the first Gungrave game, an anime was put into production and released in 2003. The anime creates an entire mythology around the Gungrave duo, perhaps more than it needed considering it’s just a run-and-gun shooter. Nevertheless, it works, and the Gungrave anime provides a fascinating and intimate look deeper into the vague characters that populate the game. Unlike most video game-based anime, the Gungrave anime is entirely competent to stand on its own, whether you’ve played the games or not.

Ironically, although anime director Yasuhiro Nightow conceptualized the Gungrave game, he had very little to do with the Gungrave anime, which was directed by Toshiyuki Tsuru. Tsuru, who directed a few of the Naruto movies, took great care in carrying over the characters from the game into the anime. The character relationships played on in the game are fleshed out beautifully here. Rather than simply delving right into the action, the Gungrave anime starts off 13 years before the events of the game, setting up the relationship between the game’s protagonist, Brandon Heat (Grave), and antagonist, Harry McDowell, who were best friends at the time. Brandon and Harry are strays who have to fight to survive on the mean streets along with their group of punk friends. 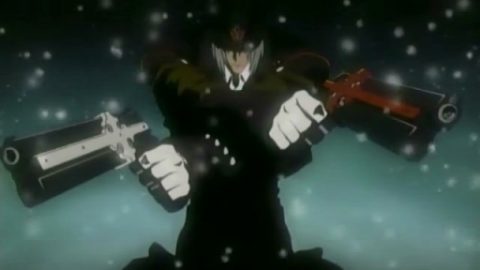 A tragic story unfolds as Brandon and Harry get themselves into trouble far too big for them to handle, and several of their friends get killed by the mafia. We follow them on their desperate struggle to gain more power in order to avenge their dead friends, to the point where that quest for power consumes them until they’ve lost sight of what their intentions were. This eventually leads to a huge rift growing between Harry and Brandon, and that of course is how Grave came to be. After nearly two volumes of setting up Harry and Brandon’s past, the anime launches into the action found in the game. Once again, great care was taken is transforming moments from the game to the anime. Some of the boss fights from the game are perfectly recreated here, like the fight with Bear Walken.

The drama is also done extremely well, and it’s surprisingly emotional considering the source material. I’ve never seen a video game anime executed so well. What really helps it along is the performance of the characters. The voice acting performances are fairly strong, the Japanese track being done by the same actors who played their parts in the game and the English audio track being done by many familiar voices, namely the talents from Cowboy Bebop, Samurai Champloo, and Trigun. 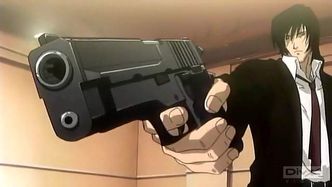 Where the anime falters somewhat is in its visual presentation. Although it was done by the same anime studio that did Trigun, the budget obviously wasn’t there. The character designs are a little bit off, and the animation is somewhat mediocre. Also, the bleakness and cold metallic feeling from the game were somewhat lost in translation. Certain parts of it are just a bit too warm. On the other hand, the soundtrack is excellent. You’ll hear many of the same tunes from the game in the anime, and also a few tracks that would later appear in Gungrave: Overdose.

Overall, it’s a surprisingly good anime, and it comes recommended to anyone who even remotely likes the games, or even if you haven’t played the game, so long as you’re not obsessed with animation quality.