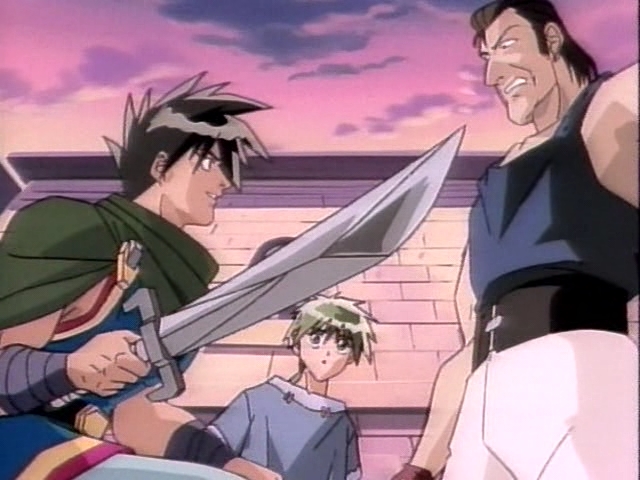 Dragon Knight ended up getting three anime adaptations over the years. In 1991, the original game was adapted into a 30-minute OVA, a first for the genre. The episode has a lot of nudity but no actual sex, just like the game. It does a decent job of adapting the game, but it had no real story to begin with, so it’s not particularly entertaining. It was most likely just made to ride on the popularity of the franchise. Dragon Knight Gaiden was released in 1995, and it tells an original story featuring Takeru as the main character. Unlike the first OVA, it was a full adult anime, and sex scenes make up a good part of the episode. But there’s not really anything worth seeing in it, and it cannot be recommended even for fans of the games.

Dragon Knight 4 got a four-episode adult OVA adaptation in 1998. This would be the best game to make into an anime, but as is the case with many OVA adaptations of adult games, it does a terrible job at adapting the original story. Four episodes isn’t nearly enough to fit the whole plot, so it starts by spoiling the end of the first half of the game right away and then takes it from there. Every episode is just a collection of short scenes from the original game, with no real flow between them, so it’s hard for anyone that hasn’t played the game to enjoy it. At least it’s decent looking for an adult anime, and it does try to show as much of the story as possible, keeping the sex scenes to a minimum. The staff probably liked the original, but there’s only so much you can do with four episodes where you still need to fit sex scenes in somehow.