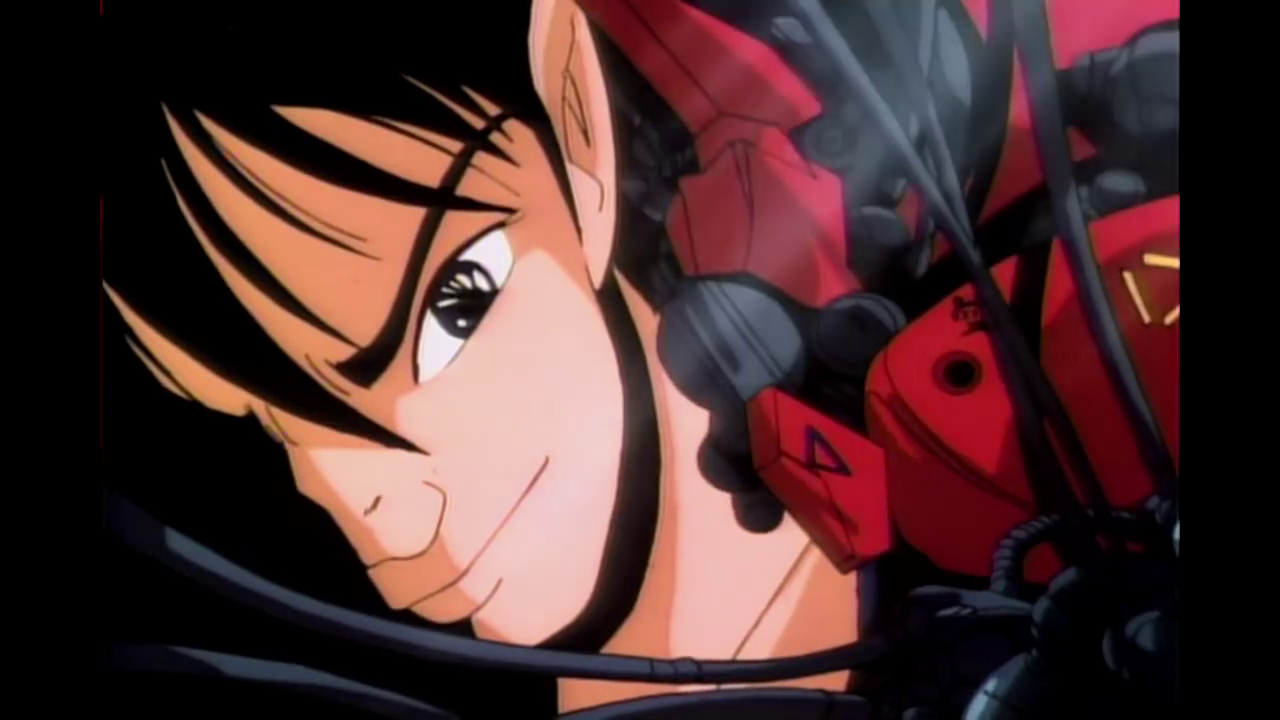 The last entry of the Download franchise is a single-episode anime that was released in December-January 1992-93. It’s one of Studio Madhouse’s early works and a so called Original Video Animation (OVA) produced for direct release on VHS and Laserdisc and is considered an obscure film that has fallen out of memory. An English fansub was however released in 2016. The title has been translated as “Download: Song in Loving Homage to Amida Buddha” (see e.g. Clements & McCarthy, 2015), which seems very far from the cyberpunk setting established by the other entries in the series. Amida Buddha is a main deity in e.g. Pure Land Buddhism and Namu Amida Buddha is a phrase that is recited in his veneration. So why suddenly the Buddhist theme? Well, the main character this time is a monk named Shidou (a thinly veiled reference to the name of the main character of the video games, Syd), that seems to be much better at tinkering with computers and chasing after girls than he is at being a devoted believer. The plot centers around a new computer virus called “Death Mail” that infects the minds of hackers and drives them insane. The video montage shown when the virus infects a hacker consists mainly of the Hitler themes from the second game, and at one point it even shows the spider-legged skull form of the final boss. There are a few additional references to the games throughout the film – the main one being the Motorloader bike – but other than that there are surprisingly few clear touching points between the games and the anime. 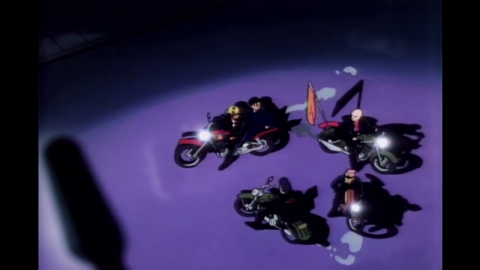 More so even than the other entries in the franchise, Namu Amidabutsu wa Ai no Uta wears its influences from Akira and Megazone 23 on its sleeves, complete with a high tech city, a corporate conspiracy, biker-gangs and red motorcycles. The clash of spiritualism and cyberpunk is maybe not unique (it was a major theme in the later volumes of the Akira manga), but the realization in this film is interesting and helps keep the suspense up as it makes you wonder how the Buddhist themes are going to fit in with the “Death Mail” plot.

Compared to the two Download games – and to most other work in the cyberpunk genre – the world of Namu Amidabutsu wa Ai no Uta is actually not dark and depressing, but instead almost serene in its grittiness. The blues/honky-tonk soundtrack is unexpected at first, and is far from Vangelis’ ambient electro soundscapes in the Blade Runner movie that has set the tone for the cyberpunk genre. However, it is surprisingly fitting with the animation most of the time and together with the rundown, but not too gritty techno-future world of Moonlight City, Namu Amidabutsu wa Ai no Uta at times almost feels like a proto-Cowboy Bebop episode at times, which is not a bad thing at all. 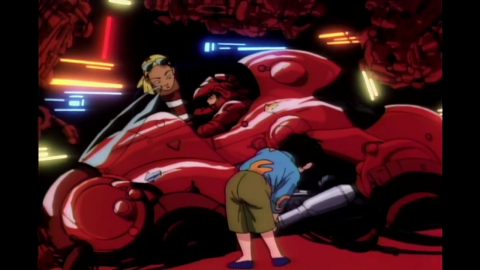 That said, this film has its rough edges. The characters are your classical anime stereotypes and rather flat at that. The animation is generally good-looking and has an interesting use of Dutch-angles, but the animation of the character’s faces is really wonky in many places. However, the biggest flaw of this movie is the large amount of plot it tries to cram into its short run time (47 min). The first two thirds actually make a very good job at establishing the setting and storyline, as well as fitting a couple of twists in. In the last third, though, the whole storytelling collapses into itself and hurries to reach an action-packed conclusion that is uninspired at best. In many ways, this film suffers from exactly the same problem as the Digital Devil Saga OVA that was released a couple of years prior in the early days of the Megami Tensei series: the end game comes from nowhere and seems slapped in place. But where Digital Devil Saga ’s later narrative becomes almost unintelligible, the Download OVA has the benefit of making some sense, albeit with an unsatisfying execution. Had this story been split in to one or two more episodes, this might even have been a memorable anime today. As it is now it is mostly an interesting and very flawed curiosity. Still, it is not without its charm, and fans of the two games should give this one a chance, if not just to see what they tried to do with the franchise. And if it turns out to not be to your taste, well, it is not like you will had put a lot of time into watching it anyway.

A scan of a full page promotion of the Download OVA (and the whole franchise) from the Gekkan PC Engine magazine January 1993:
https://archives.tg-16.com/Gekkan_PC_Engine_1993_01.htm

Description of the OVA on Madhouse’s homepage:
http://www.madhouse.co.jp/works/1992-1990/works_ova_download.html 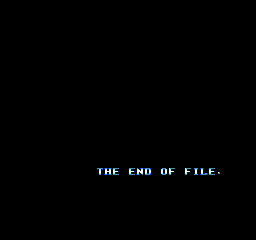