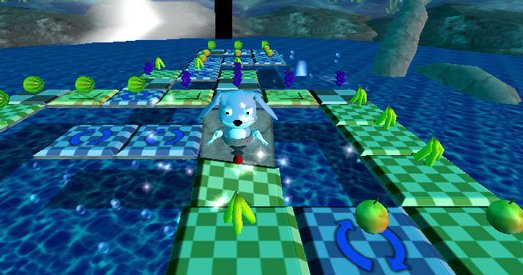 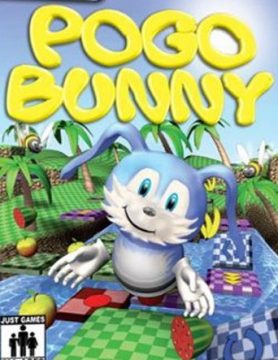 PC gamers are likely familiar with the term “euro jank”. It’s a designation given to assorted games from the old world that lack the polish of their higher budget brothers from other parts of the globe. The term is largely applied to RPGs and shooters, of the likes of Metro 2033 and S.T.A.L.K.E.R., since these are the most popular, but it can be applied to most anything. 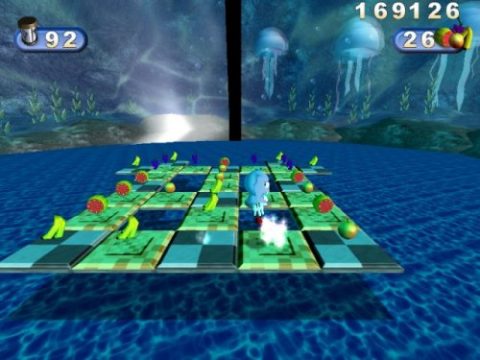 It’s especially the case for Pogo Bunny, the product of Russian publisher/developer Alawar. It’s a simple action-puzzle game where you control a bouncing rabbit through a series of stages, which are suspended in mid-air. You hop for tile to tile, collecting the required amount of STUFF, and then finish the stage. There are several different tiles, including ones with springs springs, ones that crumble when you hop on them, and ones that can only be crossed in a specific direction. Most maddening are ones that disappear and reappear, which are usually accompanied by an infernal bee, which loops around at different intervals, causing huge issues with timing. 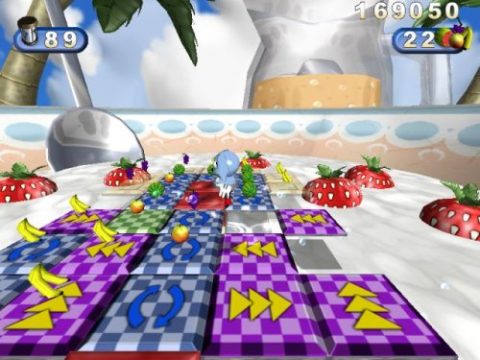 There are an assortment of the aforementioned euro jank – the camera is never positioned quite right, even when using the space bar to lock it in a certain position; there’s no real death animation when you get hit and instead just kinda disappear while the camera follows the invisible rabbit into the ocean; and the game insists on quitting to the menu every time you die, which happens a lot, because it’s a suspiciously difficult title for what looks to be a kid’s game. (This is probably because the full game in distributed for free online, but has a 30 minute time limit, so anything the game uses to waste your time works in its favor, one supposes?) Also, despite having been released in 2009, the graphics would’ve looked quite bad even for something from ten years ago. The background of the first stage looks like the Green Hill Zone from got drunk and threw up on a hooker. 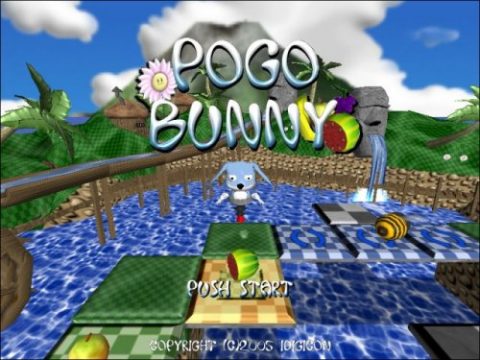 Taken together, Pogo Bunny isn’t really that much more terrible than the average low grade shovelware. Rather, what sets it apart is its horrifying main character. The cover is scary enough, but in-game it’s even worse, as he’s sort of a weird off-purple color, with a misshapened body that doesn’t entirely look like a rabbit. It has dead, emotionless eyes – after all, it is a lagomorph which has its entire lower body removed and replaced with a spring. It can never know carnal pleasures, only bouncing.

There’s no real story, but it’s fun to imagine the pogo bunny as some kind of Dr. Moreau-esque monstrosity, and the whole game is the rabbit’s personal journey to track down his creator and re-enact the elevator scene from the movie Drive. Truly one of the most pitiable protagonists in all of gaming.