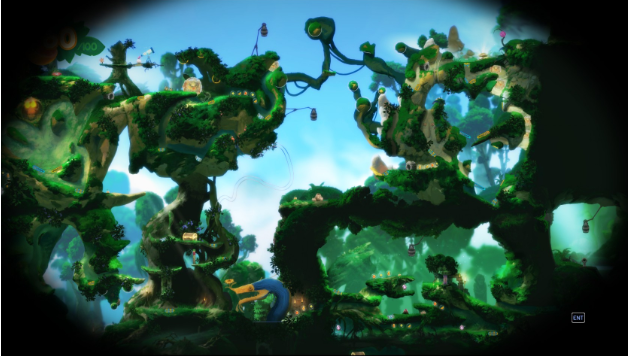 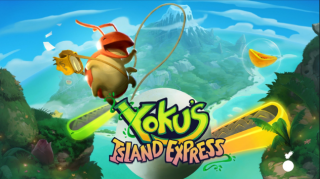 An open-world pinball-based platform Metroidvania. There is no way that this should have worked.

And yet, Yoku’s Island Express is incredibly enjoyable. The combination doesn’t come close to making sense, but somehow works perfectly, making the most of its simple but compelling gameplay and it’s gorgeously colorful visuals to deliver a game that sits alongside Kirby’s Epic Yarn and LocoRoco to be one of the purest expressions of sheer unrestrained happiness found in video gaming.

Yoku’s Island Express is the debut release from Villa Gorilla, a Swedish studio formed in 2013 between Jens Andersson and Mattias Snygg, former employees of Starbreeze Studios (The Darkness, The Chronicles of Riddick: Escape from Butcher Bay.) Jens in particular wasn’t satisfied working in a job where it took three or four years to release a single game, so Villa Gorilla intended to release a game within a year of forming, and chose a game based on a ball simply because they didn’t have a professional animator and thought a ball would be easy to design and work around. Fun fact; while this might sound a little amateurish, Nintendo did something similar in 1986, putting the Morph Ball ability in Metroid because it was easier than designing a crawling animation that the Nintendo Entertainment System could handle. 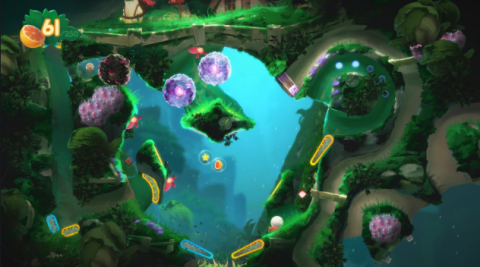 Naturally, this one year project turned into a five year project in which Villa Gorilla ended up designing their own game engine to handle their ambitious debut title. Yoku’s Island Express is the story of Yoku the dung beetle, who moves to Mokumana Island – no relation to the evil Danganronpa teddy bear – to become the new postmaster! For some reason, Yoku’s life is spent attached by an unbreakable string to a perfectly round ivory ball that’s about twice their size, which is fortunate for them because they’re also completely unable to jump and Mokumana Island is covered in pinball paddles. After arriving at Mokumana Village, Yoku discovers that the island deity, Mokuma, has been attacked and is now in a restless sleep. In order to help them recover, Yoku must journey all around the island and enlist the help of three tribe leaders who may be able to help, on an adventure of unmatched scale that should take you around five to six hours, or ten if you’re looking to explore thoroughly.

Mokumana Island is packed with side-quests, some spanning the course of the entire game, like finding all thirty post-boxes to stuff with long-overdue letters, and some as quick and simple as “Hey, could you fetch me my toolbox from the village so that I can repair this bridge?” There are treasure chests to find, urgent parcels to be delivered, and eighty Wickerlings to find – small woodland creatures that look a little bit like the Koroks in The Wind Waker – which unlock the best ending. You can also find some colors to customize your pinball with, and a few of the games colorful characters will treat you differently depending on how your pinball looks, granting you access to a few bonus areas. 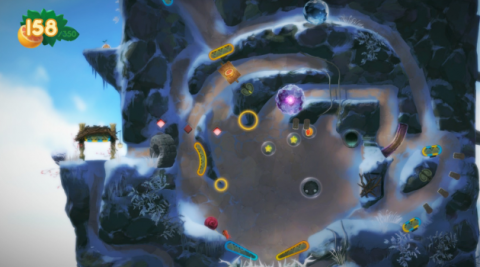 Most often, your reward for this will be fruit, the currency on Mokumana Island which you can use to purchase maps pointing out unclaimed treasure, unlock paddles that let you access alternate paths and areas, and activate the Beeline system, a method of fast-travel that flings you across multiple stops from Mokumana Village to one of the three main areas in the game via way of elaborate shortcuts and bounces reminiscent of a Rube Goldberg machine. The Metroidvania elements come into play with some of the upgrades you can find that allow you to traverse different routes, such as a friendly fish who helps you dive underwater, a pet Sootling (a fluffy ball of… well, fluff) who can grapple onto flowers while you swing 360 degrees around them, and a vacuum that you can use to suck up explosive slugs which you can then use to destroy rocks, clear paths, or boost into secret areas. It’s fitting that the first tool you unlock in the game is the Noisemaker (a party horn) and you’re encouraged to spend the rest of the game blasting it at every opportunity in case it reveals some hidden fruit in the nearby wilderness. Literally and figuratively, the game is a party from start to finish.

But the base pinball gameplay is what Yoku’s Island Express would live or die on. There are other video game pinball games like Kirby’s Pinball Land on the Game Boy, Super Mario Ball on the Game Boy Advance, that 3D Space Cadet Pinball game that came packaged with every version of Windows that came out between 1994 and 2001, and the pinball levels from Sonic the Hedgehog 2 and Sonic Adventure. And all of those games suffer from the same flaw in their pinball gameplay; losing sucks.

It’s not exactly a mind-blowing revelation that losing in a video game doesn’t feel great, but let’s look at why. If you lose, i.e. fall down to the previous stage in Kirby’s Pinball Land, you have redo whatever task you had to complete to get back, many of which are based on luck. When you go back a stage in Super Mario Ball, you don’t have to redo whatever task you already completed, but when you do get back up to the stage you were working on, your progress will have completely reset and you have to start again from the beginning, which really gets grating when you’re on a multi-stage boss fight. The open world layout of Yoku’s Island Express mean that all of your completed boards stay completed, and all of your progress is saved before you make a mistake, so you rarely have to redo anything. Its approach to difficulty is reminiscent of Rayman Origins – albeit Yoku’s Island Express is much less difficult – because it has the same policy of letting the player try again as quickly as possible in the unfortunate event that they make a mistake, so as not to slow your momentum. As a result, Yoku’s Island Express is still fairly challenging in places, but it greatly minimizes frustration. 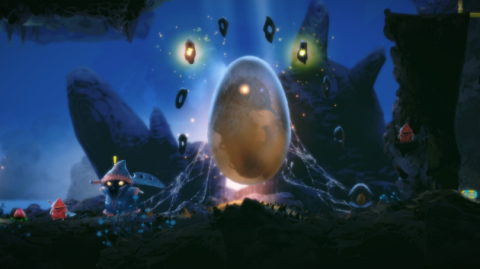 That’s not to say you’re not punished at all; at the bottom of most tables are thorns which cause you to lose a trivial amount of fruit as a penalty for failure, but it’s never discouraging, and combined with a cheery samba soundtrack and its beautiful hand-painted visuals, Yoku’s Island Express is never anything but a wholehearted joy to play. The moment that set the mood for the rest of the game  early on is when you into a villager who offers you a wallet upgrade if you give them 100 fruit. Even if you don’t have enough money and say “yes” anyway, he hesitates for for a second, then says “You know what? Just take the upgrade and come pay me back when you can.” Yoku’s Island Express is an entire game designed with that mindset.

If you’re looking for a challenge, Yoku’s Island Express will probably not scratch that itch, but if you’re confident enough in your maturity to join a cartoon dung beetle on their quest to be the best dang postmaster they can be, it’s a no-brainer.