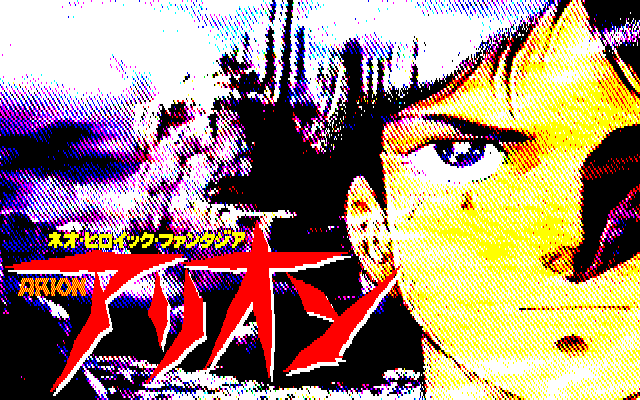 Yasuhiko “Yaz” Yoshikazu was the character designer for some of the original Mobile Suit Gundam series, but he was also a manga artist and anime director separately from his more famous works. These included the 1984 adventure-mecha TV series Giant Gorg, the 1986 Greek-inspired epic Arion, and the 1980 sci-fi film Venus Wars, all of which also have computer and video game tie-ins. 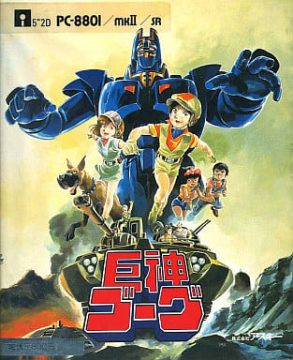 In the year 1990, a mysterious island emerged in the South Pacific ocean. A young boy named Yuu, along with his scientist friends, is drawn to the island to help investigate his father’s death, but it also happens to be under attack by the evil GAIL corporation. This is because it’s also the home of Gorg, an enormous mecha dubbed by the natives as the Messenger of God. Yuu and Gorg end up becoming good friends as they protect the island from the evil invaders. 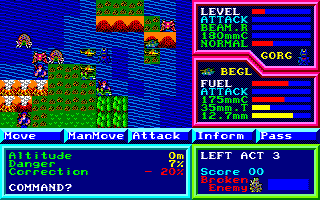 This PC88 is presented as a turn-based strategy game, though it’s different from most of its type because there are only two units to control – the mecha Gorg and the amphibious tank Begl. Not only do you need to fend off GAIL attackers, but you must also find and save your friends, who aren’t visible on the map, though the game does indicate their location with a compass. You’re constantly outnumbers, and losing an encounter will push you back a square, making it more difficult to find your pals. It’s a little slow moving, and lacks any of the wonder or excitement of the show, despite its novel premise. 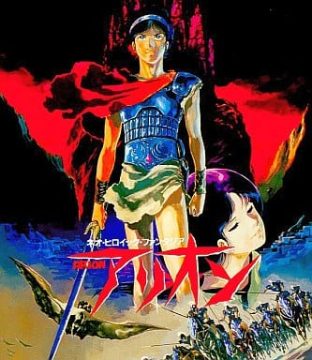 Arion began as a manga loosely based on Greek mythology – loosely meaning that it takes some names and basic identities but otherwise tells its own story. The eponymous Arion is the young son of Demeter, who is kidnapped by Hades and trained to assassinate Zeus. But rather than being a pawn in the battle among the Titans, he begins his own war to save the girl he loves.

The PC88 game from ASCII is an adventure game that closely follows the plot of the movie. Other anime-based adventure games of the time, like Hokuto no Ken, redrew the graphics to adapt them to the system’s limited palette, which looked (and still look) fantastic, but Arion uses scanned images directly from the anime film, which are heavily dithered and discolored, so they don’t look great. 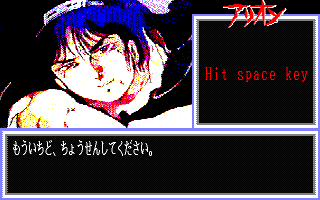 The game itself is pretty linear, as you explore a limited game world and pick the correct commands to proceed. Every once in a while you’ll get into a fight, where you can choose to attack or run, though whether you win or lose is largely based on luck. It also expects that you’ve seen the movie since major elements are cut from it, assumedly because there wasn’t anything for the player to actually do in these segments. Time also passes in certain scenes if you don’t choose any commands, and waiting in these areas is required in order to proceed. 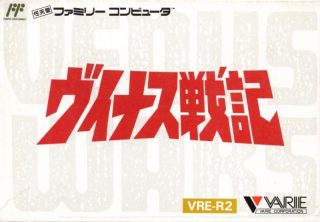 Venus Wars is another anime film based on Yoshikazu’s manga. This is his most well-known work in North America (outside of Gundam, anyway) since it was a regular feature on the 1990s Sci Fi channel. It takes place on Venus, which has become habitable and been colonized by humans, but has broken up into two factions buried in a civil war. A young biker gang named Hound, led by the young man Hiro, fights back. 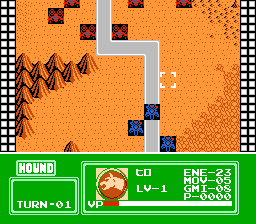 This is another strategy game, though again, with a unique twist. You control the squadron of bikers fighting against the Ishtar (spelled in-game as “Ishutal”) forces over 15 stages. When attacking an enemy unit, it changes to a 3D over-the-shoulder perspective of your character riding on a bike, as they attack enemies while dodging their fire. In addition to the bikes, you also control a support truck, which heals nearby bikes and resupplies their weapons. Certain levels have boss tanks to defeat, which are also action scenes, though this time shown from an overhead perspective. Units also gain levels with combat experience. It’s another novel premise, to combine simulation and shooter elements, but the action scenes can last up to a whole minute, and when you consider that most stages have more than a dozen units on the field, it makes battles drag on and on. 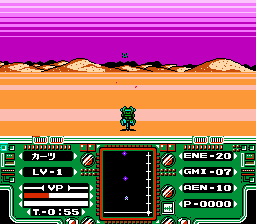 While none of these games were localized, all anime are available legally in English. Giant Gorg was released on DVD by Eastern Star in 2016 and can be found in streaming services like Crunchyroll. Neo Heroic Fantasia Arion was released in 2021 on Blu-Ray by Discotek, making for its first official English release. And while Venus Wars has been available in English since the 1990s, it has been re-issued on Blu-Ray by Sentai Filmworks in 2021.