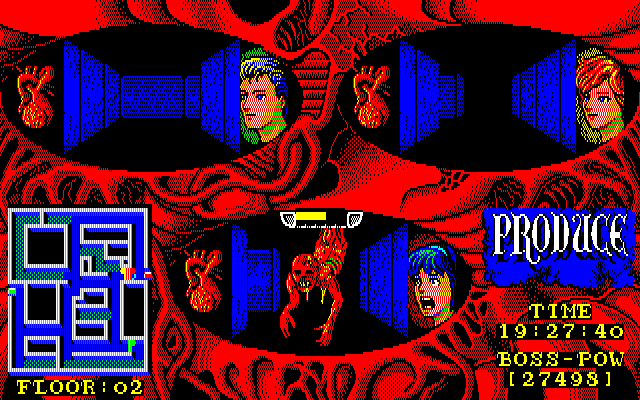 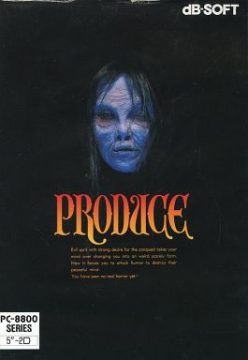 Produce is a horror simulation game revolves around four teenage psychics –  Gilbert, Toshio, Tina, and Sayaka – who have left town on a vacation. Toshio has a crush on Sayaka, but Sayaka instead has a thing for Gilbert. He’s unable to deal with his hatred and jealousy, when an unusual opportunity presents itself – an abandoned house calls out to Toshio, and requests that he deliver his friends to the top floor of the building. Upon completing this task, the eldritch being within will eliminate Gilbert so Toshio can have Sayaka all to himself. 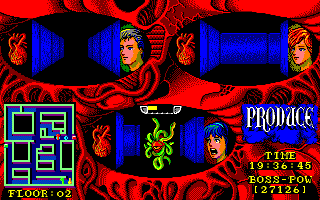 In most typical video games, you’d control one of these three characters as they find a way to escape from the haunted manor. But Produce is far from typical, and instead you take on the role of Toshio, seeking to take revenge on his (former) friends. With this, you’re given access to the perspective of your three victims, along with an omniscient view of each floor’s layout. You can then use your psychic powers to create projections of various monsters and demons, corralling the human characters up the stairs to the next area. The game operates on a timer, so you can choose where and when a creature will appear, as well as long long it’ll stay active.

Since the monsters you create are just illusions, technically they can’t harm anyone. But Gilbert, Tina, and Sayaka’s hearts are shown next to their viewpoint, which represents their fear level, and if they get too scared, they’ll have a heart attack and die. Which is bad, since you’re supposed to get to the top floor, not kill them outright, so the game will end if anyone of them croaks. They can also use their own powers to fight back against the illusions, and each of the trio can be strong or weak against certain monster types. If you’re not aggressive enough with your demon placement, they’ll just find the exit, and the game will be over. The evil being’s power is also limited, so you can’t overuse it, plus there’s a time limit, as you need to hit your goal before dawn, or else your victims can leave freely. 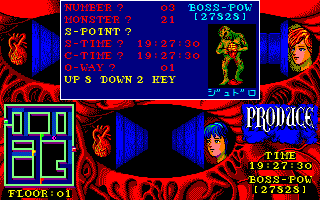 It’s a hard game to figure out, because there’s a lot that the game doesn’t communicate, like how certain monsters are more effective on certain floors, or which monster is the best to use against which character. There’s no real learning curve either, because if you don’t act immediately when the game starts, everyone will escape very quickly and the game will end. But it’s a morbidly enticing experience, just because there are few games that let you play as a character so petty and malicious. Obviously, even if you “win”, demonic gods aren’t exactly known for keeping their promises, and things work out poorly for all involved. It’s a viciously creepy experience too, especially with the blood red interface, which seem to be the organs of some otherworldly devil. The monster designs and their animations are quite frightening, too.

As an early horror game, Produce laid the groundwork for Tecmo’s later Deception series, which work similarly in that you set traps in order to prevent intruders from making their way through your manor; it hasn’t been cited as an official inspiration, but the similarities are evident.