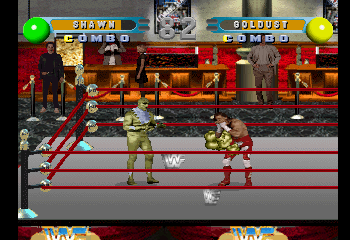 Both the World Wrestling Federation’s product and business were in the toilet in 1996, as Ted Turner’s World Championship Wrestling had usurped the WWF’s place as the number one promotion (and pilfered a lot of the leading talent). It wasn’t hard to see why: WCW had edgy storylines and fresh ideas, while Vince McMahon’s federation was still mired in stale angles and hokey gimmicks, even by pro wrestling standards.

Sculptured Software had developed the home ports of WWF Wrestlemania: The Arcade Game the year previous, a wild and wacky take on grappling that owed more to Mortal Kombat than it did a wrasslin’ game. The sequel, WWF In Your House, was released in 1996, and ramps up the ridiculousness even further.

Bret Hart, The Undertaker, and Shawn Michaels all return from Wrestlemania, and the Ultimate Warrior makes his comeback from WrestleFest, with six new grapplers entering the squared circle. 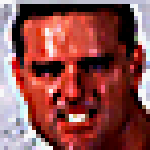 British Bulldog: The pride of England, and Bret and Owen’s brother-in-law, Davey Boy Smith captured the Intercontinental Championship in front of 80,000 fans at Wembley Stadium in 1992 before turning fiendish heel in 1995. 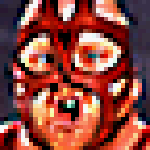 Vader: The Mastodon bruises and breaks foes, remaining feared and reviled for his deadly powerbomb and Vader Bomb. 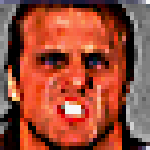 Owen Hart: The King of Harts, Bret’s younger brother is as talented as his sibling, but with a huge chip on his shoulder, remaining a thorn in the side of the older Hart. 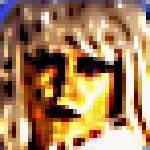 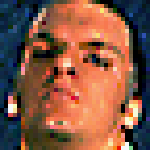 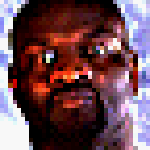 Ahmed Johnson: A brute of a competitor, Johnson’s strength cannot be matched, with his Pearl River Plunge powerbomb taking down many foes. 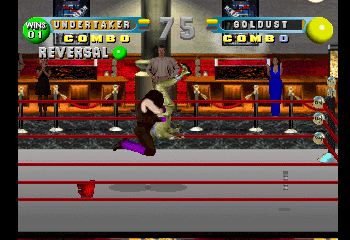 ‘Double J’ Jeff Jarrett recorded blue-screen animations that were never used, allegedly because of a contract dispute. With no space for another character on the select screen, it’s unknown who replaced him or if he was due to be a secret combatant.

Much like its predecessor, you can battle for either the Intercontinental Championship or the World Heavyweight Championship. The former is easier, with both singles matches and handicap matches against one or two competitors. The latter ramps up the challenge, with handicap matches against up to three foes, and a final match against every wrestler in the game. New is the Season Mode, where you face the whole roster in one on one matches, including a mirror match against yourself. Claim victory in any mode and you’re treated to a full motion video highlight package of your chosen grappler, complete with theme music. Up to four players can join the fray, even allowing you to team with a buddy to take on the championship modes.

The graphics include digitized sprites for the wrestlers, similar to Mortal Kombat. Animation is a mixed bag, with some stuff looking cool, and some so poor it again slips into Pit Fighter territory. As well as a generic arena, every wrestler gets their own custom level, taking the In Your House concept to its (very) literal conclusion – Owen Hart has a house of cards, Shawn Michaels his Heartbreak Hotel, Bret Hart the legendary family dungeon, Goldust a Vegas casino, Bulldog the outskirts of Buckingham Palace, Ahmed the backstage area, Helmsley a regal house, and Undertaker a crypt, complete with turnbuckles and ringposts both made of skulls. Others make less sense: why does the Ultimate Warrior reside in a desert full of Scotsmen in kilts? And Vader a coal mine? 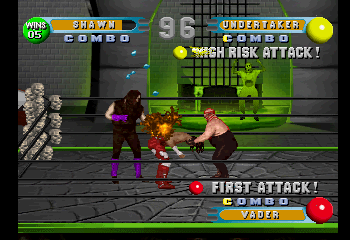 New to the game are silver WWF power-ups, which are thrown into the ring and allow you to replenish some health or stun your opponent. But beware: there are similar red icons, which when collected can cause you to lose health or become stunned. Thankfully, if they annoy you, you can turn them off via the options, and also adjust the difficulty level and disable blocking. There are new goofy wrestler specific moves too, from Owen Hart spitting out playing cards like an Uzi, Bulldog’s head morphing into the dog of the same name, and Vader’s into a literal mastodon. Bret Hart fires laser blasts from his sunglasses, Hunter seems to wield a lightsaber, and the Ultimate Warrior blasts out frickin’ lightning. Discovering all of the special moves is one of the highlights of the game.

The same control scheme returns, with a button each for punch and kick, and another two buttons for more powerful versions of the same. Tap forward twice and power punch and you grapple your opponent, where you can then hit a combo or a regular or finishing move. This isn’t a good tactic, however – with so much chaos with power-ups/power-downs, multiple opponents, and janky controls, the best strategy is to button mash and hope for the best, making In Your House a shallow experience.

While only the Undertaker had a fatality in WrestleMania, now all combatants have the honor, dubbed Super Pins. They’re as bonkers as you’d expect, from Owen Hart dropping a gigantic throne from the sky onto his foe, Bret doing the same with a massive WWF Championship belt, the Bulldog shrouding his opponent in a Union Jack flag, and Ahmed axehandling his antagonist so hard they explode. Hunter sucks his adversary into a lamp, Goldust melts his foe into a status of himself, the Ultimate Warrior goes full on Raiden, shattering his opponent into pieces with Force lightning, the Undertaker mashes his antagonist into a ghostly green tombstone, and Shawn Michaels drops his Heartbreak Hotel interview set from the heavens. Spare a thought for poor Vader, whose backside swells to enormous proportions before he jumps high into the air, flattening his foe beneath his ballooning buttocks.

Commentary is handled by Vince McMahon and Mr. Perfect, although there’s no background music during bouts in the Playstation and Saturn versions; on DOS, the theme music of the wrestler whose stage you fight in plays once. The sound effects are adequate, and a wrestler may, humorously, randomly spout a catchphrase mid-match. Another issue is load times on the console versions, especially on PlayStation, with the game pausing for several seconds each time a new wrestler enters mid-match. In terms of the best version to play today, it’s pretty much a pick ‘em – the DOS incarnation is the most complete, but it’s hard to argue with the improved resolution and ease of play on console, with the Saturn having the slight edge.

WWF In Your House was not a hit; it received poor reviews and was forgotten about in the midst of publisher Acclaim’s troubles at the time. While lost, it’s no classic, and is perhaps even more divisive than WWF WrestleMania. Despite some fun special moves and fatalities, the game suffers from thin gameplay and graphics that looked dated even during the early stages of 3D. The World Wrestling Federation’s fortunes would change markedly from here, and the video games would follow suit, with the OK WWF War Zone and Attitude coming in 1998 and 1999, and the classic Aki games soon after. 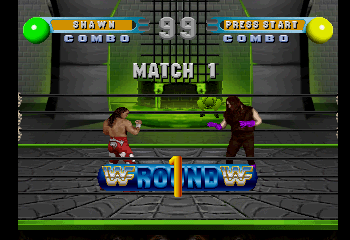 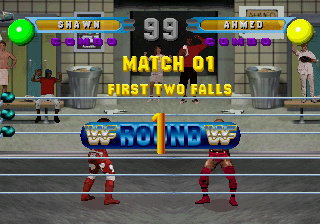 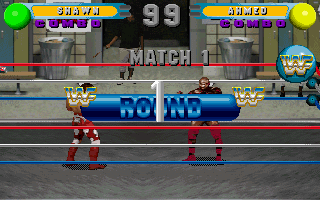