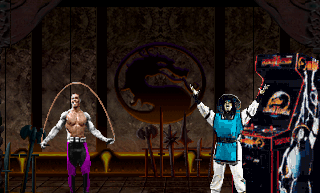 It was reasonable enough that Midway would want to give the rather rushed MK3 some extra time in the oven. UMK3was a big enough improvement to be worth it, especially with the re-inclusion of Scorpion and all of the other ninjas. But with the release of Mortal Kombat Trilogy, Midway’s basically making an update of an update. Trilogy is best described as UMK3 with more stuff attached to it, as it shares the same engine, gameplay mechanics, plotline, and almost everything else. The main draw here is that this is basically Midway’s crack at one of the “Dream Match” games SNK likes to do every so often. This is also the first Mortal Kombat game that wasn’t released in the arcades, which eventually would become the default for the series. 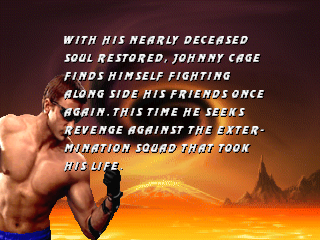 Every character who’s made an appearance in an MK game up to this point, playable or otherwise, is available for playing. Yes, that includes the bosses. The biggest new inclusion is Johnny Cage, who got himself a new actor and a new set of sprites. Baraka and Raiden also return from their absence in MK2. While they use the same sprites, they at least have some new special moves, so they’re not entirely outclassed by the new cast. You’ve also got the console exclusives Noob Saibot and Rain available for play, with Noob getting his new moves from the 16-bit UMK3 ports. Certain characters can become ‘klassic,’ which turns them into their MK1/MK2 incarnations. And since there weren’t nearly enough ninjas as it was, you get a choice between a new male or female one, depending on whether you got the cartridge or CD version.

If you’ve already played UMK3, you’re not missing much of anything besides the new characters. There’s also a new ‘Aggressor’ meter, which fills up whenever you hit somebody, with more meter being gained if the opponent blocks. When it fills up, you can… move a little faster and do a little more damage. Supers? What are those? You can also enable automatic combos from the options menu, which makes performing chain combos as easy as mashing a button. As sad as it sounds, the biggest improvement to the gameplay is that you no longer have to unlock a cheat menu to actually pause the game. 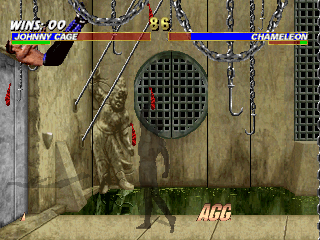 The AI in this game is just as brutal as UMK3 before it, so beating the game without either ratcheting the difficulty down or exploiting the AI as much as possible isn’t easy. If you beat Shao Khan, though, you get a new set of hidden treasures, including a demonstration of every finishing move in the game. Brutalities return from the home ports of UMK3, where they work the same way, and they’ve even managed to keep the Animalities in. If you ever actually feel like going through the hassle of using them, anyway.

The CD versions of the game are mostly identical, with their biggest issue being all the loading times. The soundtrack’s been redone for the Redbook format, and it sounds a little clearer, if not much different from the arcade version. There’s a lot of loading time to deal with between fights and whenever Shang Tsung morphs, which can slow the pace of the game down a good bit. The PC version is probably your best bet, if you can find the fan-made patch to make it run on modern computers. It even has network play, on the incredibly tiny chance it actually works.

The N64 version, on the other hand, actually has quite a few changes and cuts. The ‘klassic’ characters, Goro, and Kintaro are missing entirely, and Shao Kahn and Motaro have to be unlocked. On the plus side, you get a new 3v3 battle mode, some minor graphical enhancements to the backgrounds, and much less loading to wait through.

The best word to describe Trilogy would be ‘unnecessary.’ It’s not a bad game, since it’s basically just an updated version of UMK3, but that’s exactly the problem. The series has already had MK3 twice, and another version is just reaching Capcom degrees of cash cow milking. The game also barely makes use of the hardware at all, with none of the versions matching up entirely with the arcade games. Sure, it’s nice to see Johnny Cage back, but still. The good news is that with the rise of 3D graphics approaching, this was to be the last time we had to see the MK3 engine, right?

At this point, it’d be best to pretend that the series died out for a while shortly after the release of this game. We all know that’s not true, of course, but when you look at the truth, with its convouluted plot, lame characters, and kart racing, who can blame somebody for wanting to stretch the truth a little? If you value your sanity, dear reader, you might just want to skip ahead to the reboot released two console generations later, but if you don’t… 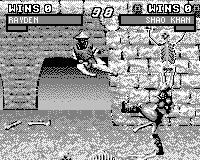