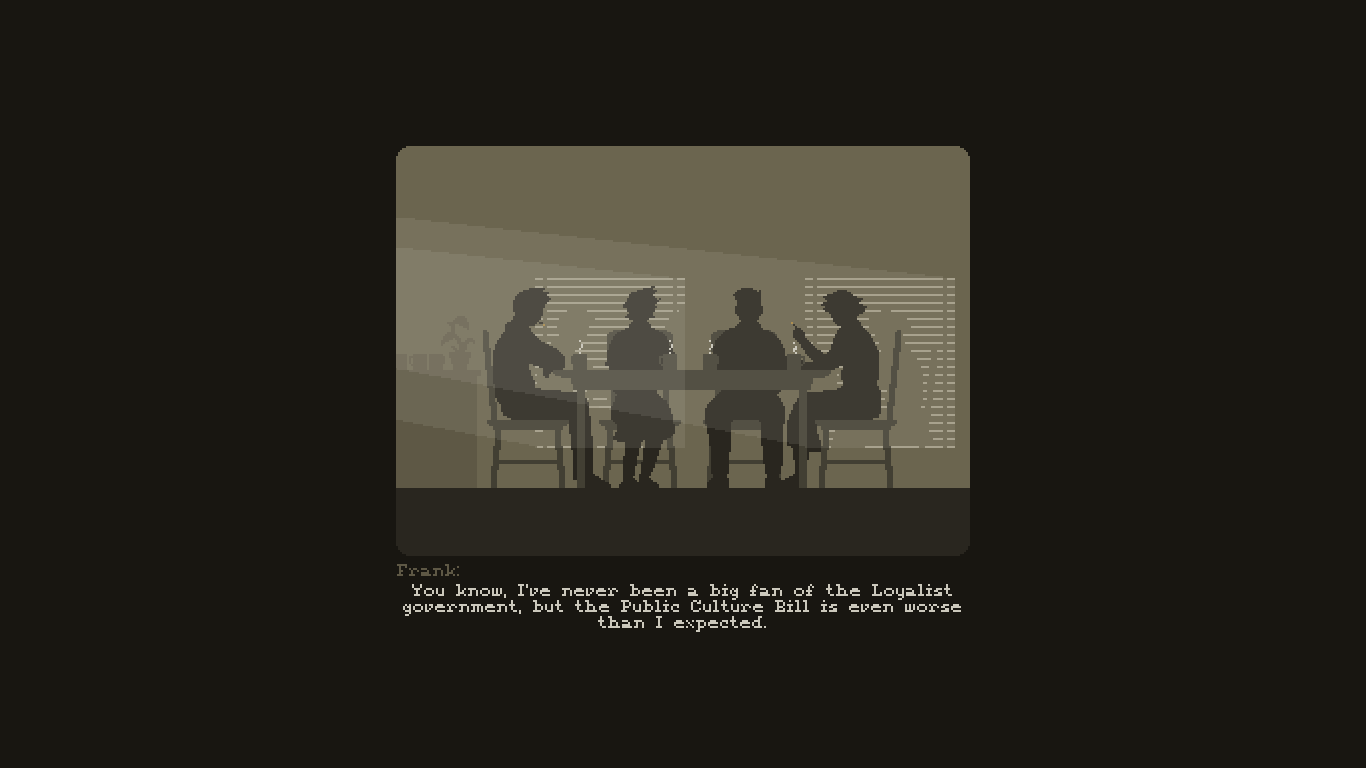 Based on an abandoned concept game Lucas Pope made and fleshed out in all areas, The Westport Independent is a newspaper editing simulator game that has a political edge to it. Fitting for its base DNA to be sprung from the man responsible for Papers, Please. The game stars the in-world newspaper The Westport Independent, organized by you as you give orders to your staff on what stories to follow and make the final paper to go out. The catch is that there’s an authoritarian government proceeding to pass an extremely restrictive law on free press, so you can’t just publish the whole truth. What happens to the city you live in depends heavily on how you influence what the public knows with your paper – and that will also impact your eventual fate and that of your reporters. 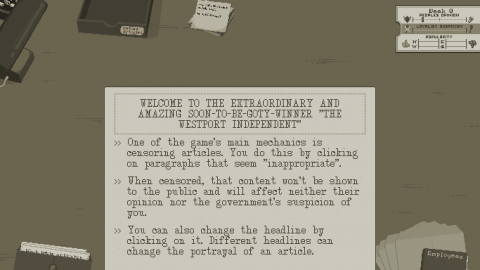 The game clearly wants you to think about the impact of information and how easily it can be manipulated and framed in different contexts, which the mechanics nail down hard. Your job is to assign your four reporters on various stories in a pool of possibles, each reporter having their own political alignment from left to right. They’ll actually turn down stories that don’t fit their worldview, and their politics can be influenced slowly on the stories you have them on. This impacts the ending and if you even have certain reporters on staff, as they can be arrested, quit, or just be generally harassed and may be out of the office for a week or two. 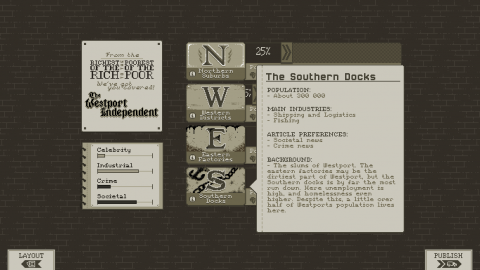 You also have final say on context as editor. You can select the headlines, ranging from by the fact to sensationalist, propagandist to rebellious (occasionally in very funny extremes). You can also choose to remove certain parts of the story that don’t fit the story you want to tell, or may upset the wrong people. The ultimate goal is to try and spark rebellion by slowly leaking out truthful information on what’s happening revolving around the government without getting them too suspicious of you, affecting each of the four districts, all with their own tastes in stories to cater to. Or, you can just be a bootlicker and bad things happen to most everyone, but you stay in business (though you can also survive if you get enough districts in revolt). 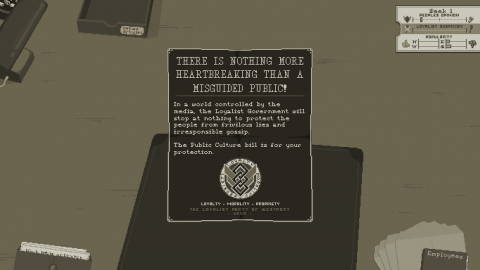 The balancing of the game is what makes it work, as you never have the perfect set of stories to work with, and you may end up dealing with unexpected consequences, making things stressful and keeping that weight on your shoulders. It also has a ton of character in the beautiful UI design, silhouetted cutscenes among your staff, and relaxed and old-timey score and sound. It’s an involved experience, short but dense in what it wants you to consider. The game is now completely free, so check it out if you didn’t pick it up back when and enjoy one of the most tense and engaging narrative experiences in the indie scene.