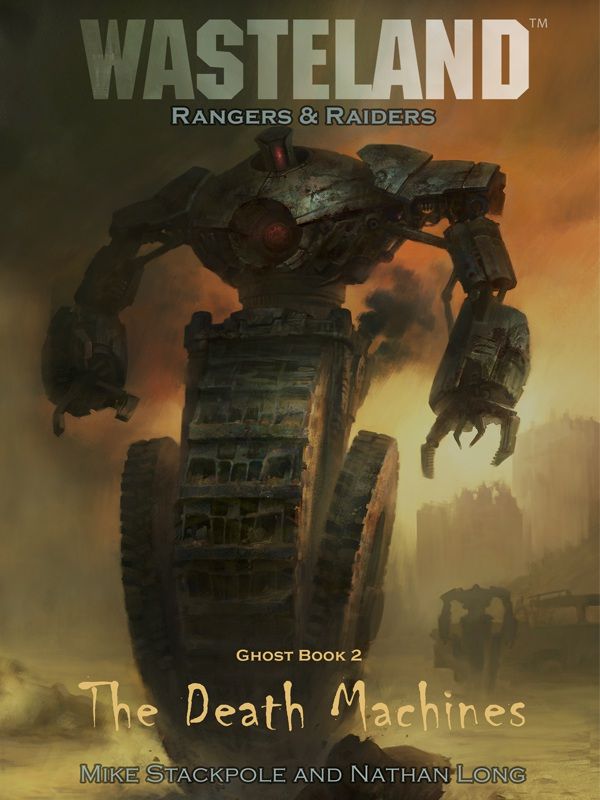 Wasteland in other media

Despite its long and complicated history, Wasteland as a series has not expanded into other types of media, except for the written word. The earliest example of such an expansion are the aforementioned Wasteland paragraphs, though not in the usual manner. While most expanded universes serve to actually enlarge the universe, the paragraphs instead offer an entirely separate, self-contained story scattered in nearly thirty of its 162 entries. 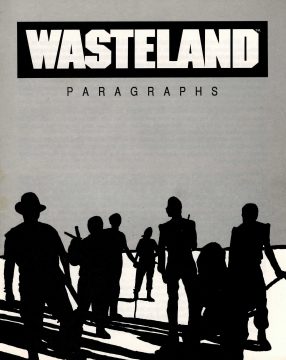 In these “Martian Chronicles”, the Rangers are not battling the killer machines swarming out of a pre-war military base, but rather aliens that raid Earth from their staging base on Mars, the Serpioids. Abducted and forced to do hard labor in the harsh, thin atmosphere of the Red Planet, the Rangers eventually rally the slaves in a popular uprising. Allied with the native population of Mars, enslaved by the Serpioids, and armed with Verchitin armor and Firelances, the eventually confront the Serpioid queen with the aid of Finster, only to be defeated just a few steps away from seizing victory.

The story is told in a fragmented fashion, leaving gaps for the reader to fill in, much like the actual, game-relevant paragraphs. All of this would be a curiosity, were it not for the fact that Verchitin armor does actually appear as a unique armor set in Wasteland 3. Although marked with a serial number, the actual material and design is quite, well, alien.

Other written expansions take a more conventional approach. The most notable examples are the strategy guides for Wasteland and Fountain of Dreams. Contrary to what one might expect, both take the form of novels, where gameplay is integrated into a single, continuous narrative illustrated by maps taken from the game. Both read almost like a dramatized transcript of a pen-and-paper RPG campaign, though at the expense of actual information. 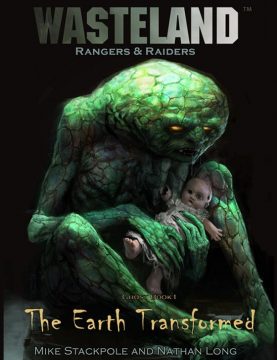 Wasteland 2 ignored the dramatized strategy guides, but it did attempt to expand the universe through the written word as well. It was supposed to be accompanied by two series  of books, diving into the world of Wasteland and expanding on its setting. Tentatively titled Rangers & Raiders and Cults & Criminals, the series never really got off the ground, with just three books released. A fourth one, penned by Chris Avellone of Planescape Torment and Knights of the Old Republic 2 fame, has never seen the light of day, despite promises from the author.

The three books occupy a peculiar spot in the series. Two of them form a single narrative, collectively forming the Ghost Books, focusing on the titular Ghost, a Desert Ranger clone who wakes up at Sleeper One – a major location in Wasteland – with the body of the original near his cloning tube. Salvaging what he can from the body, he sets out to find his squad and find answers. Written by Michael Stackpole, one of Wasteland’s creators, and Nathan Long, the books are essentially a canonized playthrough of the latter half of Wasteland, with Ghost joining up with Snake Vargas and his team in defeating the death machines. The book serves to bridge the gap between Wasteland and Wasteland 2, as well as frame the game’s story in a more coherent fashion.

The third book in the series sets the stage for the second half of Wasteland 2. Written by Stephen Blackmore, it focuses  on Luke Samson, the founder of the God’s Milita. The Militia is one of the dominant forces in the Los Angeles wastelands, and the book describes the events that led to its emergence as the region’s dominant faith, genocidal gang, and decidedly unpleasant bunch of Christian zealots. 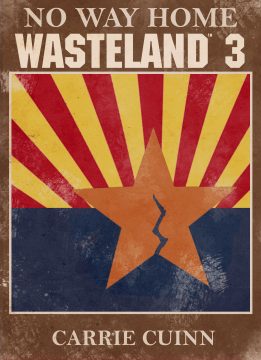 Wasteland 3 also provided its own send of novellas. Freed from the need to organize a 25 year old story into a coherent whole or introduce a completely new faction, these focus on the three major characters of Wasteland 3: Saul Buchanan, the aforementioned Patriarch (Legend by Ari Marmell), Colonel Angela Deth, the renegade Desert Ranger commander sent to Colorado in charge of an advance team (No Way Home by Carrie Cuinn), and Ironclad Cordite, the leader of Wasteland 3’s savage cyborg raider gang (Ironclad by Matt Wallace). Each novella focuses on a defining episode of their lives: The defeat of the Monster Army for Buchanan, surviving Los Angeles for Deth, and the rise to the leader of the Scar Collectors for Cordite.

One of the strengths of the novels is that they are genuinely expanding on the characters, without being mandatory for understanding the game itself. These facts are mentioned in passing, but not reading the novellas in advance will not deprive you of anything essential to understanding the story – it’s no Star Wars Episode IX, which required playing Fortnite, of all things, to hear the Big Bad’s proclamation to the entire galaxy.

Lords of Midnight: The Citadel