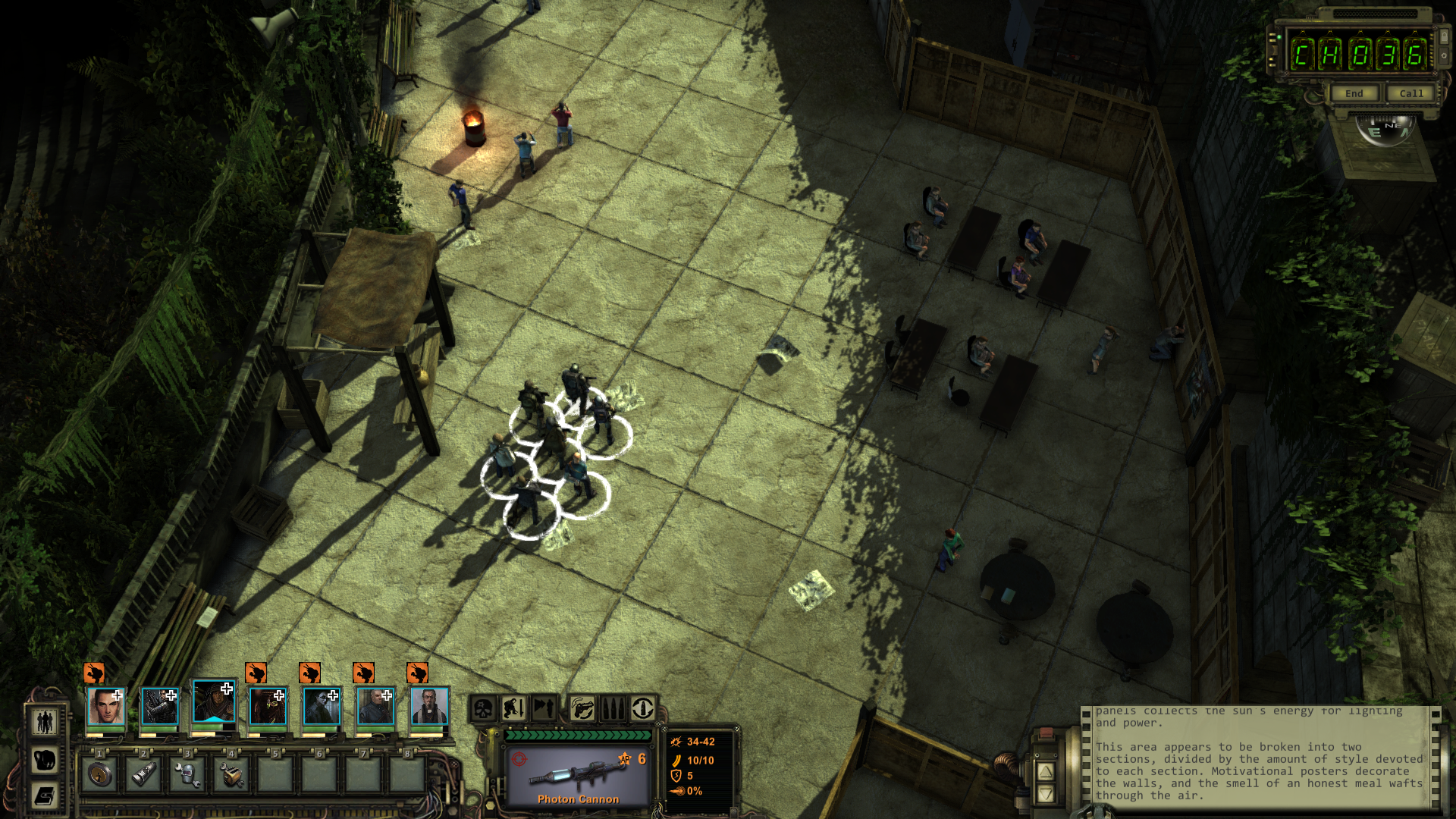 The real sequel to Wasteland took a long time to realize. Legal problems were part of the puzzle. While Electronic Arts used to own the trademark, it let the rights lapse and Brian Fargo ultimately had to purchase them from Konami in 2003, which trademarked the name in connection with its own Yu-Gi-Oh! titles. While he expressed interest in developing a sequel as early as 2007, it wasn’t until 2012 that inXile, his development studio, announced it publicly. It followed the example set by Double Fine’s highly successful Kickstarter that eventually gave us Broken Age, with a funding threshold budget of $900,000. Fargo committed to covering $100,000 out of his own pocket to bring the minimum budget to a tidy one million.

The goal was met in under 43 hours and became one of the most successful projects of the early years of crowdfunding, culminating in a grand total of over $3 million dollars (Kickstarter and PayPal together). As one of the first crowdfunded projects of this scale, Wasteland 2 broke new ground. Key among this was the involvement of the community, providing feedback on the game’s direction, design, and even assets for the game’s production. While tentatively scheduled for a release in late 2013, Wasteland 2 was delayed by a full year to allow for additional polish and beta testing. 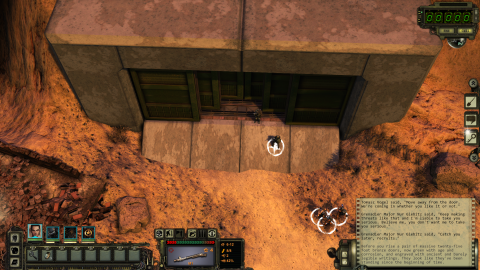 It finally released in September 2014, as a digital download and a physical edition for Kickstarter backers. A Director’s Cut followed a year later, bringing with it enhanced graphics, modified UI, voice acting for most characters and revamped level design and combat system, on top of dozens of other changes.

Set 15 years after Wasteland, in 2012, the sequel starts in Arizona, as the Rangers bury one of their own in the hot sands of the Ranger Citadel. General Vargas makes his funeral speech, as a distraught Angela Deth looks upon the coffin with the earthly remains of Ace, her lover and fellow Ranger. Moments after the coffin is buried, the general turns to you, already issued your weapons and equipment, and sends you out of the Ranger Citadel’s gates to investigate Ace’s death and continue where he left off…

Wasteland 2 is a soft reboot of the series, bringing it into the 21st century. The first part of the game is spent revisiting old stomping grounds of the Rangers, updated to match. You’ll run into numerous familiar faces – most notably Vargas, Deth, and Thrasher, the default team from the original game -, and explore familiar locations remade for a new generation of gamers. The degree of fidelity varies: The agricultural center’s central complex is a 1:1 recreation of the old location, while Highpool is a complete reimagining. In many cases you will deal with fallout from decisions you could make in the first game, such as at Highpool, where you have to reckon with the still fresh memories of Bobby, a child shot by Vargas’ team after he shot at them with his BB gun for killing his rabid dog, Rex. 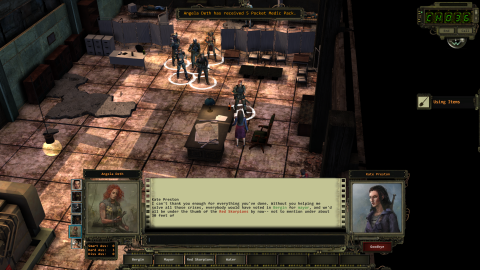 The challenges awaiting your fresh team of recruits vary, and the game wastes no time in forcing you to make hard choices. The very first of those is deciding which of the communities to save: The aforementioned agricultural center, which feeds Arizona and whose research could solve hunger in the wastes? Or Highpool, the loss of which will deprive Rangers’ territory of much-needed water and prove the Red Skorpion Militia right, that Vargas lost his touch and his men are incapable of protecting Arizona? Save one, lose the other. Retreat, and you can lose the one you tried to save, but the general will still expect you to finish Ace’s mission: Triangulating mysterious signals coming from beyond the deadly radiation walls surrounding Arizona.

You’ll make more choices as you locate the radio antennas, settling a tribal feud that might turn into a genocide, confront local militias, deal with deranged cultists worshipping a nuclear missile, save a town from a metallic menace, and eventually travel to the overgrown ruins of Los Angeles. Trading the dry deserts of Arizona for the mutated jungles of the City of Angels, you’ll be forced to deal with the local flavor, ranging from displaced Arizona gangs, through the impeccable Mannerites, fans of good manners and very humane sources of protein, to the Salvation Church, a violent Christian cult bent of purifying the wasteland for the glory of God.

After dealing with these factions, you’ll confront an old foe of the Rangers for the second and final time, settling accounts.

Your Ranger team, call-sign Echo, is given authority to approach the situation as it sees fit. You can jump through hoops and deal with the factions using diplomacy, showing the best side of the Rangers. Or, if you get tired of running errands, you can flip the safety off and start leaving a trail of corpses in your wake. Wasteland 2 doesn’t judge, but you might have to reckon with unforeseen consequences on the way. 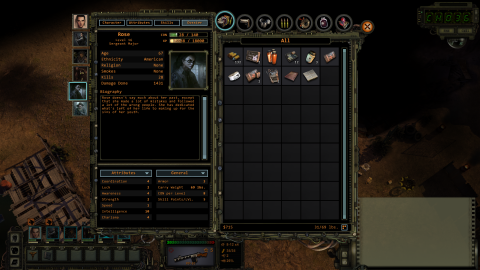 Aiding you is a reimagined character system, inspired by the originals. As before, you control four Rangers of your own making and up to three followers. Each is defined by seven statistics (Coordination, Luck, Awareness, Strength, Speed, Intelligence, and Charisma), tied to a grand total of 31 skills. These can be further modified by perks, armor, trinkets, and a broad variety of consumables.  This robust character system is designed to support building unique parties with a varied skill set to face the wasteland’s challenges.

The game does an admirable job of trying to keep skills relevant and giving a variety of options, including opening doors with the poor man’s lockpick, a TNT stick. The one drawback is the reliance on randomized skill checks. Even at the highest, tenth level of aptitude, you can still fail miserably at the task, resulting in a critical failure and usually an injury of some sort. This can be frustratingly common – the lack of alternative outcomes for failure winds up encouraging save scumming. The diplomatic options, affectionately, but vaguely named Hard Ass, Kiss Ass, and Smart Ass, are the exception: All dialogue choices are flat, hard requirements.

Unfortunately, dialogue is a limited affair. Although characters have a lot to say, the game adheres to the original formula and relies on keywords representing entire dialogue options, which sometimes prompt speech checks. You can’t go through the game without violence, unlike in Fallout, and eventually you’ll have to draw weapons.

Combat resolution is turn-based. Characters take turns sequentially, rather than as a group. The order in which they act is as important as the terrain. Taking a page out of 2012’s XCOM, cover is essential for survival, as is exploiting natural features and height differences. Enemies will try to play to their strengths, moving to better positions to improve their chances of scoring a hit or closing distance to deal damage and make it impossible for your snipers to bring their high-powered rifles to bear. 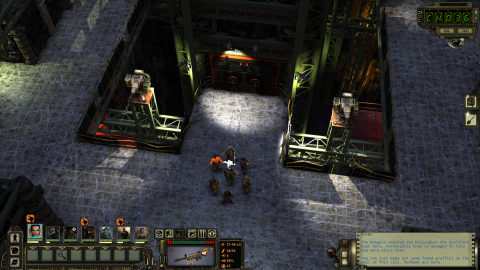 Wasteland 2 tries to give each weapon type has a distinct tactical niche. Assault rifles are versatile, but mundane workhorses effective at medium and long ranges. Pistols and SMGs have limited range and penetration, but with the right perks can be a tremendous asset thanks to their low Action Point cost. Heavy machine guns can deal tremendous damage, but cannot be modified and require plenty of ammo. Shotguns can hit many targets at once, but have minimal armor penetration. Energy weapons work well against armored foes, but deal minimal damage to those who aren’t. Sniper rifles deal tremendous damage, but as mentioned above, are useless in close quarters. Conversely, melee weapons can be very powerful, but are a gamble at the best of times. Finally, if all else fails, you can always just blow the enemy up.

Though the system isn’t perfectly balanced, with assault and sniper rifles having an edge due to their versatility and damage output, it works surprisingly well in practice. The game is filled with combat encounters, and especially in the early stages, can be quite unforgiving. You’ll find yourself desperately fighting to save wounded Rangers more than once, much like the original Wasteland.

In fact, the game is too much like the original. It is an impressive pedigree and makes for a good, top-down RPG. However, the adherence to replicating the feel of the original game, down to radioing for level-ups, prevents it from showing its true potential. As such,  it frequently ends up erring on the side of caution, rather than boldly exploring a new area.

The seeming lack of confidence in itself did not affect its success. Wasteland 2 did well. While it did not become another Skyrim, for obvious reasons, it laid the groundwork for the next game in the series, that could refine the new formula and push it in a new direction.

This time, it wouldn’t take a quarter of a century to arrive.