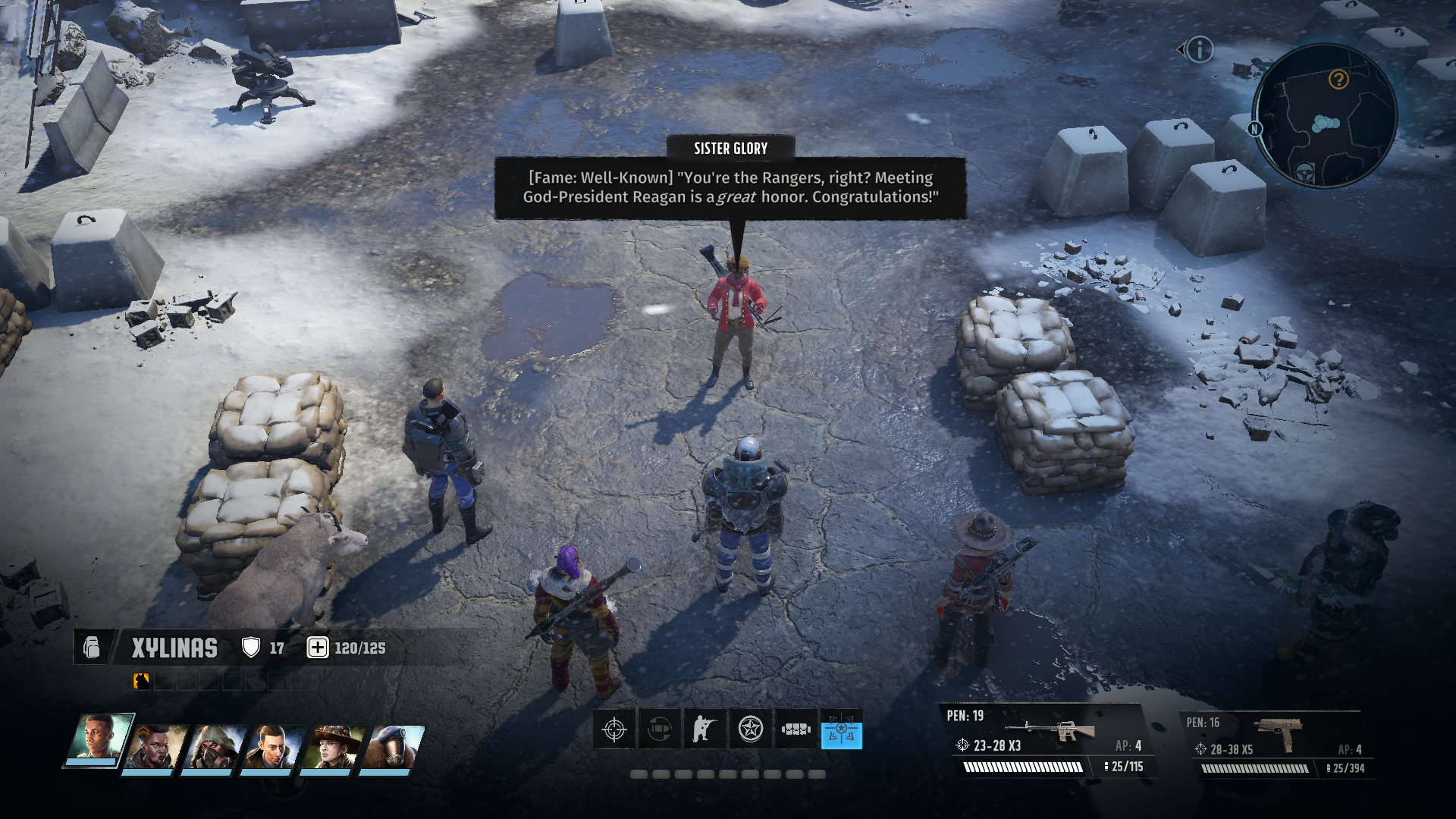 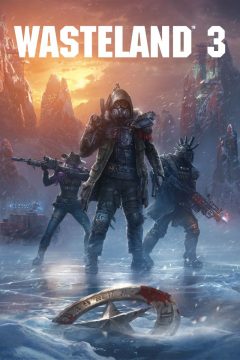 Announced two years after the release of the second game, Wasteland 3 similarly sought to obtain funds through crowdfunding, rather than finding a publisher. However, instead of Kickstarter, which was used to great success for the previous game and Torment: Tides of Numenera, inXile opted to use Fig, an equity crowdfunding platform. The campaign launched in October 2016.

Notably, while Wasteland 2 offered a laundry list of various incentives and opportunities for backers to add their own personalized items to the game – including entire shrines to be erected in their honor in the game – the follow-up was a lot more modest, with top level backers able to design an NPC to add to the game or a unique encounter.

The funding ended a month later, with a little over $3.1 million raised for developing the game, matching the success of its predecessor. But even with that success, the game would take twice as long to develop. The reasons are many, including an overhaul of the graphics made in-house, rather than crowdsourcing assets, as was the case with Wasteland 2, fundamental changes to the mechanics and systems, and ultimately a completely new setting.

The first two games explored the sun-blasted deserts of Arizona and the atomic jungles of California. The third is set in the Rockies, trapped beneath a permanent polar vortex. This unique phenomenon formed in the wake of the nuclear holocaust, turning the whole region into a polar wasteland, blanketed by a thick layer of snow and ice. Trading leather jackets for parkas and heat stroke for hypothermia, Desert Rangers are sent into this inhospitable wasteland to seek help for Arizona. 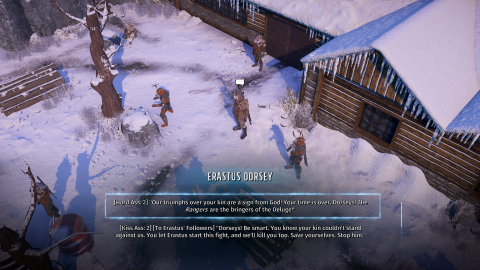 Two desperate wars against a robotic menace trying to exterminate humanity have ruined Arizona and left their mark on the Rangers. After General Vargas detonated a nuclear warhead at the Citadel to destroy the genocidal AI once and for all, the Rangers have been scraping by, trying to keep their territory in one piece.  In 2107, five years later, they are hanging on by a thread and Arizona seems doomed.

Enter Colorado, united under a single banner by Saul Buchanan, the Patriarch. Colorado is a proper nation in a world where most ended with nuclear weapons. A nation carved out of a land of ice and snow, whose ruler offers the Rangers a simple deal: Aid him in bringing his three errant children home, and in return he will save Arizona by providing the lands of the Rangers with all they need to survive. General Woodson sends a team to Arizona under Colonel Angela Deth, which disappears. Undeterred, he sends a second, larger force to make contact with Saul Buchanan.

Team November makes it to Colorado, only to be ambushed at the edges of the Patriarch’s territory. Only a handful of Rangers walk away from the deadly ambush, and even fewer make it to Colorado Springs to meet the Patriarch. Rather than turn you away, he gifts you with a place to set up a Ranger Center in and everything you might need to start building a Ranger presence in Colorado and aim him in effecting a family reunion for him.

Naturally, not all is as it seems. There are more than a few skeletons in the Patriarch’s closet and Colorado is not the utopia he declares it to be. Colorado Springs is a beacon of stability and prosperity, kept under watch by the Patriarch’s Marshals and ran by the Hundred Families allied with him. But from the very first moment there’s tension in the air – and it’s not just the latest raider incursion that somehow penetrated the city’s defences and took hostages with terrifying ease. 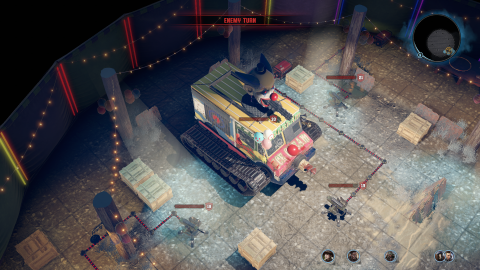 The further away you go from the Colorado Springs, the more complicated the situation gets. The deranged worshippers of Ronald Reagan are allied with one of the Patriarch’s children, but they also keep a stranglehold on the oil supply to the region. The Dorseys seem borderline feral at first, but in the end, they are tied to the Patriarch closer than he’d like to admit. Raider tribes that the Patriarch supposedly brought to heel are anything but destroyed. Then there is Colonel Angela Deth, who has plans of her own for Colorado that run counter to General Woodson’s orders.

You land in the middle of this Gordian knot and it’s up to you to decide whether you follow orders to work with the Patriarch, fight against him, or try to find a third way. Every decision has its consequences and in the end, you may find yourself stuck in a corner because you tried to do the right thing – losing an opportunity to gain enough reputation with a faction to enable a peaceful resolution.

It’s these choices that define Wasteland 3 and represent the core of its story and gameplay. They help make the game feel bigger than its predecessor and more replayable, despite being about half of its playing time and having fewer areas to explore. Each area is packed with characters, quests, and opportunities, with little need to backtrack. It’s the perfect example of how more depth and less breadth can translate to a much better video game. 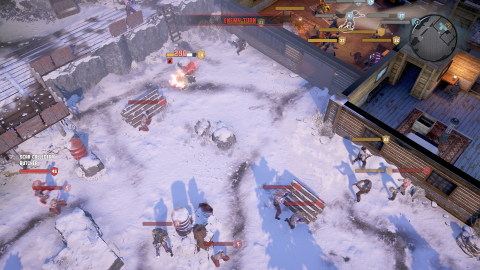 It begins early: At the start you only create two Rangers, instead of the full squad, and have a much gentler learning curve. Once you gain your new Ranger Center at Colorado Springs, you can make new Rangers at will, who will be only marginally less effective than the main squad. Experimenting with different weapons and builds even in the late game remains a viable option, and existing Rangers can also be remade the same.

The CLASSIC system introduced  in Wasteland 2 has been streamlined. Attributes retain their major impact on each character, but there are just 22 skills as opposed to 31. Some were left intact (Animal Whisperer, Leadership, Barter, Toaster Repair), others renamed (Computer Science to Nerd Stuff, Demolitions to Explosives, Outdoorsman to Survival, Computer Science to Nerd Stuff). Similar skills have been merged to reduce overlap (for example, Safecracking, Lockpicking, and Alarm Disarm formed Lockpicking, while Field Medic and Surgeon became First Aid), with some removed entirely (Brute Force) or turned into a derived statistic dependent on attributes (Perception). Social skills have been modified somewhat, as the game now features a classic dialogue tree system. Hard and Kiss Ass were retained as intimidation and persuasion, while Smart Ass was scrapped in favor of using all the remaining skills in dialogue directly.

However, the biggest changes affected combat skills. Rather than asking you to specialize you from the start, you select from seven primary combat skills, usually grouping together several weapon types: Automatic Weapons (assault rifles and SMGs), Big Guns (machine guns and flamethrowers), Brawling, Melee Combat (blunt and bladed), Small Arms (hand guns and shotguns), Sniper Rifles and Weird Science. Each skill has a distinct tactical niche and can be specialized towards a particular weapon type with perks and weapon mods down the road. The sole outlier is Weird Science, which allows your characters to use weird tech, including  energy weapons. Unlike Wasteland 2, energy weapons now inflict various status effects, giving them another, different niche. 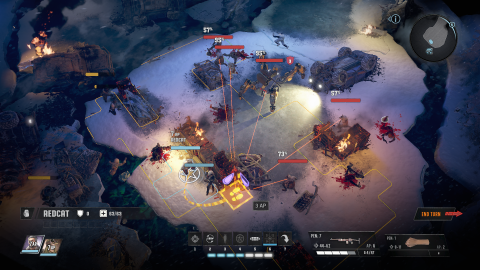 The final elements defining you team will be their gear, including three distinct types of armor (light, heavy, and weird, providing different special effects), broken up into helmets, chests, and legs, trinkets providing miscellaneous bonuses, and an extensive list of consumables ranging from booze to experimental, high-end drugs and wasteland cuisine. Your Rangers can even become cyborgs at considerable expense, though the effect is underwhelming, merely unlocking additional trinkets for equipping.

Rounding out your Ranger team will be two companions,  out of eight available. Each represents a different  aspect of Colorado, and reacts to the choices you make or even opens up different options, up to changing the endgame.

Wasteland 3 is a proper sequel to Wasteland, embracing new gameplay options while freely shedding what didn’t quite work, whether it be tedious inventory management that contributed little to the game or overly specialized combat skills with marginal use in practice. Coupled with the number of choices, non-linearity, and a distinctly atmospheric soundtrack with a haunting rendition of Land of Confusion by Stormi Henley, Wasteland 3 shows the potential laying in a proper post-post-apocalypse setting, like Obsidian Entertainment’s Fallout: New Vegas. 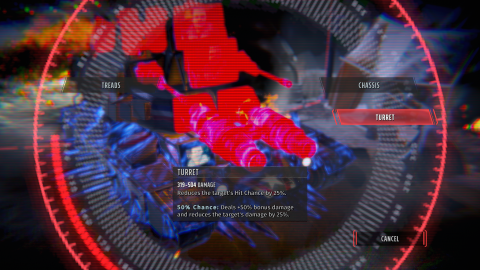 The one problem with the game is that there isn’t quite enough of it. A large amount of content would up on the cutting room floor, including some of the locations showcased in the Fig campaign, such as the Air Force Academy and its frozen nuclear explosion, the Steeltown arcology at Puebla, complete with an entire quest line related to inheriting the throne of Colorado, Cheyenne Mountain FADERs, and more.

Despite a full third of the game being missing on release and likely filed away for subsequent story DLC releases, Wasteland 3 is still a surprisingly good game that feels rounded. It’s no Tyranny, which goes strong for two thirds of the game, only to finish with a final act that feels severely phoned in to make it to the finish line.